We are verifying what is real and what is fake on previous viral posts that may resurface this hurricane season, and want you to know how to do so yourself. 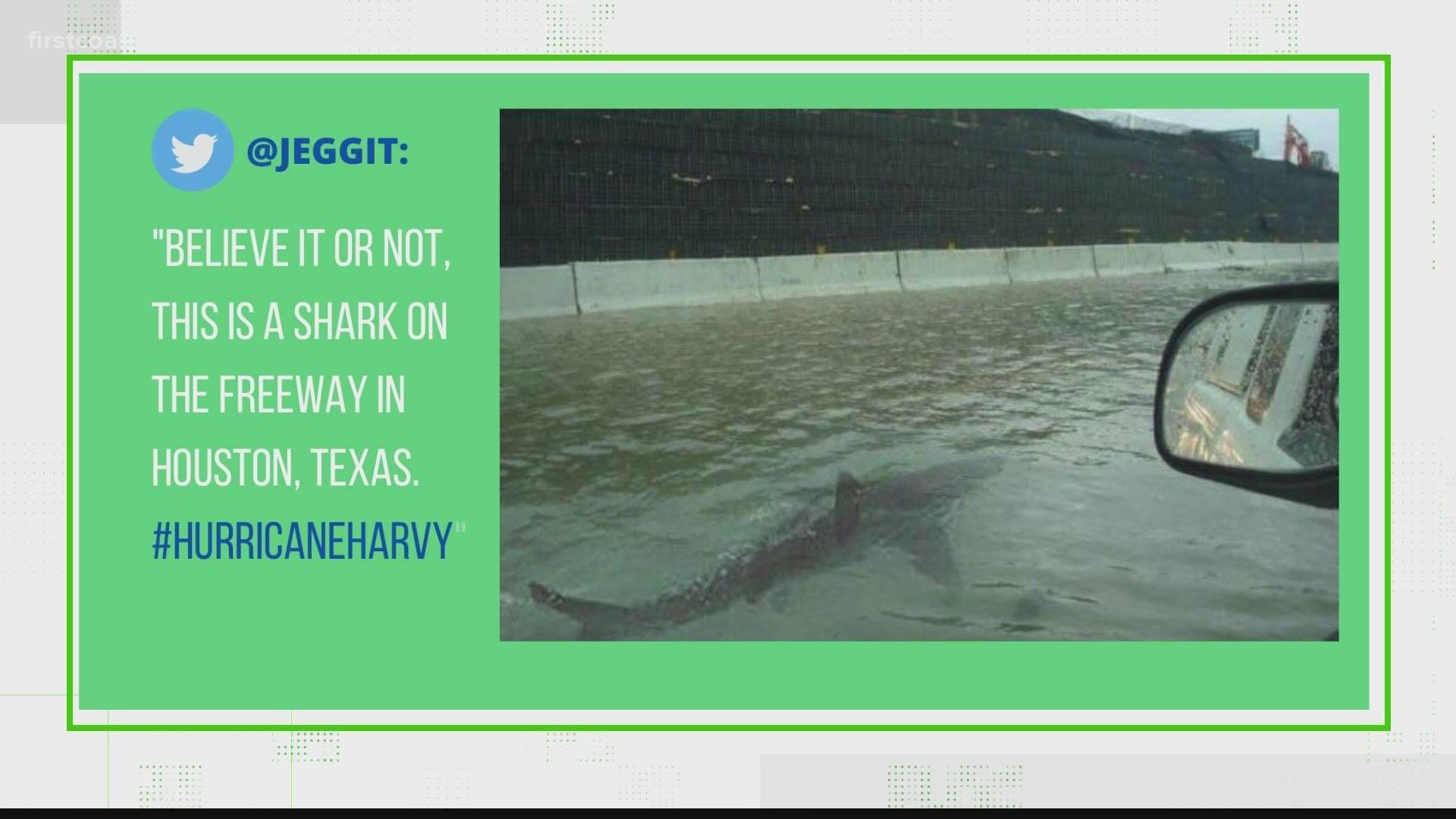 JACKSONVILLE, Fla. — One thing you can count on after a major storm is unbelievable photos on social media. Often, if they’re wild enough, they are going to get a lot of shares.

The problem is those pictures and videos can create serious worry and anxiety for people living in those affected areas.

We are verifying fact from fiction on previous viral posts that may resurface this hurricane season, and want you to know how to do so yourself.

Believe it or not, this is a shark on the freeway in Houston, Texas. #HurricaneHarvy pic.twitter.com/ANkEiEQ3Y6

After doing a Google reverse image search, you can find the photo surfaced years before hurricane Harvey and even went viral after hurricanes Irene and Sandy.

The search reveals the photo has been posted as far back as 2011 on Imgur. There is also no guarantee it is real.

Reddit users found similarities to a 2005 Africa Geographic photo, making many suspicious that it was photoshopped into the debated picture.

This picture is TRUE.

If you reverse image search the viral photo, it first started appearing during Hurricane Harvey.

WTSP Tampa Bay spoke to the original poster, who said her mom owned the facility in Houston. Her husband originally tweeted the photo out to try and spread the word, so boaters would try to help.

In this case, retweets may have saved these residents, as the word got out quickly.

YOU CAN VERIFY FACT FROM FICTION

As crazy posts surface this hurricane season, you can debunk these photos yourself.

First, try a reverse image search on Google. It will bring up where on the internet it has been found, and often there’s a date that says when it was published.

You can do the same for videos. Take a screenshot of the video and do a reverse image search of that.

Another way misinformation is quickly disseminated is with bots.

Bots use countless accounts to retweet and share fake posts.

Here are some ways you can detect a bot.

Verifying fact from fiction can stop the spread of misinformation, or even save lives, which means your simple share has a lot of weight to it. So when you see these viral posts make sure to do your research before sharing.