VERIFY: No, you aren't sending friends to 'Facebook Jail' by shaking your phone

A software update means shaking your phone could get your Facebook friends banned from their accounts?! That’s the claim our Verify team is looking into. 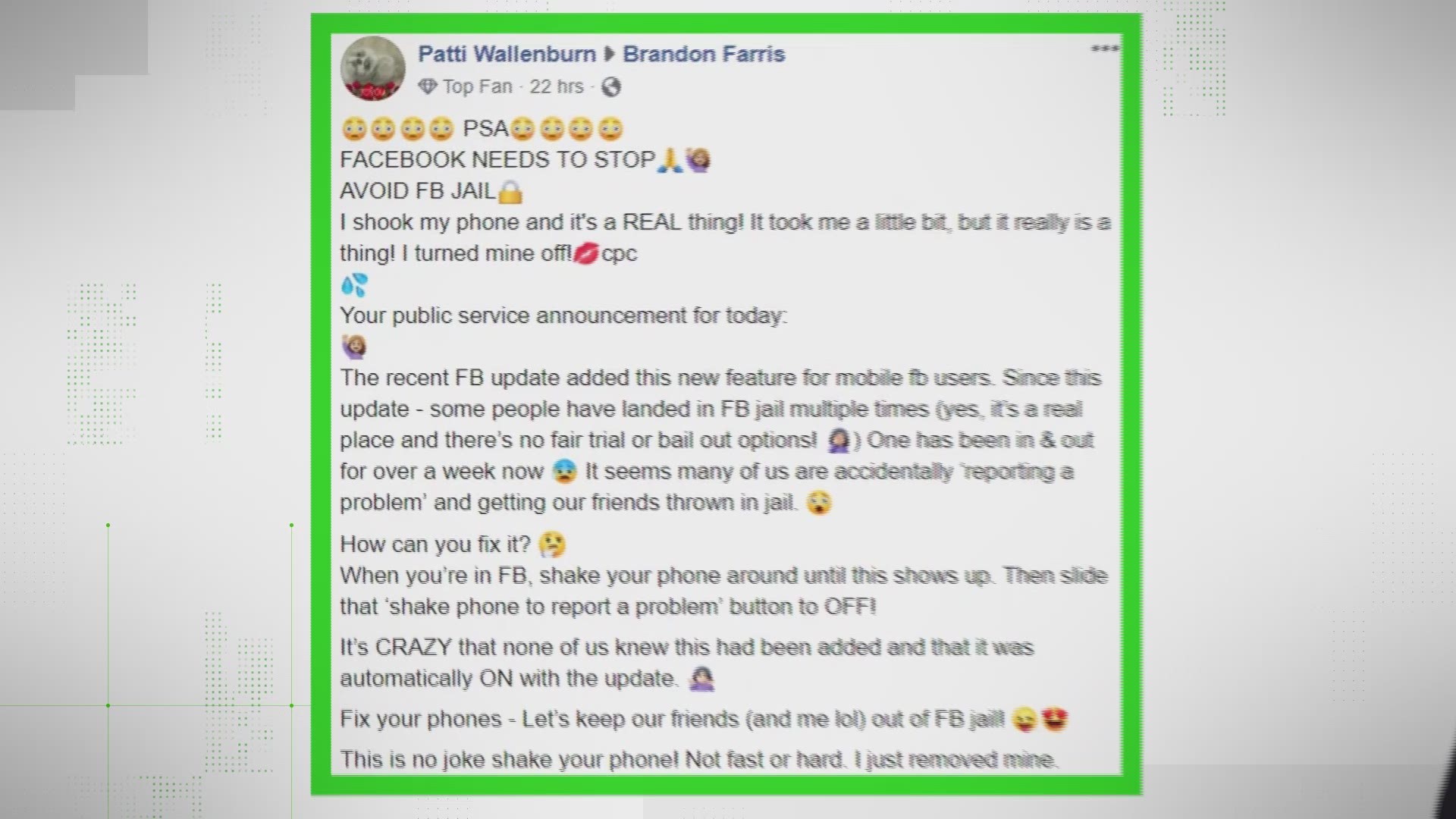 That’s the all-caps message on one version of a claim popping up in emails and social media posts.

Basic claim: That a new Facebook update added a feature on your phone. If you open the app and shake it, a menu pops up to “Report a Problem.”

The post says people are accidentally “reporting a problem, which can result in getting your friends thrown in “FB jail.”

Is this true? Can shaking your phone, even in your pocket or purse, accidentally report your friends to Facebook?

It’s also impossible to accidentally post one of these reports because they require you to separately write a report and hit “send” before they are submitted.

If you update your Facebook app to the most recent version, you will have the shake-to-report function.

Simply shake your phone and a menu will pop up that lets you report a problem.

If you click through the options, you’ll be able to write to Facebook about a technical problem and submit it. And that’s about it. If you have an issue with content, the function will re-route you back to the post itself.

We can Verify the claim going around in multiple posts is False.

While the shake to report feature is real, it’s not possible for you to “report” a post or friend and it can’t be done accidentally.

But, the posts are actually correct about one thing If you don’t want the feature  - shake your phone once and slide the little blue button turn it off.