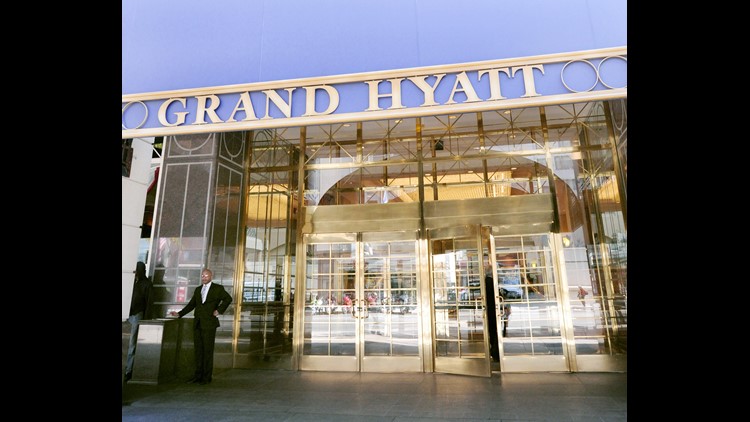 VERIFY: No, Hyatt Hotels never said they're banning conservatives from their properties

No, the hotel chain CEO said there's no place for hate groups at any Hyatt properties.

Verify is all about getting you answers to those questionable claims you see trending online.

Like this hashtag, "Boycott Hyatt" that's been circulating on Twitter. People are sharing this hashtag saying they are boycotting the hotel chain because they do not want support the President or want conservatives staying at their hotels.

So we got answers to find out if this is true.

Our squad tracked down the origin of the viral rumor, a letter posted on Twitter from pro-Trump advocacy group, Act for America, saying that Hyatt's decision to ban hate groups from gathering at their hotels in reality is a choice to ban flag waving American conservatives.

“Hyatt President and CEO Mark Hoplamazian recently announced that Hyatt will no longer allow hate groups, those who primarily seek to disparage or demean a specific group of people, to host meetings or events at our hotels moving forward. It’s clear that consumers today – and especially employees – have even higher expectations of companies to live their values. Hyatt is a company that’s clear in its values and what it stands for – our purpose is to care for people so they can be their best. We’ve been taking new strides every day to live our purpose, and that has included a fresh look at many things. On the heels of some guest and colleague feedback we received about groups, we decided it was the right time to take a fresh look at our practices around hate groups. This is a complex and emotional issue, but what we’ve concluded is that we need to commit to a higher level of vetting such that groups using hate speech, primarily seeking to disparage or demean a particular group, are not welcome in our hotels.”

Hoplamazian spoke about the hotel chain changes at the Skift global forum event on September 27.

But as for the hotel chain outright turning away conservatives? That's not true, since they're hosting The State and Nation Policy Summit by The American Legislative Executive Council, which has had conservative values.

So we verified this claim is false, the Hyatt Hotel chain has not banned conservatives from their hotels.