VERIFY: What we know about penalties Aiden Fucci faces if convicted of 1st-degree murder

The decision to charge Aiden Fucci as an adult raises a number of questions. We've got answers. 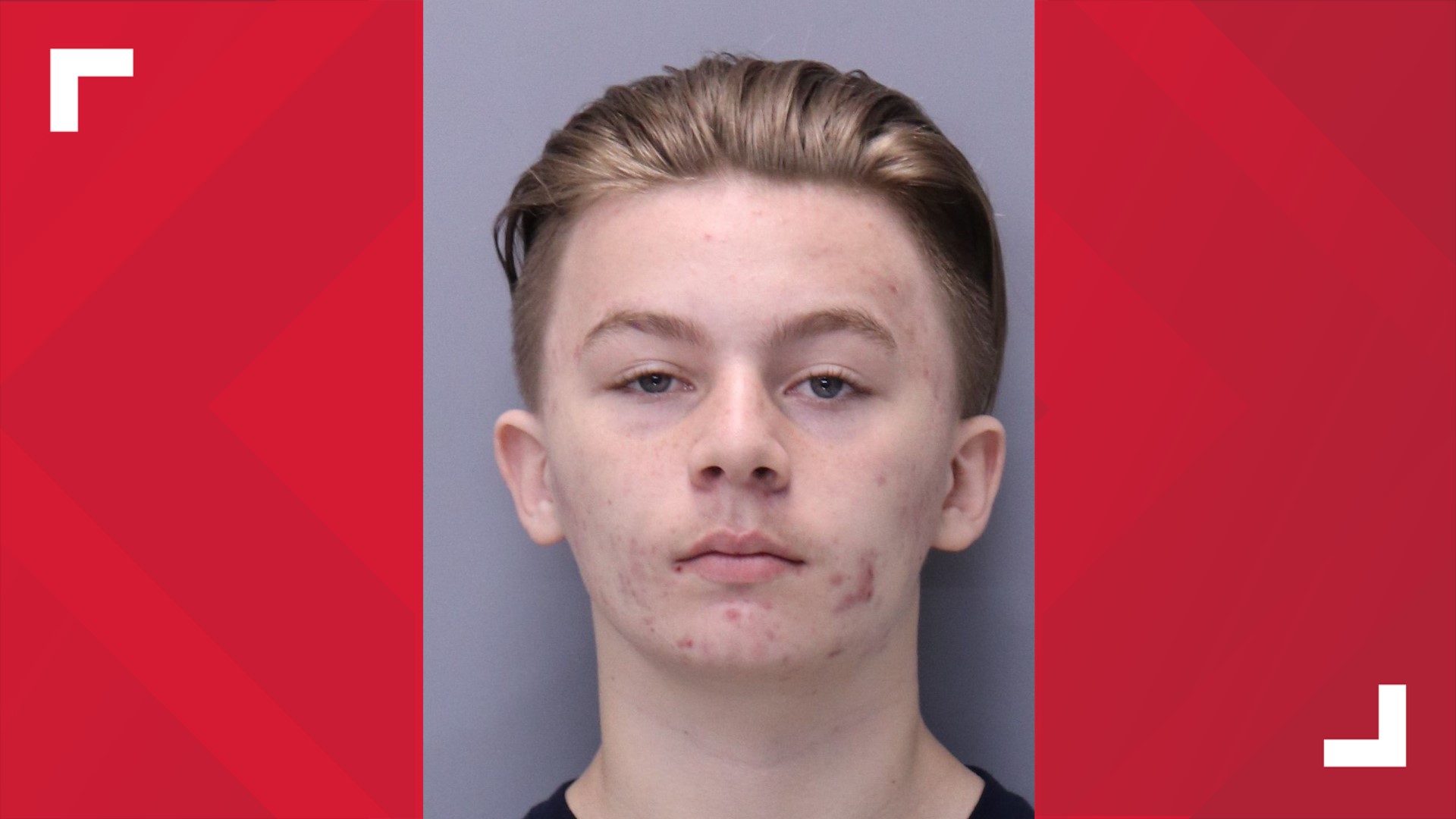 ST JOHNS, Fla. — The 14-year-old accused of stabbing 13-year-old Tristyn Bailey to death in a wooded area of their Durbin Crossing neighborhood is now being charged with first-degree, premeditated murder, the State Attorney announced in a news conference Thursday.

The upgraded charge means Aiden Fucci is now being tried in adult, rather than juvenile, court.

The decision to charge Fucci as an adult raises a number of questions. The First Coast News VERIFY team has answers.

Why is Aiden Fucci being charged as an adult?

Adult charges automatically attach to a first-degree murder indictment. When the grand jury indicted Aiden Fucci on May 27, his case automatically moved out of juvenile court to adult felony court.

Is he being charged as an adult because of the change.org petition?

There was considerable community pressure on 7th District State Attorney R.J. Larizza to move the case to adult court, but he said the pressure did not affect his decision to pursue a first-degree murder indictment. “It was clear to us after we looked at what happened, that it was not only appropriate to charge the defendant as an adult, but it was really the only choice that we could make," he said at a press conference Thursday.

Can Fucci receive the death penalty?

No. In 2005, the U.S. Supreme Court found the death penalty unconstitutional for defendants who were under 18 at the time of their crime. The landmark case, Roper v. Simmons, found executing minors violated Eighth Amendment prohibitions against “cruel and unusual punishment” and Fourteenth Amendment rights of equal protection under the law, because at that time, different states had different rules.

What is the maximum punishment Fucci could recieve?

But Florida law does require a judge to review the life sentence of a juvenile 25 years after his or her arrest. At that point, the judge can consider a number of factors in deciding whether to modify a life sentence, including whether the victim’s family objects, or if the defendant still poses a risk to society. See FS 921.1402 (6). Regardless of what happens at that 25-year review, a juvenile convicted of murder in Florida must serve a statutory minimum of 40 years behind bars. See FS 775.082 (1)(b)

What is the minimum sentence Fucci could receive?

Florida has a mandatory minimum sentence of 40 years for juvenile defendants convicted of murder. Therefore, if convicted, Fucci will serve a sentence of between 40 years and life in prison. That decision would be made by the judge in the case, Circuit Judge R. Lee Smith based on statutory sentencing criteria. See FS 921.1401

Why is he being charged with premediated murder?

In Florida, premeditation can mean a murder that was planned out in advance, or just thought about before the crime was committed. It’s defined as an intentional and deliberate act to kill someone. In this case, Larizza said Fucci told several friends before Tristyn Bailey's death about his plan to stab someone to death. Larizza also said, given the 114 stab wounds the Medical Examiner found in the victim, premeditation existed throughout the crime.

Also, a juvenile awaiting trial on adult charges is held in an adult jail instead of a juvenile detention facility (although they are typically housed away from the general population).

And penalties are much greater in adult court. Convicted juveniles cannot be sentenced beyond their 19th birthday (and in some rare circumstances, 21), whereas a juvenile sentenced as an adult can serve life in prison.

Finally, the juvenile system also aims to rehabilitate a child offender, and provide services. The adult system does not.

“The juvenile system is not equipped for cases like this,” Larizza said Thursday. “The maximum time that the defendant could spend in the juvenile system would be until he’s 21, and he'll be 15 this year. That is not adequate or appropriate for what happened here.”

Do you have questions about this case you want Verified? Email them to news@firstcoastnews.com.