A post on social media suggest the mistake could lead to voter fraud. But, election officials explain why it will not. 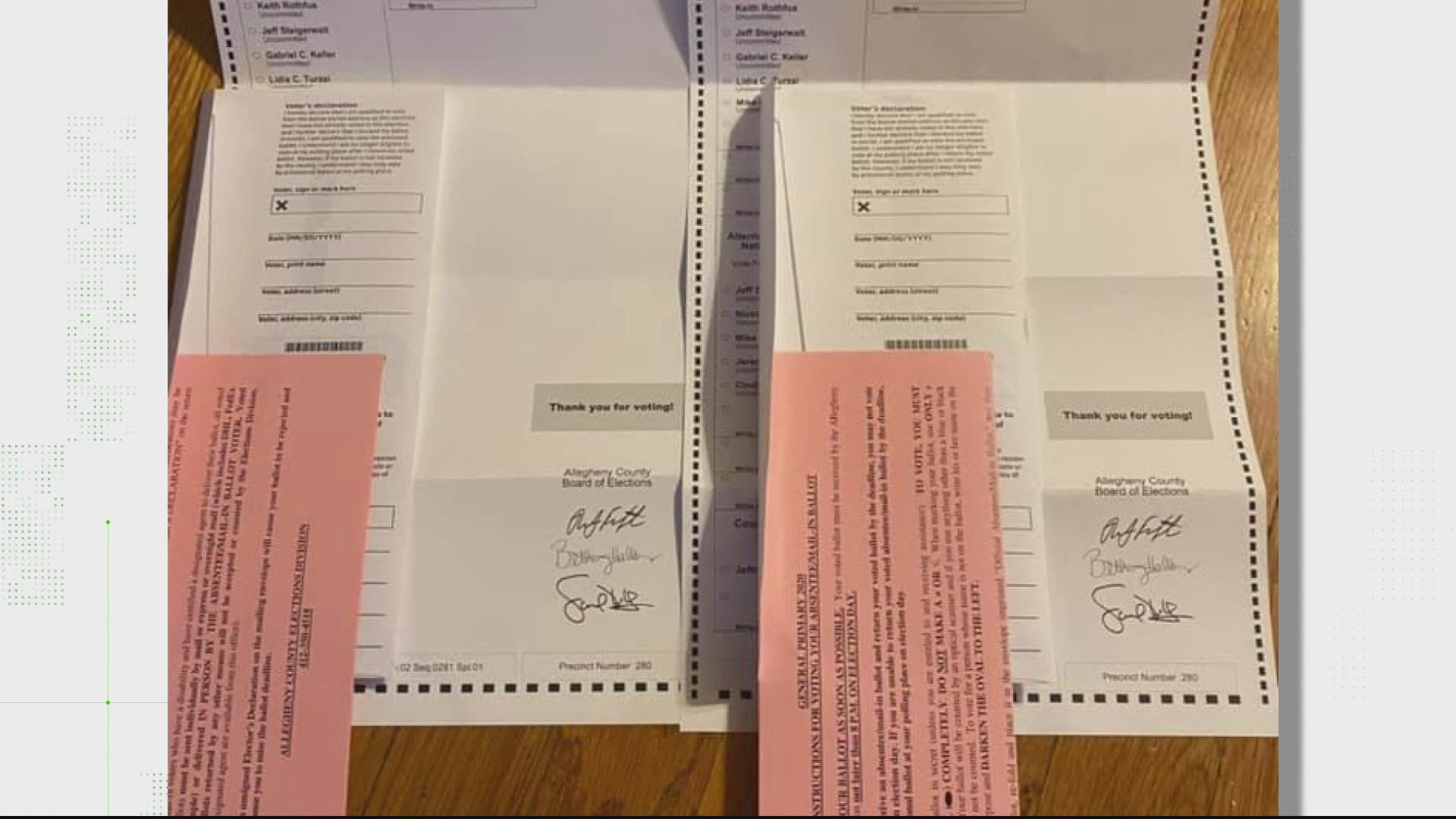 WASHINGTON — It looks more and more like mail-In voting will play a significant role in the November election. That is leading to all sorts of posts online about how it will work or could cause problems.

On social media, people have shared a picture of two identical mail-in ballots the poster claims were sent to the same voter. The post seems to suggest that mistakes like this will create voter fraud.

Here’s how we investigated. Our researchers enhanced the picture to get a close look at the ballot.

We found the label at the bottom suggests it came from the Allegheny County Board of Elections. The top of the ballots reads: Indiana District.

Our research online showed the ballot was from Pennsylvania’s Indiana Township in Allegheny County.

We sent the picture to the county’s elections division, and got a response.

According to the Allegheny County Elections Division, these ballots came from the June 2 General Primary.  A spokesperson for the Election Division said a system issue resulted in thousands of duplicate ballots getting issued for mail-in and absentee votes.

However, as far as this leading to potential voter fraud, according to the Elections Division, both ballots have the same bar code. That means even if both were sent back, the vote could only count once in this county.

The county issued a statement a month before the primary election day.