Reason for the payments are unclear, but are discussed in a secret recording obtained exclusively by First Coast News 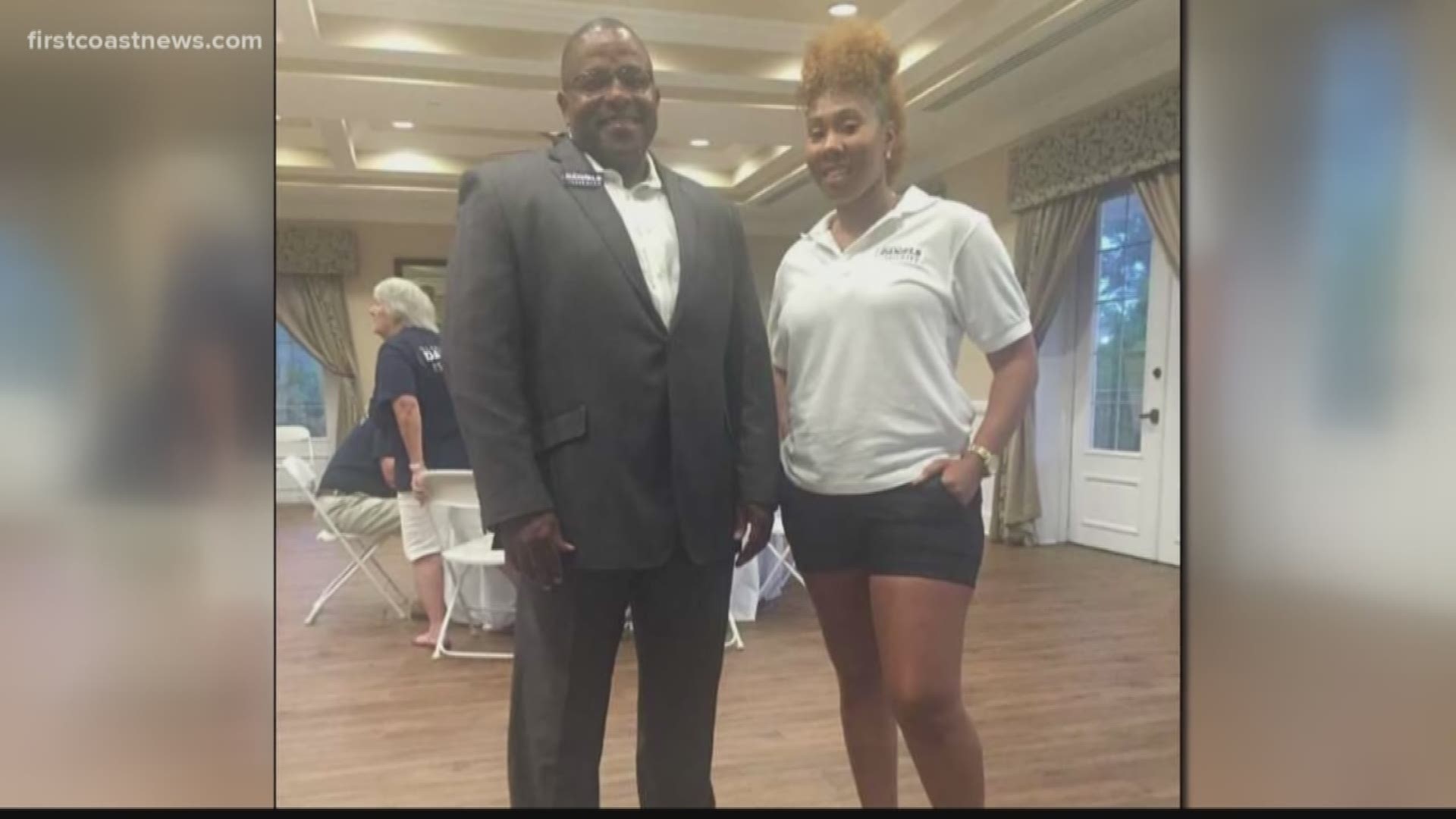 As First Coast News previously reported, Daniels has admitted to a years-long affair with corrections officer Cierra Smith, his subordinate while he was director of the Duval County Jail.

The affair came to light as part of an Internal Affairs report into the officer, Cierra Smith.

The report does not implicate Daniels in any wrongdoing, but it includes two recordings – made without the sheriff’s knowledge or consent -- that detail the relationship.

Now, a third recording has been obtained by First Coast News.

In it, the sheriff acknowledges making payments to Smith over a period of several years. The following exchange is between Daniels and his wife Denise, both whom are being secretly recorded by Cierra Smith’s estranged husband.

DARRYL She was doing more than reaching.

DENISE So what was she doing? What you mean more than reaching?

DARRYL She was receiving money.

DENISE OK, so she was receiving money from you all the way up until three months ago in 2019?

“I don’t know if those payments could be viewed as: I’m paying you money to support you -- or maintain your silence.”
The sheriff was traveling this week and unavailable for comment.

Baughman says the sheriff’s involvement in the affair probably is an embarrassment. If people lose confidence in you that’s never good,” he said.

But he doesn’t think it will have lasting impact on his administration.

“I don’t think the sheriff in any way has lied hasn’t denied it there’s no issue with veracity,” he said. “We’re all human we all make mistakes. I don’t think he intended to hurt or do anything wrong he just did and now he regrets it.”

The Florida Department of Law Enforcement confirmed it has received the JSO investigation and is reviewing it to determine whether or not allegations are criminal in nature. First Coast News has learned they are also reviewing an incident last week in which Daniels called his own agency to report Smith was stalking him. A spokesperson for the CCSO said the sheriff may comment on this “personal matter” on Friday.

Watch First Coast News at 6 p.m. for more details on this story.