UNSOLVED: The murder of Valerie Ames

Valerie Ames was just 31-years-old when she was beaten and stabbed to death in Riverside in 1996. Her children had to grow up without their mother and without an answer about who took their mother's life so viciously. But investigators are reopening her case, hoping new technology could bring her family closure. 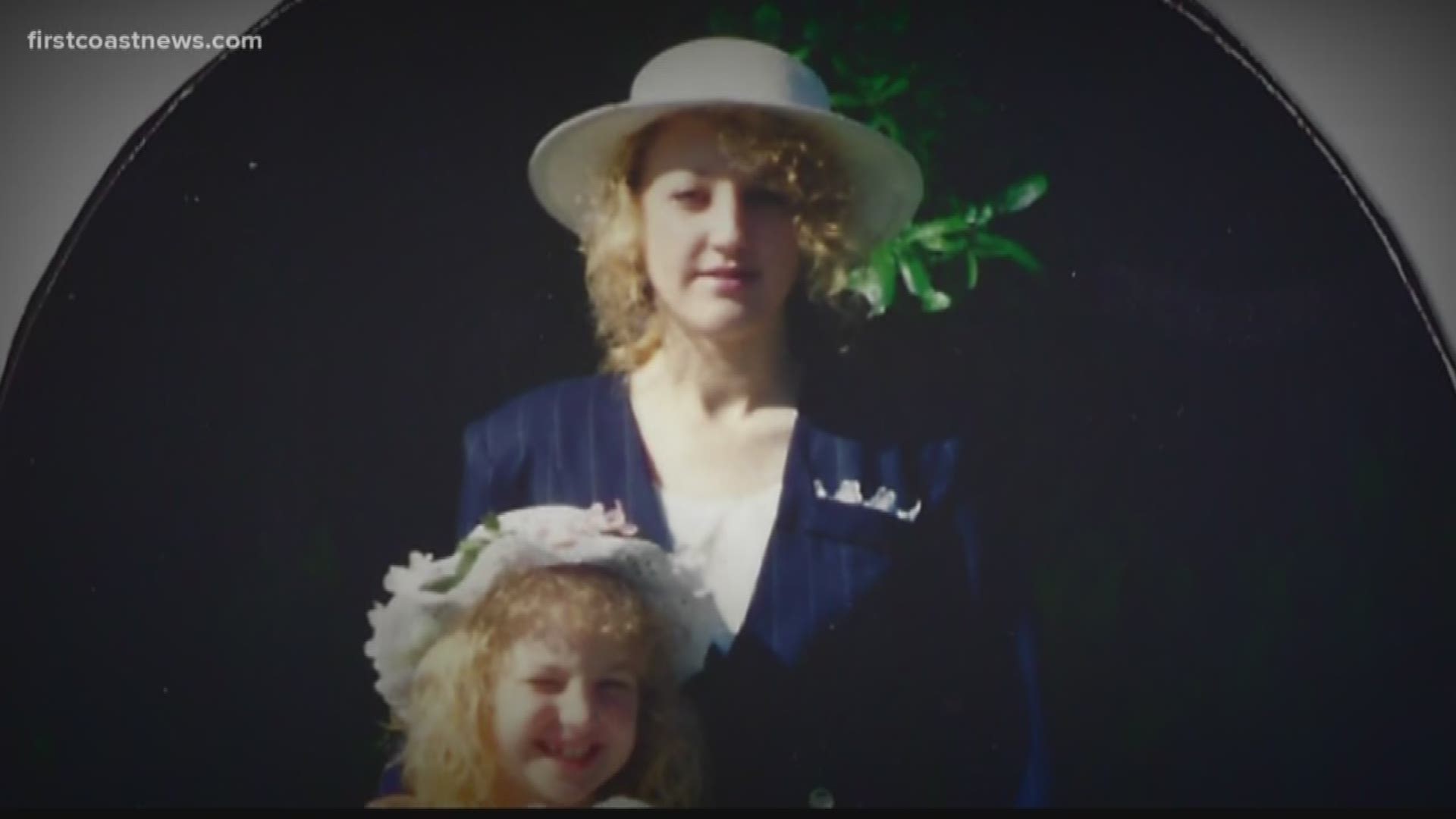 JACKSONVILLE, FL - "I was only five, so I don’t remember a whole lot, but do know she was all about her children. That was her whole life," tells Michelle James as she sat in the office for Project Cold Case in downtown Jacksonville.

Smiling photos spread across a table are all she has to remember her mother, Valerie Ames. A woman that loved riding horses and camping, but most of all – loved her children.

Her older sister was nine, Michelle only five, but she remembers her final moments with her mom at her 5th birthday party.

"I was on her lap, it was Barney themed, I was little and that was the last time I saw my mom," says Michelle as tears well up in her eyes.

After that, old news reels continue the story. It was August 10, 1996, Valerie’s body was found inside the Courtyard Apartments on King Street in Riverside. But the apartment was not hers.

"The gentleman who leased the apartment was arrested the night before," tells Det. Harmoni Brooks with the Cold Case Unit at the Jacksonville Sheriff's Office.

She says their timeline rules out the man that leased the apartment, but Det. Brooks says after the man’s arrest, the apartment was left unlocked. Inside was a gruesome crime scene, at 31-years-old Valerie Ames had been stabbed and beaten to death. The murder weapon was never recovered.

Interviews were done and leads were followed, Det. Brooks has the original case file of around 500 pages… but the case became cold. Stabbings are a personal, close contact crime, which gives Det. Brooks hopes that maybe traces of Valerie’s killer were left behind.

"Right now what we are focusing on is the evidence inside the crime scene and the fact that we are 22 years later with greater DNA technology," she explains.

With more than 30 pieces of evidence authorities can retest for DNA, Det. Brooks is officially reopening the case. Something Michelle and her family have always wanted. She says the years have done nothing to numb the pain of losing her mother so violently.

"My mom could not be there when I had babies. My grandmother had to live the rest of her life knowing she buried her daughter," tearfully explained Michelle.

After more than 20 years, all they want is an answer about who took the life of a young mother of two in Riverside in 1996.

"Help us get a name," tells Michell,"Help us end this battle, we have been fighting for so long."

There is no statute of limitation on murder, so if you know anything about the murder of Valerie Ames in 1996, please contact the Jacksonville Sheriff’s Office or Crimestoppers at 1-866-845-TIPS(8477)

For a look at the coldcase database or if you are the family of a cold case victim and are looking for help- visit www.projectcoldcase.org