UNF Surf Team heads to Nationals in California this weekend

No East Coast team has ever taken home the National title, but the UNF squad is looking to make history this time around. 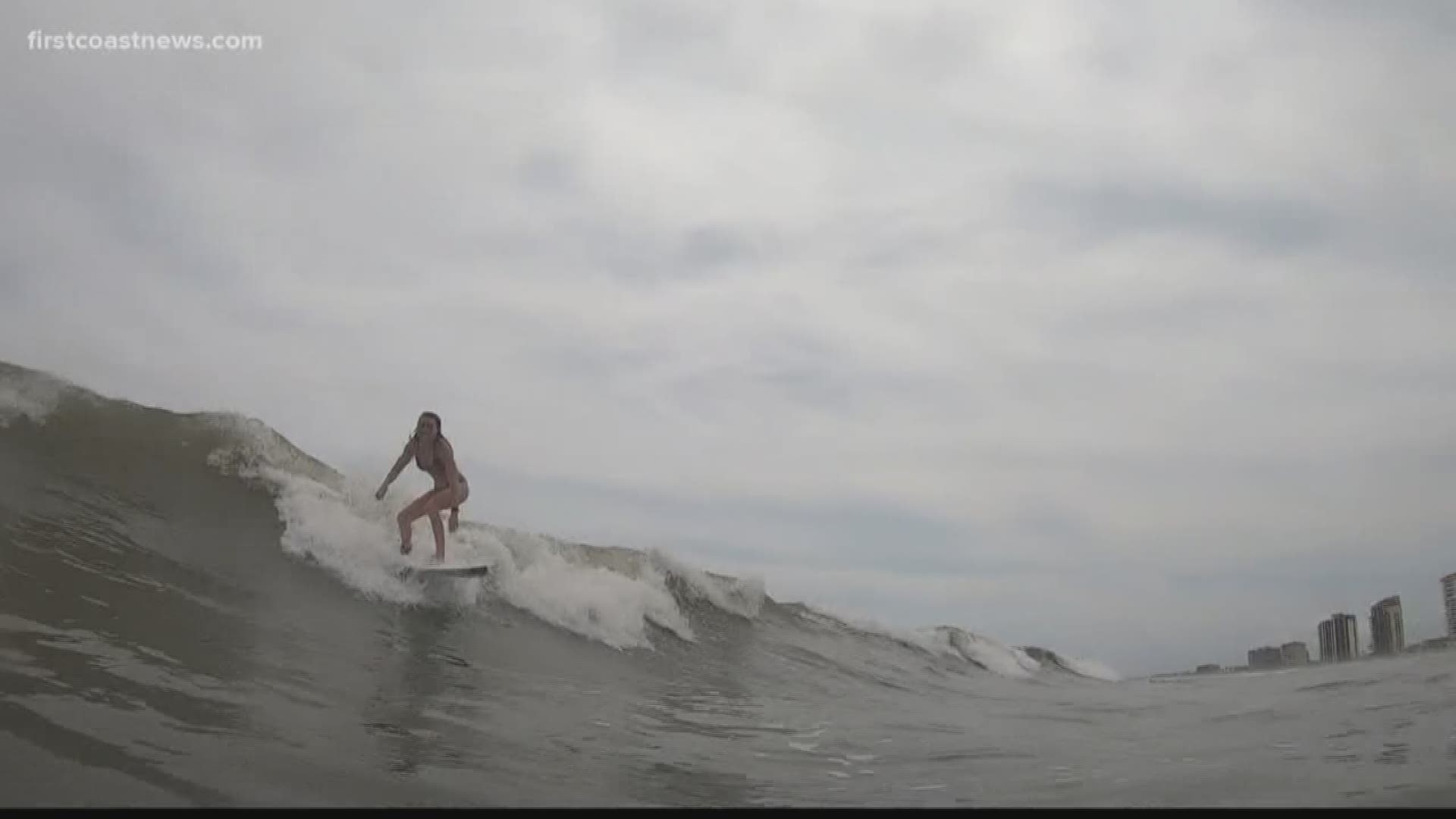 JACKSONVILLE BEACH, Fla. — For five years in a row, the UNF Surf Team & Club has claimed the title, “Best on the East Coast” by winning the NSSA East Coast Championship. This upcoming weekend, the crew of local surfers will take their skills to the National Championship in southern California where they’re ready to make history.

“We’re all just hungry to finally break through and be that first East Coast team to win Nationals and show California what we’re made of,” said Jon Jon Kaidy, President of the UNF Surf Team & Club.

No East Coast team has ever taken home the National title, but the UNF squad is feeling optimistic this time around. They’ve been close in years past, within the last five years they’ve placed third and second a handful of times.

The group of surfers explained how different it is surfing on the East Coast compared to the West Coast, agreeing that the waves here just aren’t the best. But many on the team find that to their advantage, stating how that comparison is all about perspective.

“We’re so used to battling it out and finding anything that’s rideable,” said Avery Aydelotte, a freshman at UNF. “So, when we get out there it just puts our surfing at a whole new level.”

Credit: WTLV
Kat Neff on some waves in Jacksonville Beach.

The National Scholastic Surfing Association holds their collegiate Nation Championship at Salt Creek Beach in Dana Point, California. Each school competing will be sending six men on short boards, one longboarder and two female surfers to represent their school. The UNF squad says they pride themselves on building a strong surfing community. In fact, there is a GPA requirement needed to compete in the competitions.

“[We] continue to utilize surfing as a reward,” said Kaidy. “You know, go out and enjoy surfing but understand that it’s still important to do well in school.”

Many of the surfers on the team have been competing since they were young kids and they attest their success with UNF to simply having fun.

“I think our team, the chemistry we have, does a great job of just diluting that pressure,” added Kaidy. “And making everybody feel as if it’s just another day at the beach.”

The NSSA National Interscholastic Championship will take place June 15th to 18th. If UNF is able to claim first place, they’d be the first East Coast team to ever do so.