UNF research could predict future of gators in Florida

UNF student Molly O'Brien is studying 400 eggs nesting at UNF. Molly and assistant professor Dr. Adam Rossenblatt are seeing if temperature will affect the outcome of the sex of the gator. 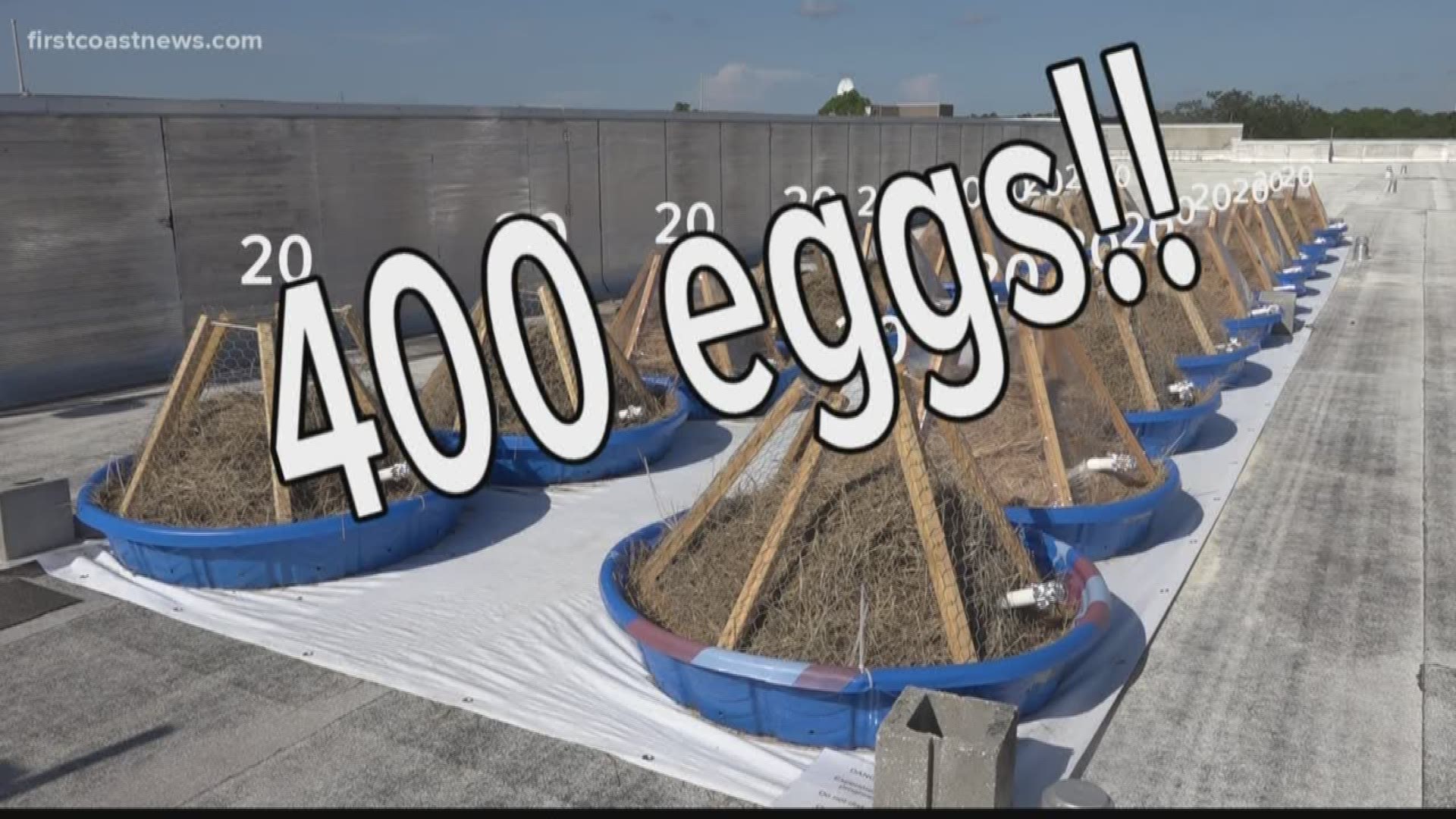 JACKSONVILLE, Fla. -- There's a unique research project at the University of North Florida (UNF) that could predict the future of alligators in Florida. UNF student Molly O'Brien is studying 400 eggs nesting at UNF.

But why is this research so important and how does it tie back into gator population?

"As alligators develop, the sex of the alligator is determined by the temperature of the nest," said UNF assistant professor Dr. Adam Rosenblatt.

They have 20 nests they're watching with 20 eggs each.

So, like a normal nest you'd find in nature, they're looking at what climate change could do to the gator population.

"It could shift away from females because females are produced at lower temperatures and it could be more male-biased as we get into the warmer temperatures," Rosenblatt said.

Could that eventually be the end for gators in Florida? Not necessarily, but it does mean Grandma up in the north might start seeing these bad boys knocking on her front door.

"Right now, the northernmost range is the Carolinas, but north of there is too cold for them. But, as climate change continues, we could conceivably start seeing Virginia get alligators or even more northern states than that," Rosenblatt said.

Once it gets closer to the gators hatching, they'll be brought inside and you'll be able to watch it on a gator cam. Their sex will be recorded and then they'll go back to Louisiana.