"Cello called out to me, so I picked the cello, and that was when I was 12 and I've been playing ever since." 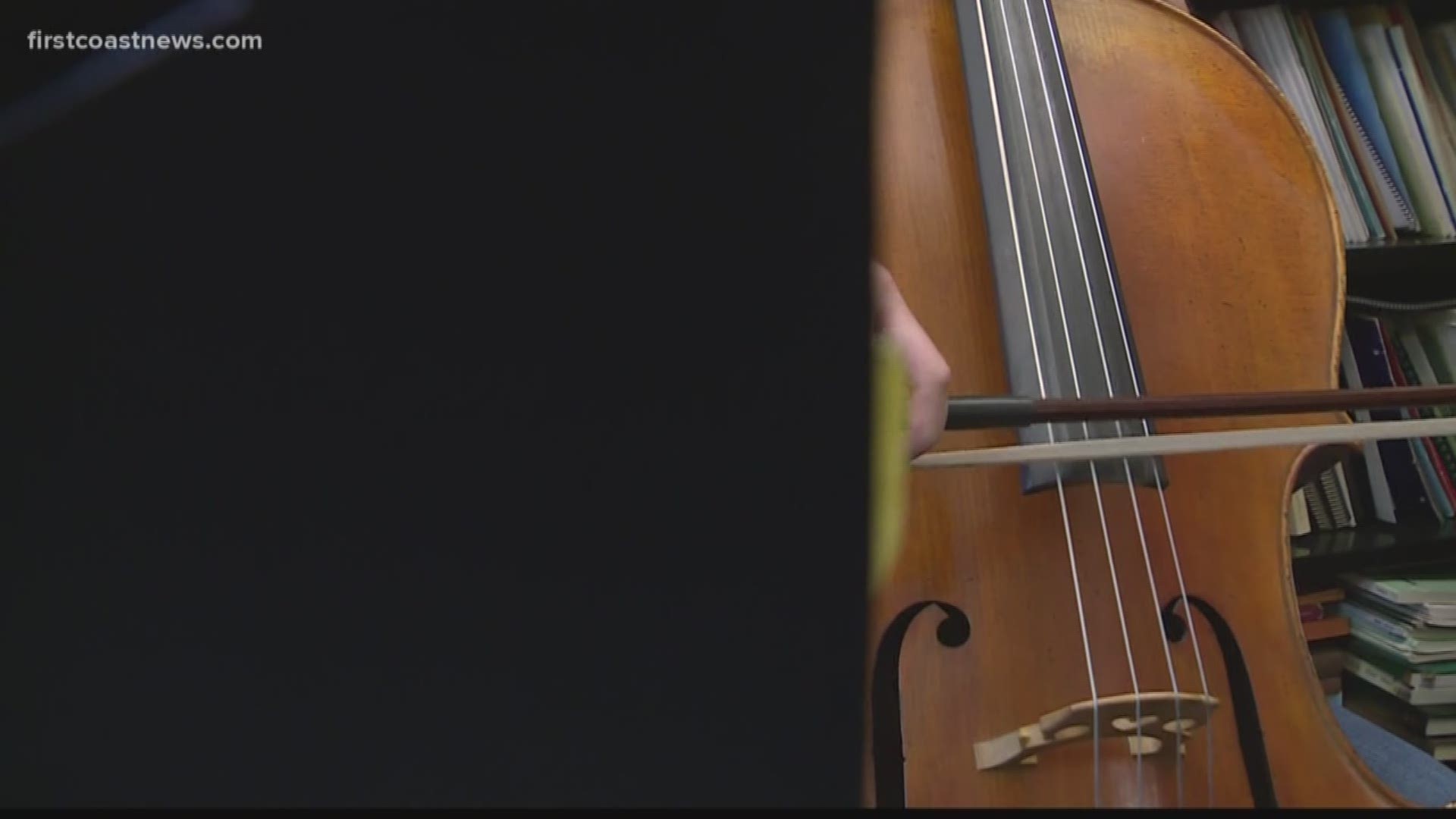 For high school students, picking a college can be a daunting task. How do you know where you want to or where you should go?

For University of Florida Junior Hannah Shute, she thought she was going to UNF for soccer, which she did until she decided her passion was in another field: music. Now, she's being rewarded and honored for her skills.

Music has always been a part of Shute's life. She started with piano when she was around 6, but then had the choice to join band or orchestra.

"Cello called out to me, so I picked the cello, and that was when I was 12 and I've been playing ever since," said Shute.

Even before she picked up an instrument, she had another passion.

"I started soccer when I was about 5 and that love for soccer and passion continued throughout the years," said Shute.

Dr. Nick Curry, associate professor of cello at UNF, worked with Schute when she was a sophomore in high school and wanted to get her in his program here in Jacksonville.

"I was trying to communicate with the women's soccer staff as well, to see if we could figure this out," Curry said. "She ended up coming for a day where they had prospective soccer players. Hannah did really really well and the next day, the soccer coach was in my office. And, she had been so impressed by Hannah, she said, 'We have to figure out how to get her here.'"

By coming to the UNF, she was able to do both, for a while. But last year, she had a difficult decision to make: Should she continue with soccer, or continue with the cello?

She is one of a select few from around the world participating in an international seminar this summer.

"Only ten cellists get to go each year. It's a little house in Sitka, Alaska where ten cellists and two major cello teachers Melissa Kraut and Zuill Bailey teach," said Shute.

After that, she's going straight to Italy for an international Music Festival where she was admitted.

"For her to get the chance to represent UNF and to go be surrounded by elite musicians that are her age, it's just an incredible opportunity," Curry said.

Curry is very proud of the School of Music over at UNF.

The school has been producing a steady stream of cellists who often go on to these respected programs during the summer.

If you're interested in their music program, you can find more information here.