Taking the monument down may not be easy, because it's also where Confederate General William Wing Loring is buried. State laws protect graves. 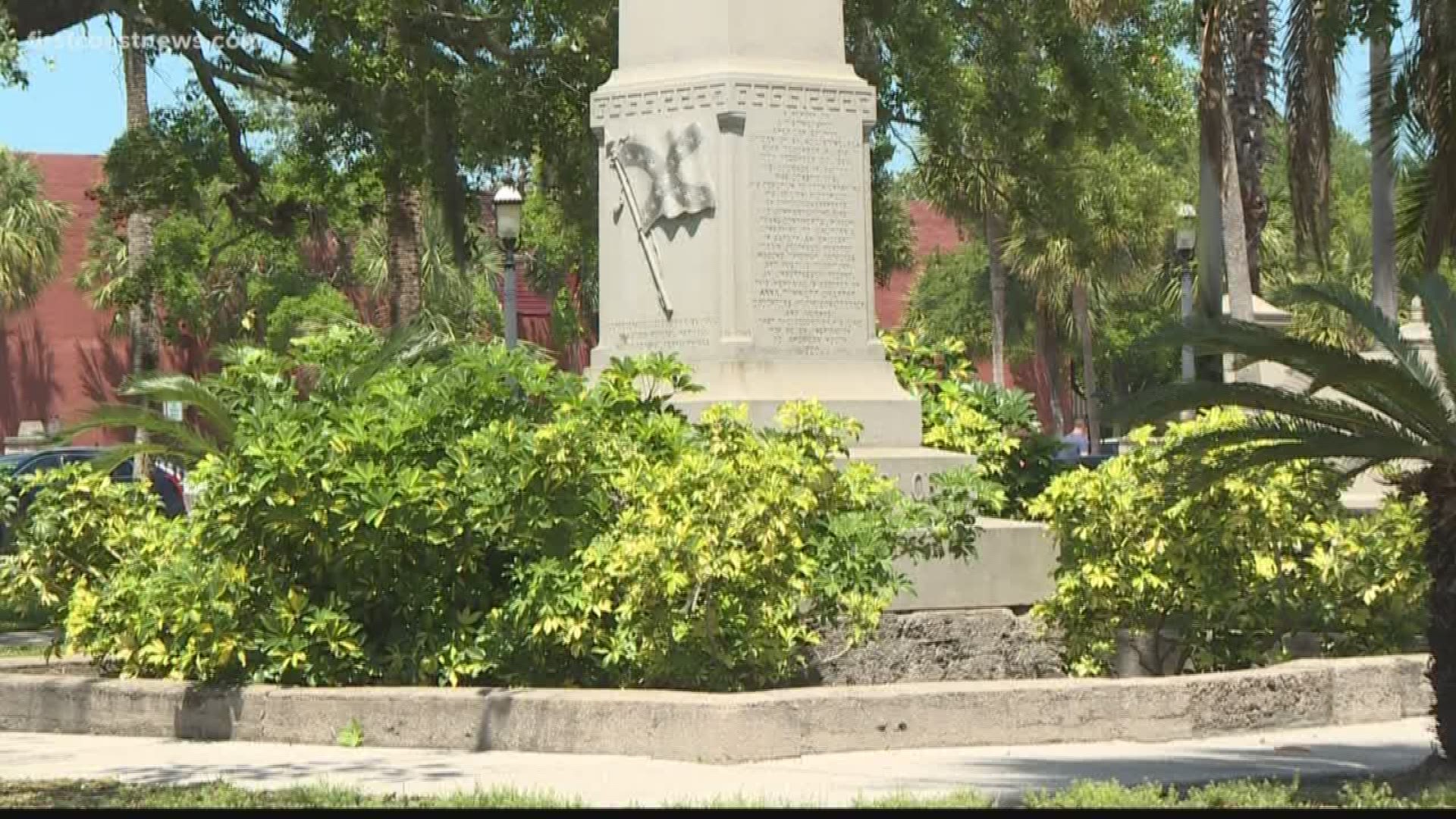 ST. AUGUSTINE, Fla. -- In a tree covered city square in St. Augustine, there is a monument that many people walk right by.

One visitor said, "Of you hadn't told me about it, I would not have noticed."

He was more than a Confederate General. He served under three flags: the U.S., the Confederate, and the Egyptian. He was also a traveler and an author.

The State of Florida owns the land where the statue of Loring sits, and the University of Florida manages this property.

Some people have marched, demanding both this monument and a city-owned monument a block away, be taken down because of their ties to the Confederacy.

UF Spokesperson Margot Winick said, "Some of the requests were to move it or to offer additional signage."

But taking the monument down may not be easy, because it's also where Loring is buried. State laws protect graves.

Loring actually died in New York in 1886. It wasn't until 1920 when the Daughters of the Confederacy brought his ashes in the middle of downtown Saint Augustine.

"There are ashes there. So it's partly a grave site," Winick said. "We want to look at the history and heritage and try to understand the issues at hand as what is appropriate now and in the future."

The next meeting of UF Historic St. Augustine Board will be in June. For more information, click here.