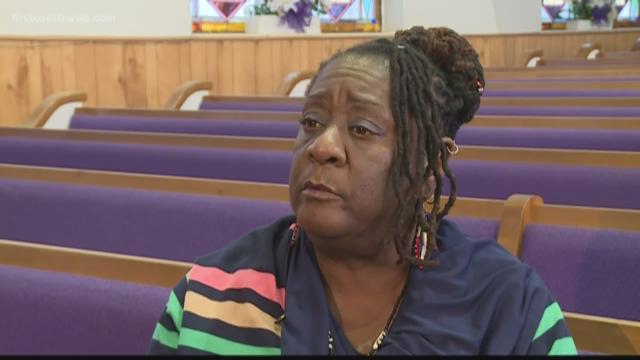 JACKSONVILLE, Fla. - As minister of music, Shirley Brill has been sitting in the same seat - the organ bench - at St. Stephen AME Church in Jacksonville for many years. But had it not been for an organ transplant, she says she'd be long gone by now.

"Most definitely, I was at death's door," she told First Coast News in a recent interview at the church.

In 2004, Shirley, not only the church's organist but also a solo vocalist, began noticing shortness of breath.

"At first I kind of ignored it, shoved it to the side," she said.

But eventually, it sidelined her. A trip to the emergency room and several doctor evaluations later, she learned she had idiopathic pulmonary fibrosis, a disease that progressively scars the lungs and impedes breathing.

After a referral from UF Health, the Mayo Clinic in Jacksonville added Shirley's name to a waiting list, to replace not one but both of her lungs. On May 6, 2008, she had her surgery, and since then has been singing on borrowed time and borrowed lungs ... but not borrowed faith.

"I've often said that, in one word, my life was restored."

It took her some time to regain confidence in her voice but hasn't looked back. The retired school teacher devotes much of her energy to promoting organ donation.

"A way to kind of pay it forward is to spread awareness, especially in the minority community," she said.

But Shirley isn't a convert by convenience: she's been registered as an organ donor herself for decades.

"I was sharing that even as a teenager," she said. "I chose to become an organ donor, never realizing that further down the road I would need the gift of life."

She's also been paying it forward with her singing, which would leave any listener in disbelief that her voice and her very life are sustained and powered by secondhand lungs. In her mission to encourage others to donate, Shirley says she comes across the same misguided explanation from people why they shy away from registering.

"[Emergency responders' and doctors'] first priority is to save you, but a lot of times people feel that 'They're not going to save me because they just want my organs,' and that's not the case."

In fact, family advocates at Gainesville-based LifeQuest say emergency responders and physicians aren't typically aware at all whether an incoming trauma patient is listed to donate.

"I don't want people to think that this is just about recovering organs or waiting for someone to die," LifeQuest organ procurement coordinator Terri McQuiddy told First Coast News.

"It doesn't take away from [victim families'] pain, but it gives them that hope that their loved one is going to live on in somebody else," Zayakosky said.

Shirley Brill knows both perspectives. Not only has she been saved, her transplant has inspired others in her family.

"The majority of [my grandchildren] are organ donors because of the love that someone shared with me," she said, continuing with the story of her granddaughter Shauncey, who died of lupus in 2013 at just 23.

"[Shauncey] said 'Guess what, I'm an organ donor!' And she showed me her driver's license," Shirley recalled of her granddaughter. "In her passing, she ended up donated her corneas, so we're very proud of her for that."

Shirley doesn't need reminding how precious her life is. As she sings about her love of Jesus and talks about her appreciation of the donor of another savior - her donor - she says she has no plans to stop advancing the cause.

"I will do it until I can't do it anymore," she said, "and it'll probably be because of death!," she said with a laugh.

First Coast News also spoke with Jennifer Wilson, a mother whose eight-year-old daughter Holly's organs were donated after her death in a 2012 automobile crash. To read and see her story, click here.