The fire was contained around 3 p.m. Residents were allowed to go back to their homes around 3:45 p.m. 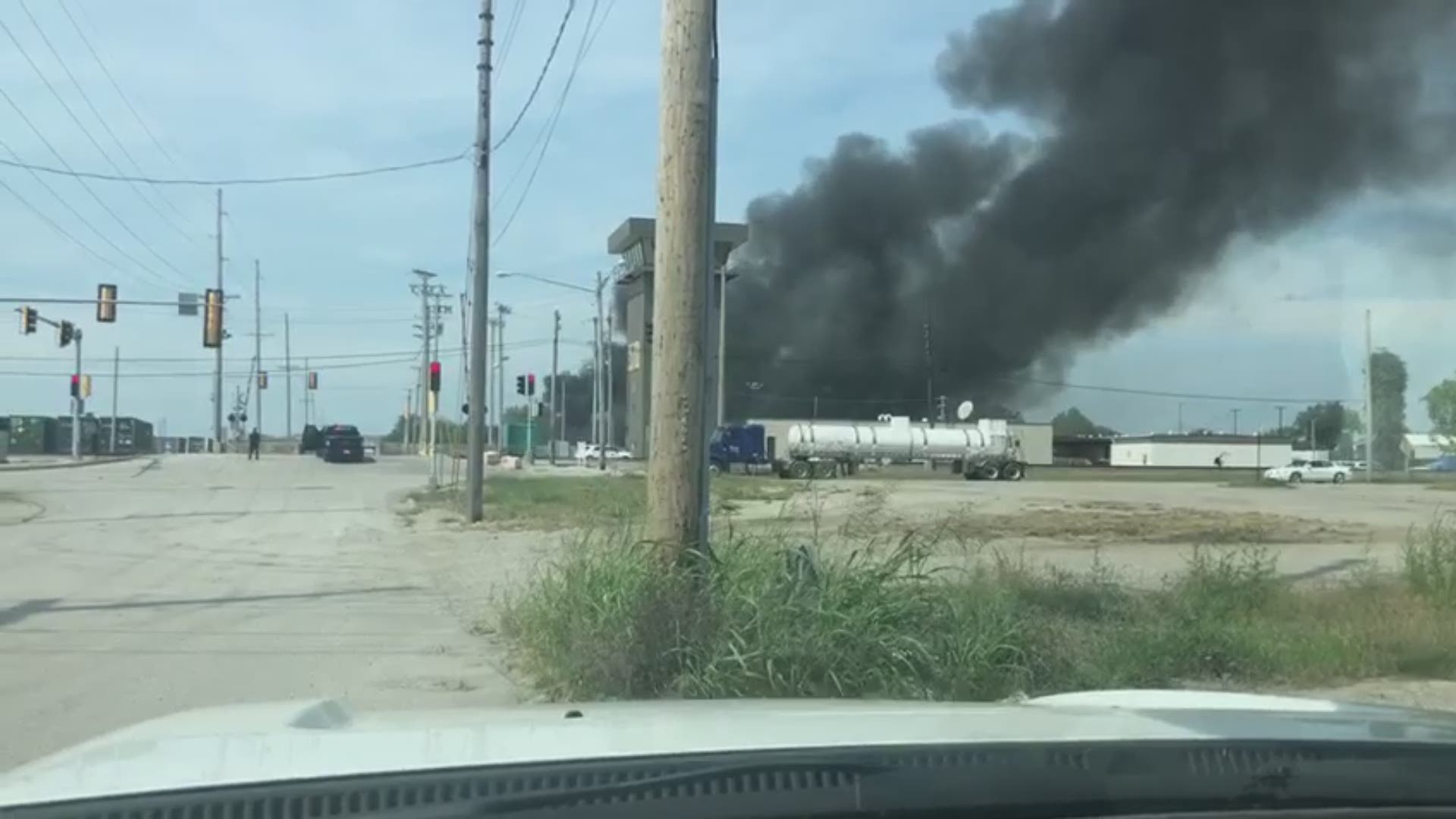 All students and staff in the Dupo School District were transported to Columbia High School in Columbia, Illinois. A spokesperson for the school said parents must sign out students at the front door.

Several dozen homes in the nearby area were also evacuated. Residents were sent to the East Carondelet Community Center.

The call first came in around 12:45 p.m. for a train derailment and fire in the 2400 block of Carondelet Avenue. Thirteen rail cars went off the train track.

Smoke from the fire could be seen for miles. Dupo, Illinois is about 15 minutes from St. Louis.

"Flames were shooting up like crazy, you could see it up above the smoke," One resident in Dupo said.

The fire was contained around 3 p.m., residents were allowed to go back to their homes around 3:45 p.m.

A few of the fire departments will stay on the scene for 5 to 6 hours to monitor hot spots, a spokesperson said.

St. Clair County Emergency Management spokesperson Herb Simmons said no one was injured. At around 6 p.m., Simmons said one tank was still burning. Simmons said the American Red Cross has brought the crews on scene water.

The train involved is a Union Pacific train.

'Around 12:45 p.m., a derailment occurred in Union Pacific's Dupo Yard near Carondelet Avenue between Main and Adams Road. Both crossings are closed. The train was being built for departure at the time of the derailment, which caused a tank car to catch fire. Initial information from the scene indicates that the tank car contains a flammable liquid called methyl isobutyl ketone. It is typically used as a solvent.

Union Pacific is working with area first responders to put out the fire. Our yard and nearby intermodal ramp were safely evacuated. At this time, no injuries have been reported.'

According to the National Institutes of Health, methyl isobutyl ketone is an important commercial chemical. It is used as a solvent, in the manufacture of many chemicals, in many chemical processes, in paints, and in dry cleaning products. It is also used as a flavoring agent and in food-contact packaging products.

RELATED: What is the chemical involved in the Dupo train derailment?

The Dupo Fire Department chief shared the following message on his Facebook,

'I don’t know where to start. What a day we just had. As Fire Chief, I have to say the biggest THANK YOU to all of the first responders who helped at the train derailment in Dupo today. We had about 30 different agencies who were either on the scene helping or standing by to help others if needed. I am not going to name departments/agencies because I may forget someone. Just know your assistance is GREATLY APPRECIATED!!!!!!' 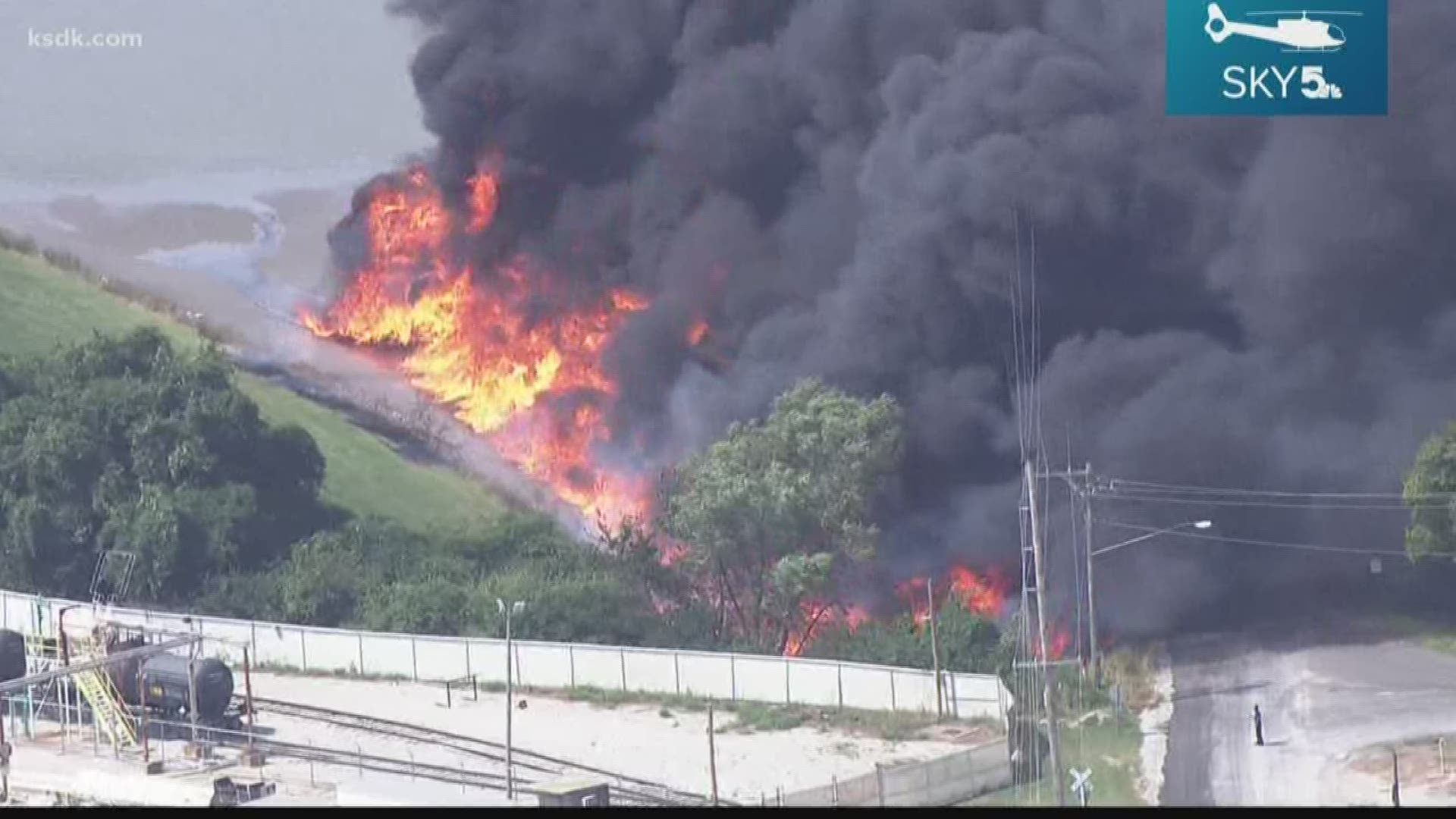 RELATED: This woman stopped at a different grocery store than usual and ended up winning $100,000

RELATED: Man accused of raping girls he met on Snapchat