Titanium mine proposed near Okefenokee Refuge

An Alabama company – Twin Pines Minerals – applied for a permit with the Army Corps of Engineers to mine the area for titanium. 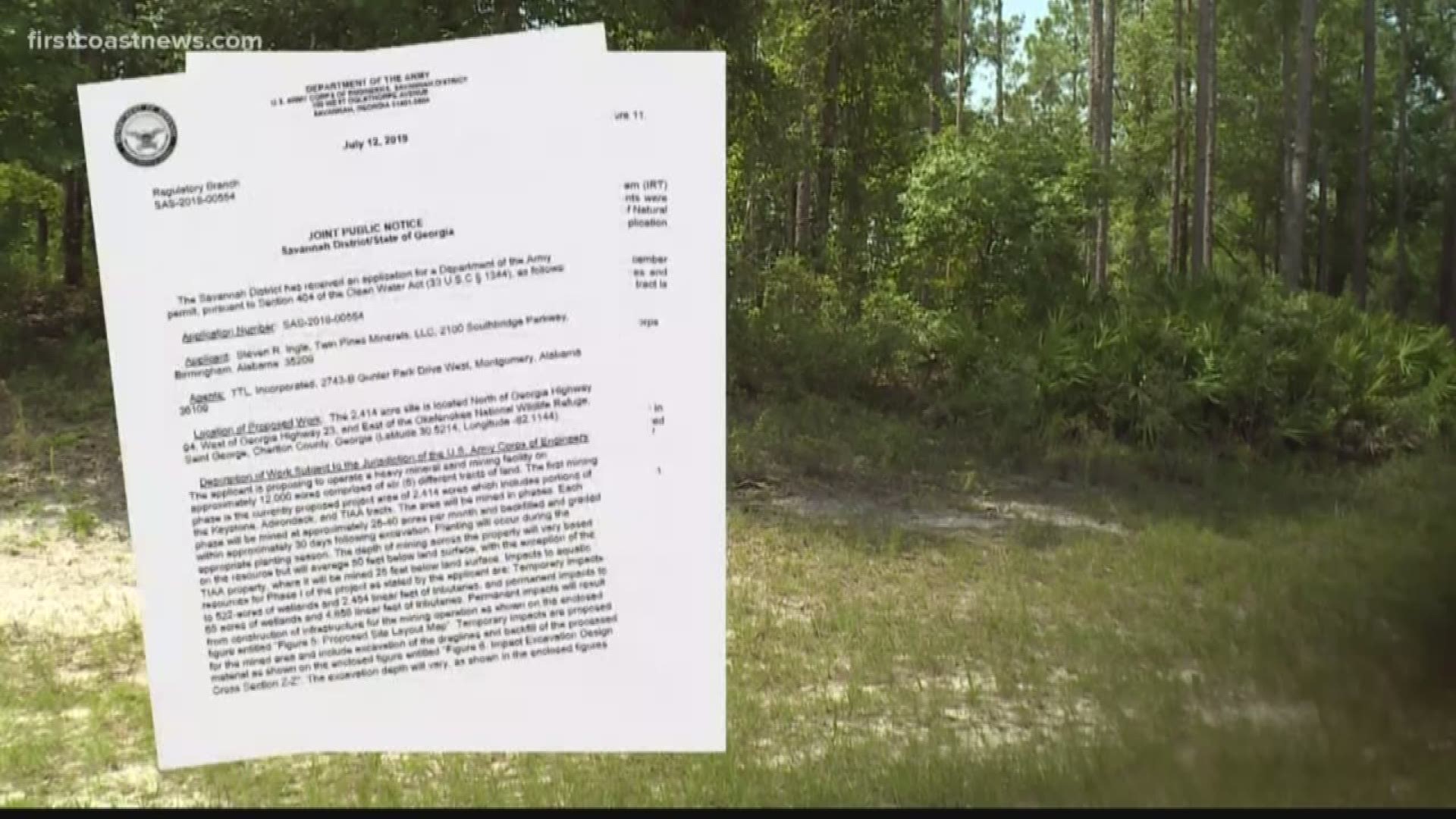 FOLKSTON, Ga. — An area near the Okefenokee Swamp could be the next site of a titanium strip mine.

The project still has some hurdles before any digging happens, but the those who live and work nearby are concerned about what it means for the ecosystem.

“People come from all over the world to this little remote corner of Georgia and North Florida to see the Okefenokee,” Okefenokee National Wildlife Refuge manager Michael Lusk said.

The water – like time in this untouched land – almost stands still. Just beyond the swamp is an area rich with minerals and it’s the center of discussion around the Okefenokee.

“It’s that trail ridge that has concentrated the these heavy minerals, but it’s also that same sand ridge that holds the Okefenokee intact and separates us from the St. Mary’s River,” Lusk said.

An Alabama company – Twin Pines Minerals – applied for a permit with the Army Corps of Engineers to mine the area for titanium.

The On Your Side team spoke with company president Steve Ingle about the plan. He explained the deposits represent, “a domestic source of titanium yet to be developed,” which could be useful as, “the majority of the mineral consumed in the U.S. is imported.”

Titanium has industrial uses and has been a noted replacement for lead in paint and coloring products.

This is the first time a company has looked into the area for mining. In the 1990s, DuPont purchased thousands of acres with the plan to extract heavy metals from the same sands.

“Even though it was a larger area, and they’re using a slightly different mining technique, the impacts would have been similar. At that time, it was evaluated by different agencies and eventually DuPont decided not to mine the area,” Lusk said.

He added that the Okefenokee Wildlife Refuge is looking into what the mine would mean for the ecosystem.

Trees and underbrush would be removed on thousands of acres during the process, but later re-planted to the proposal by Twin Pines Minerals. The company said they can have the mine up and running by January 2020.

The Army Corps of Engineers could have an environmental impact assessment ordered based on the proposal and comments from the community.