Think the 'Duuuval' chant started with the Jags? You don't know Jax

Despite it being the official war cry at home games, the chant "DUUUVAL" didn't start in the stands. In fact, it nearly predates the team. 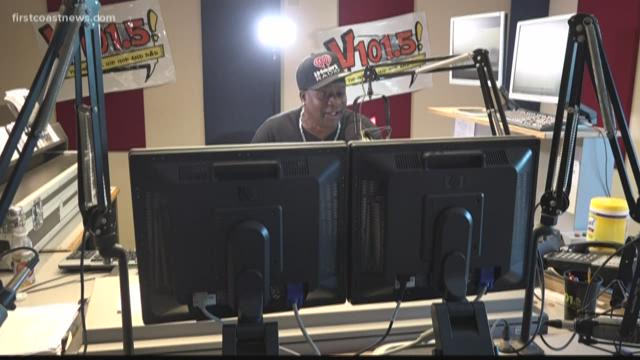 JACKSONVILLE, Fla. - "DUUUVALLLL!" It's the chant heard throughout Everbank Field – as much a part of the Jaguars' fan experience as the risk of heat stroke in the preseason.

Despite it being the official war cry at home games, the chant didn't start in the stands. In fact, it nearly predates the team.

“People in the streets were saying 'Duval, Duval,' and I just extended the word and made it long,” recalled Easy E, longtime city DJ. He was formerly at 92.7 The Beat and is currently at both 93.3 The Beat and V101.5.

Known for popularizing phrases like “Ghost” and “Westsiiiide” during his years on the air, he took the word from the street and sometime in the late '90s, made it into a drop, or a highly stylized recording that he played during songs, at shows and inside of mixtapes.

“I been using that drop for years,” he told First Coast News. “I never knew it would blow up like it did. I'm happy, because everyone is saying it right now. Everybody.”

“The first time I heard it was on the radio with Easy E,” said Willie Evans Jr., formerly half of the hip-hop group Asamov. “And then from there it started exploding.”

He said he didn't just hear it at games either, or even just in the U.S. Evans said he heard it during performances around the country and even at shows in Canada.

“I don't think he knew it was going to sprout as it did,” said Genedotcom, a DJ at V101.5 “It's one of those recognizable phrases. No matter where I go in the country, the the minute you say I'm from Jacksonville they will say 'Duuuval' for you. Cause that's how they know us.”

The popularity of the chant has waned somewhat in the hip-hop community as it has become more mainstream.

“Once something like that becomes popular you know, the cool cats are going to be like, my mama is saying Duval now,” Evans joked. “But if I'm in a crowd of people saying it, I'm going to say it. Because it feels good. It feels good.”

Genedotcom agreed. “It's that common thread. It doesn't matter what walk of life you are -- blue collar, white collar, it doesn't matter. When we're in that stadium we're one nation. Redhead, brunette, low haircut, dreadlocks -- its that commonality that well all have together.”

“I'm glad it's sprouting. It's kind of bringing the city a little closer together," he added.