The disappearance of Bonnie Haim: Missing in 1993 and unearthed by son in 2014, her husband’s trial begins Monday

Michael Haim told police his wife of five years left the home the night before after an argument about their marriage. 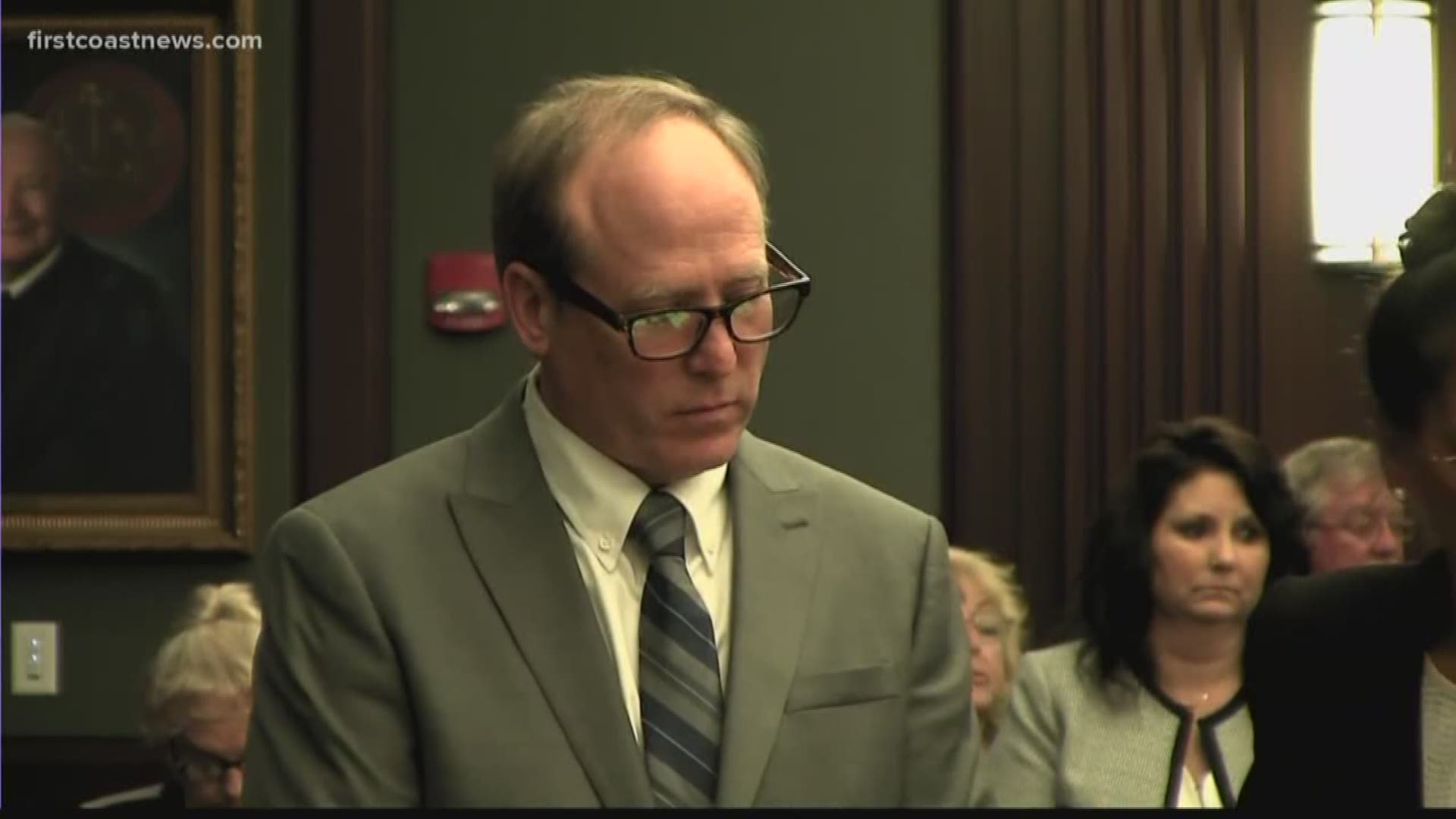 As a young boy, Aaron Haim made statements about his mother within 48 hours of her seemingly vanishing from his life.

“Daddy hurt her,” he is said to have told a child protective services worker.

As time passed, the boy’s memory of the statement — as well as the multiple statements suggesting something violent happened to his mother — left his brain. His last name changed as did his relationship with much of the Jacksonville family that he was born into after Jeanie and Ronnie Fraser adopted him.

When Aaron Fraser got married about 10 years ago, there was an unspoken understanding between him and his wife that they were not to talk about the past, a time when then 3-year-old Aaron may or may not have seen his father kill his mother in their North Jacksonville home. Fraser explained this to attorneys in a 2016 deposition in preparation for his birth father’s upcoming murder trial.

He told the attorneys defending his father that Dec. 14, 2014, changed all that. What happened on this day, he could not bottle up. He desperately needed to talk with his wife, or the investigator who had been searching for his birth mother in 1993.

At the time, Fraser was working at his boyhood home, a place he was removed from when he was just 4 after his father Michael Haim became the prime suspect in his mother’s disappearance.

On Jan. 7, 1993, police were called to a Red Roof Inn near the airport when a hotel worker discovered a purse with 23-year-old Bonnie Haim’s credit cards, ID and hundreds of dollars in cash stashed in a trash receptacle. Later that night, her champagne-colored Toyota Camry was found in a long-term airport parking lot.

Michael Haim told police his wife of five years left the home the night before after an argument about their marriage.

Many who knew Bonnie Haim well didn’t buy the story, saying she loved her son far too much to just walk away. Police told her family they didn’t have enough to arrest her husband, their only suspect in her disappearance.

The home on Dolphin Avenue had been a rental for years, but now it was time to be done with it. On the weekend of Dec. 14, 2014, Fraser rented an excavator and he and his brother-in-law started to demolish the home’s swimming pool.

When the excavator rolled over a slab of concrete at a nearby outdoor shower, spider web-like cracks spread through the slab. Fraser used a sledgehammer to break up the concrete. In the process a water pipe broke, adding one more thing to his list of things that needed to be repaired.

Fraser and his brother-in-law fumbled around in the dirt looking for the pipe when they found a plastic bag or possibly a thick plastic sheeting material. Fraser clawed at it with a shovel, breaking it open.

Reaching inside, he pulled out what he thought was a coconut.

He and his brother-in-law examined it, wondering why in the world a coconut would be in a bag.

They then noticed the teeth and eye sockets.

Soon Fraser’s boyhood home would be swarming with police and journalists as news got out that a partial skull had just been unearthed at the home where Bonnie Haim had been reported missing.

Facing him in court will be his birth father, 52-year-old Michael Haim, eventually charged with murder four years ago in Waynesville, N.C. He was allowed to post bail and has been living in North Carolina. Jury selection begins Monday and the trial is expected to last through the week.

The medical examiner’s results came back as homicidal death by unknown means. Police say they found a spent .22-caliber shell casing in the grave. Haim owned a .22-caliber Marlin Model 60 rifle that had been taken into evidence in 1993 and was later released back to him, according to court records.

Charging documents say Bonnie Haim had been planning to leave her husband. In her preparation for the move, she opened a Barnett Bank account, but her husband discovered it and forced her to close it several months before her disappearance.

From that point, Bonnie Haim began giving a friend money to keep for her. By early January 1993, $1,250 had been tucked aside.

Investigators say that on Jan. 6, 1993, Bonnie Haim called a relative and said she was canceling her plans to come over that evening because she and her husband were discussing their marriage.

“In summary, suspect Michael Haim was the last known individual to have contact with the victim,” according to his arrest warrant.

A Facebook page with the name Bonnie Pasciuto Haim updates people on the progress of the case.