Teacher: No apology for message to students who didn't stand for the Pledge of Allegiance

Daniel Goodman was removed from his classroom at First Coast High School earlier this month. 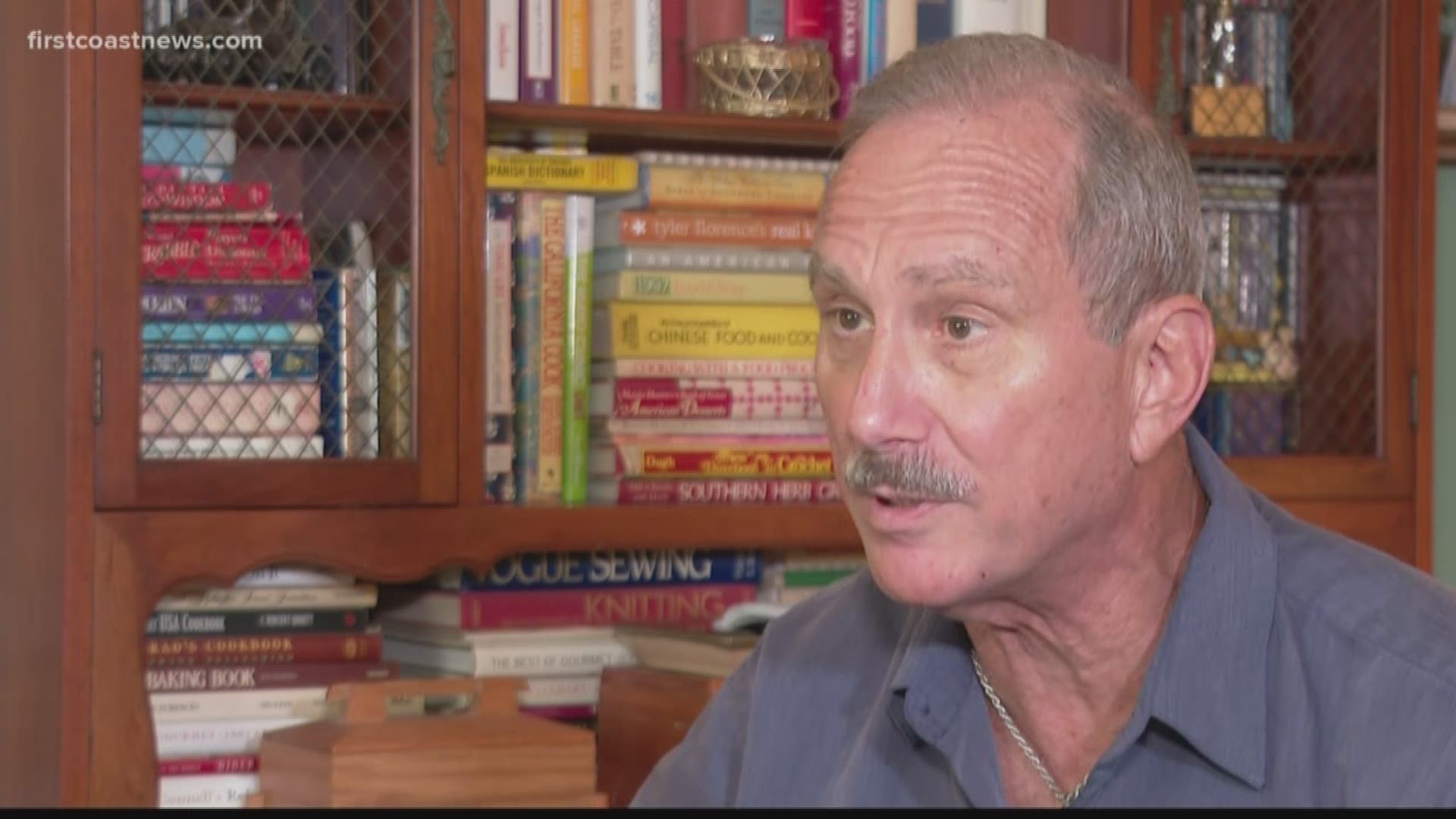 "What I wrote on the board was trying to convey to all you students that we've come a long way," he explained.

Goodman says the students didn't stand for the Pledge of Allegiance the first two days of classes, so he wanted to provide some context to the nation's history.

"I probably could have worded it in a less controversial manner," Goodman told First Coast News. "But if you look at every word I wrote up there, I'm trying to uplift people."

Part of his message read, "There are no longer separate but equal water fountains and bathrooms in Jacksonville for 'white' and 'colored' -- We have had a Black president. MY POINT? You are extremely lucky to be living in the U.S.A."

"I was just saying, 'Hey, this is a great country,'" Goodman said. "'We've all had great opportunities' and I was surprised it made such a big controversy."

Goodman says he mentioned race to highlight historical achievements. He contends he is not a racist.

The district removed him from the classroom earlier this month, but Goodman says he'd be open to returning.

"I would be very pleased to return to the classroom and I would even be more careful in my choice of words," Goodman said.

He does have tentative plans to retire from full-time teaching at the end of this school year.

He has not been told when a decision on his future with Duval County Public Schools will be made.

Goodman is currently working at a district warehouse supporting their operations.

The district's investigation into the incident is ongoing.