Take a craft beer class at this shop in 5 Points

A second home for Kelly Pickard, who leads beer school in the back of Alewife. Hoping to educate, but also to keep beer drinkers from embarrassing themselves. 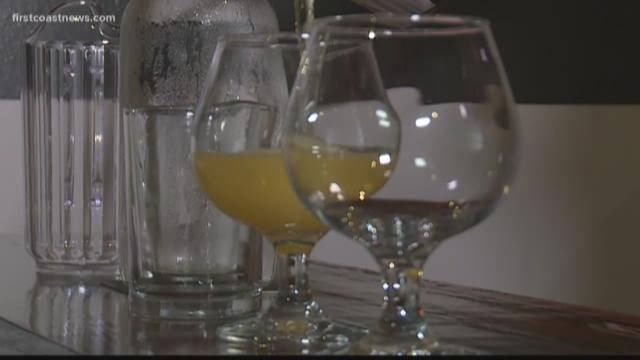 Right in the heart of 5-Points, the shelves stocked with six-packs and exotic imports.

A second home for Kelly Pickard, who leads beer school in the back of Alewife. Hoping to educate, but also to keep beer drinkers from embarrassing themselves.

“I’m sure any bartender who has worked at a beer bar in this city has had someone come up to them and say, I’d like a nice ale. Well that’s 90 percent of our menu, so maybe narrow it down,” Pickard said.

Knowing an ale from a lager. Tasting the different ingredients, and being able to tell which is dominant. Pickard leads the monthly sessions in-front of about a dozen drinkers.

She explained how some ingredients can create a fan base, but may confuse others.

Pickard says she’s also teaching her students and training her staff to use descriptive words: things that one would associate with a taste.

She doesn’t sacrifice the science; offering break-out segments on different ingredients, pouring and importance of temperature.

Pickard said the temperature in which you store your beer could have a big impact on the flavor profile once it’s poured. She added that specialists and some brewers are also brought in to help with some sections.

All leading-up to a tasting at the end of a class. Pickard said already this year they’ve added more than just craft 101 classes.