A car was nearly swallowed up when a street collapsed on the Northside Saturday around 5 a.m. near the corner of Ribault Ave. and Clyde Dr. 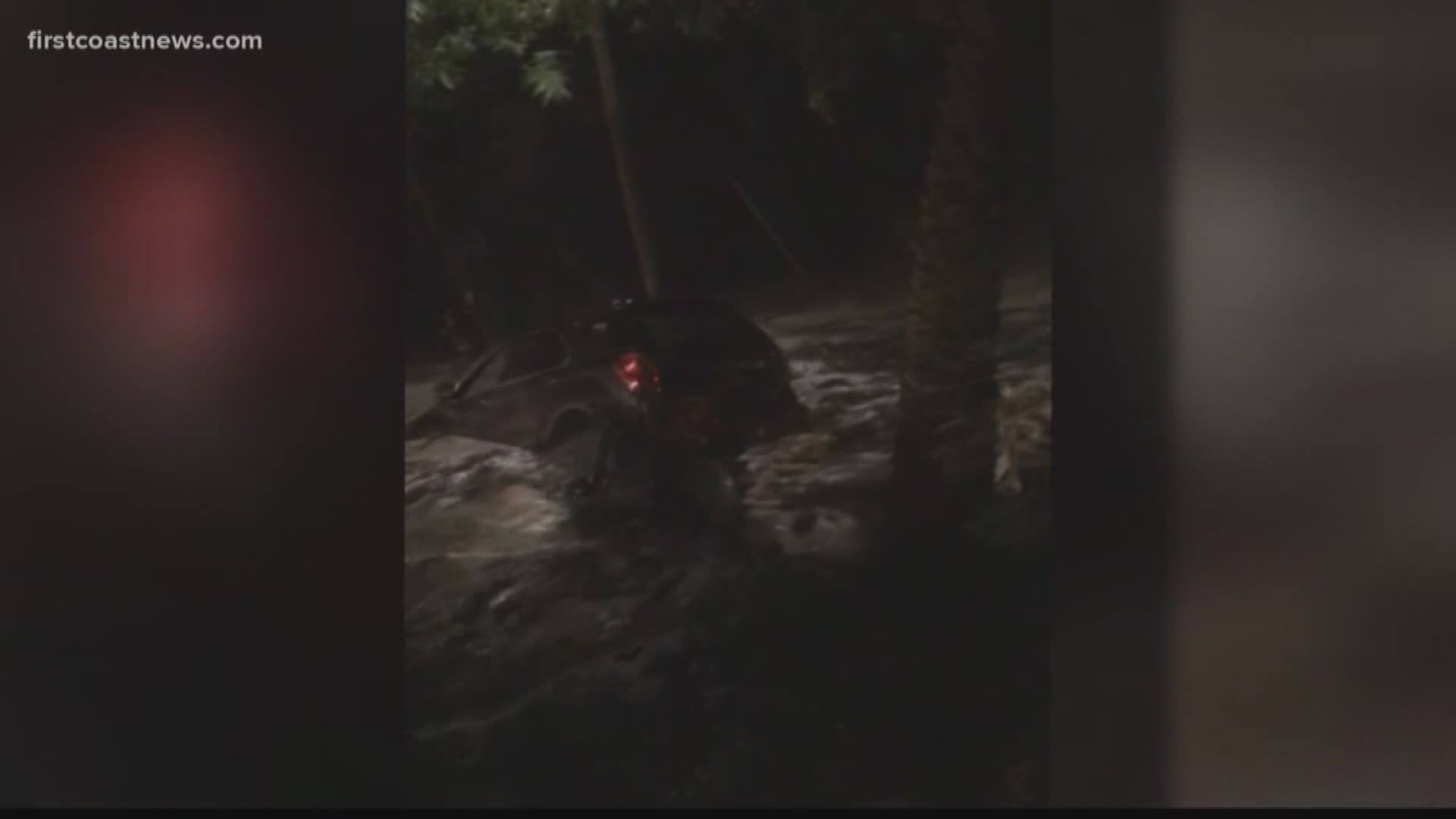 A car was nearly swallowed up when a street collapsed on the Northside Saturday around 6 a.m. near the corner of Ribault Avenue and Clyde Drive.

JEA says this is the second street to buckle this weekend after a water main break caused a similar situation Friday.

The driver of the vehicle is okay, but the hole remains as crews work to repair the road.

Witnesses tell First Coast News the hole filled with water and created a whirlpool. JEA says nearby homes had to deal with minor flooding.

Once crews pulled the car out, they worked to repair the street.

JEA confirmed the collapse technically wasn't a sinkhole, but rather a buckling in the road due to the vehicle hitting the fire hydrant and water flooding over a damaged 16-inch pipe below the surface.

Water from the hydrant caused minimal flooding to some homes, said JEA. 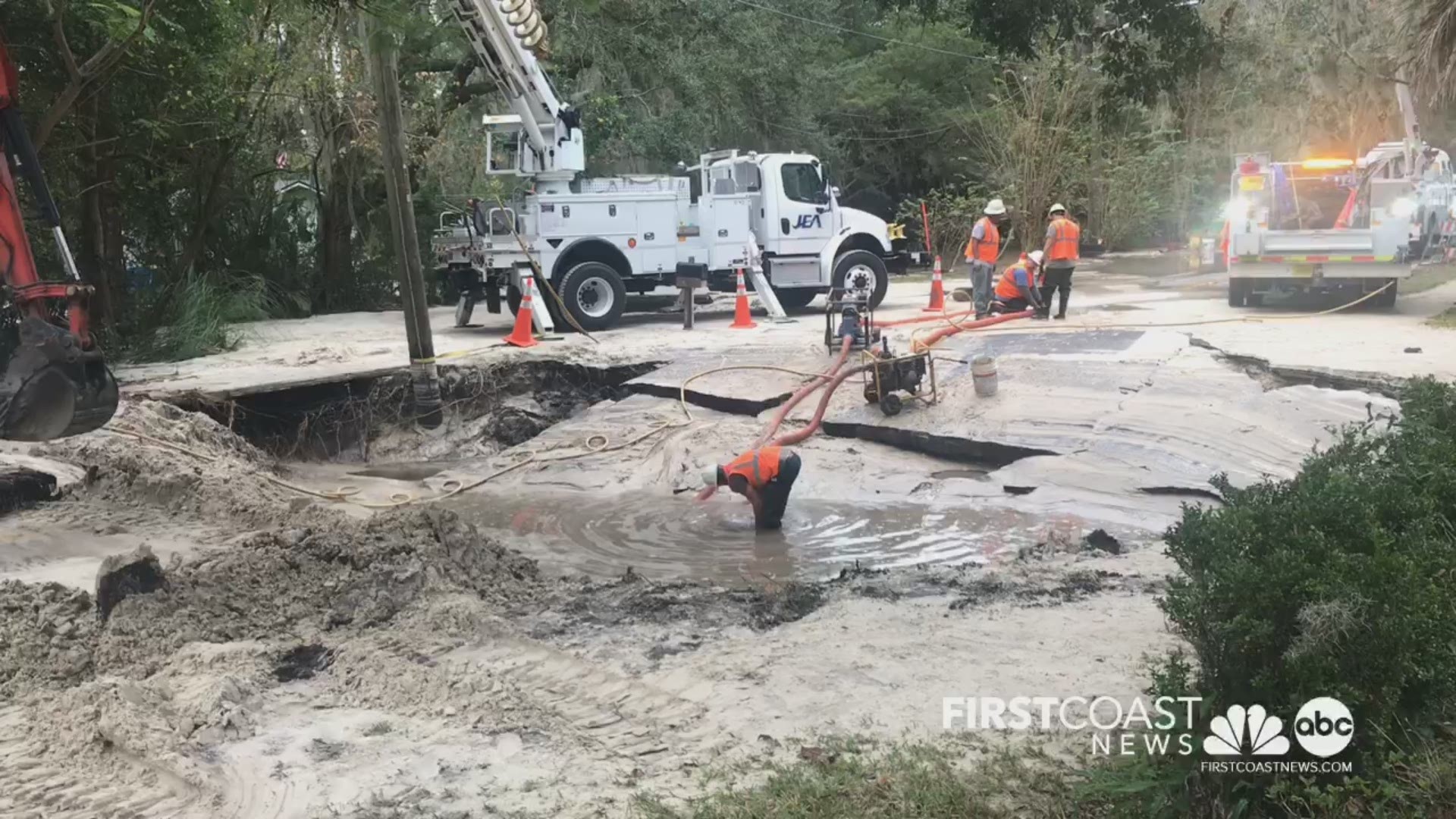