The new law strengthens penalties for people who participate in a riot, and creates a new charge of 'mob intimidation.' 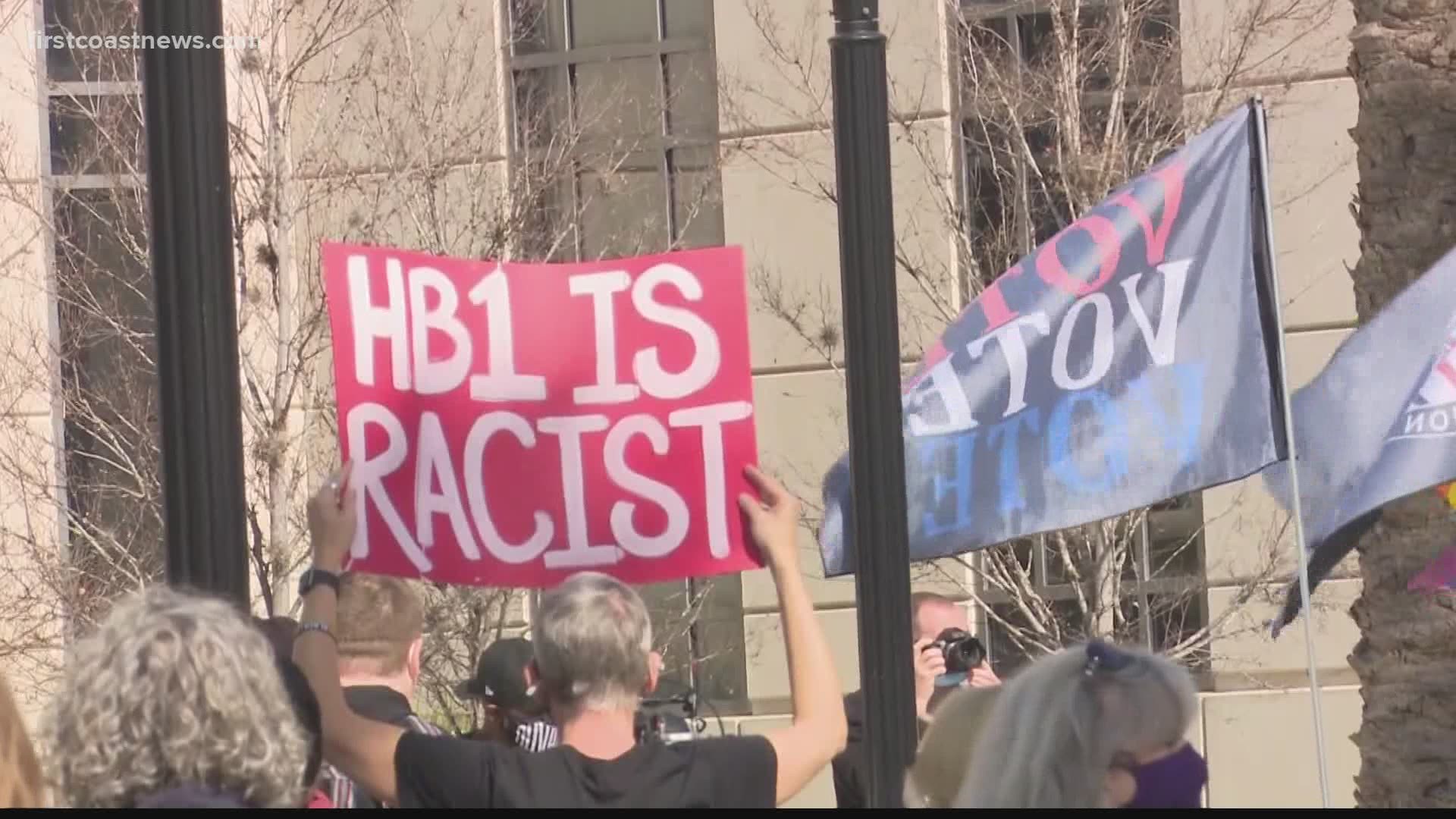 It promises jail time for being part of a riot.

"This is a peaceful protest. We encourage it," Judd said.  Then he showed a different picture.

"This is a riot and this will get you locked up before quick in Florida," Judd said. "We’ve got a new law and we going to use it if you make us."

Over and over again Monday, politicians and law enforcement pointed out the difference between a protest and a riot.

"It is the strongest anti-rioting, pro-law enforcement piece of legislation in the country," DeSantis explained.

The new laws heighten penalties for anyone arrested in a protest that turns violent. It toughens penalties if crimes are committed during a riot, and it allows people to challenge local governments if budget cuts target law enforcement.

"It is flagrantly racist," Ben Frazier of the Northside Coalition of Florida said.

Frazier leads peaceful protests, often in Jacksonville, and said the law is racist because it only came about after the riots seen in other states after the death of George Floyd.

"The issue that brought people the streets was racial bias in law enforcement," Frazier said.

He also believes the new law is unconstitutional, not because it outlaws protesting, but it intimidates people who may go to a protest.

"It is designed to frighten people from going out to the protests to begin with," Frazier said. "This is designed to suppress the voice of the people."

Frazier said he and his organization will still march and assemble.

"We will continue to stand up for that which is right and against what is wrong," he explained.

Meanwhile, DeSantis maintains the difference between rioting and peaceful protests.

"If you riot, loot, harm other parties during one of these violent assemblies, you’re going to jail!"