St. Johns County implements program aimed at keeping trash in the trash bins and recycling in the recycling bins. It could save taxpayers money. 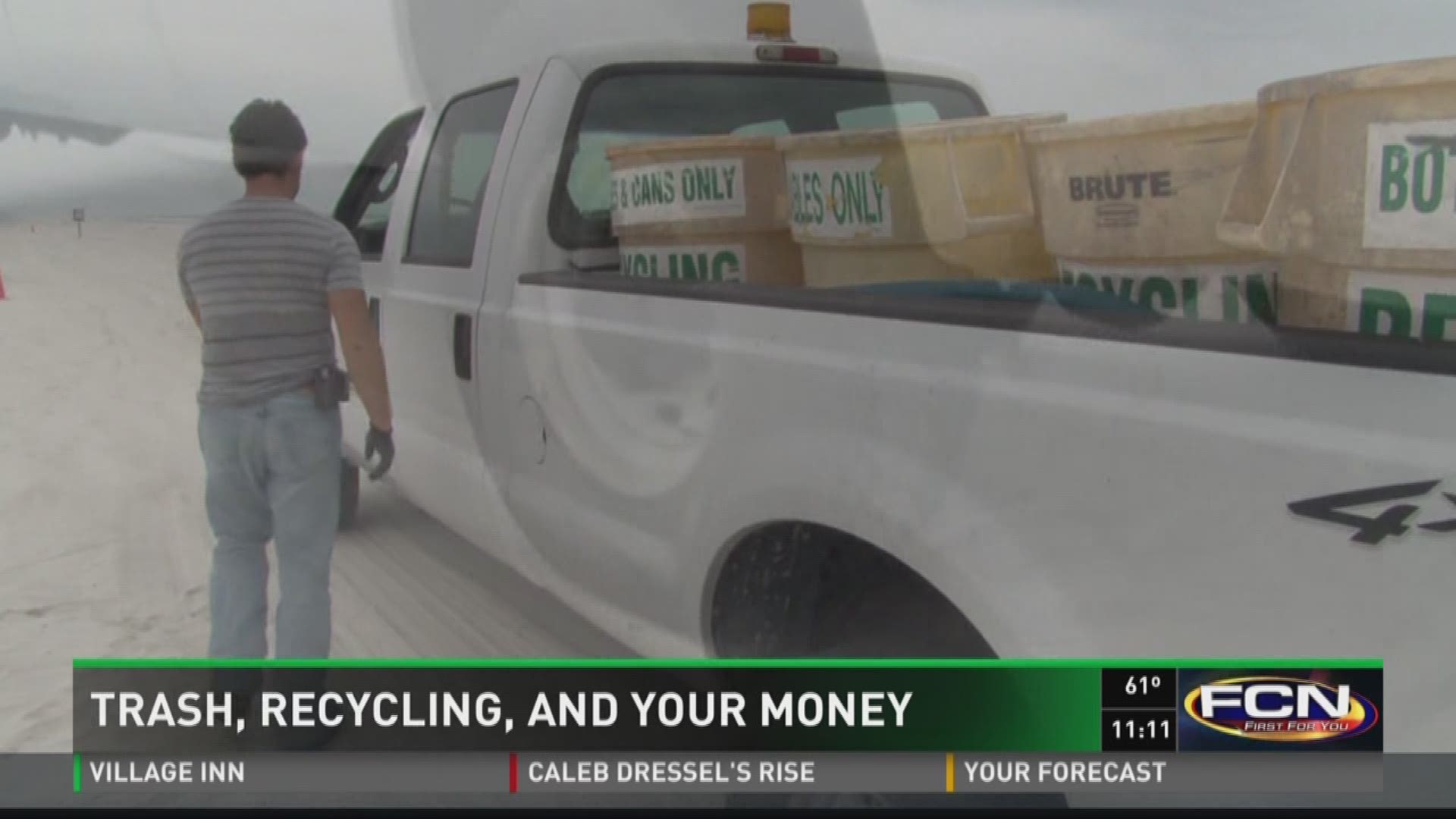 But not everyone does. A lot of times trash gets into the recycling bin and vice versa.

St. Johns County is joining a nationwide movement called Recycle Across America. The goal is to do something really simple: to standardize the labels, the color, and the height of public trash and recycling bins across the country.

Major companies and cities, even Disney, is on board, according to the Recycle Across America website.

Billy Zeits with St. Johns County’s Park and Recreation Department said, “The intent is to make it simple. So, no matter where you go, you know where the recycling goes and where the trash goes. So we’re seeing how it works right now on spring break in St. Johns County.”

The organization says companies are reporting a 50% – 100% increase in recycling.

The standardized bins replace older recycling bins in St. Johns County, which often have trash mixed in with recyclables.

And mixing trash with recyclables can cost tax payers money.

Zeits said, “It’s free for us to take our recycling to the processing facility. But if we take trash to the landfill, we have to pay a tipping fee and that tipping fee costs you and me money.”

In fact, county officials say it costs $57 a ton to take trash to the landfill. And remember, Zeits said, recycling for St. Johns County beaches is free.

“So the more recycling we can get the people to do correctly on the beach, the less our tipping fee is every time we go to the landfill,” he explained.

Right now, the new bins with the new labels are only in St. Augustine Beach, but the county hopes to have them on all of the beaches and in some parks soon.

Some described the new method as the “dummy-proof” way to recycle.

That made Salamone laugh, “It’s a great idea! People like me could use dummy-proof!”

For more information about the program, check out Recycle Across America.