The family plans to visit with law enforcement to hear the latest developments in the case. 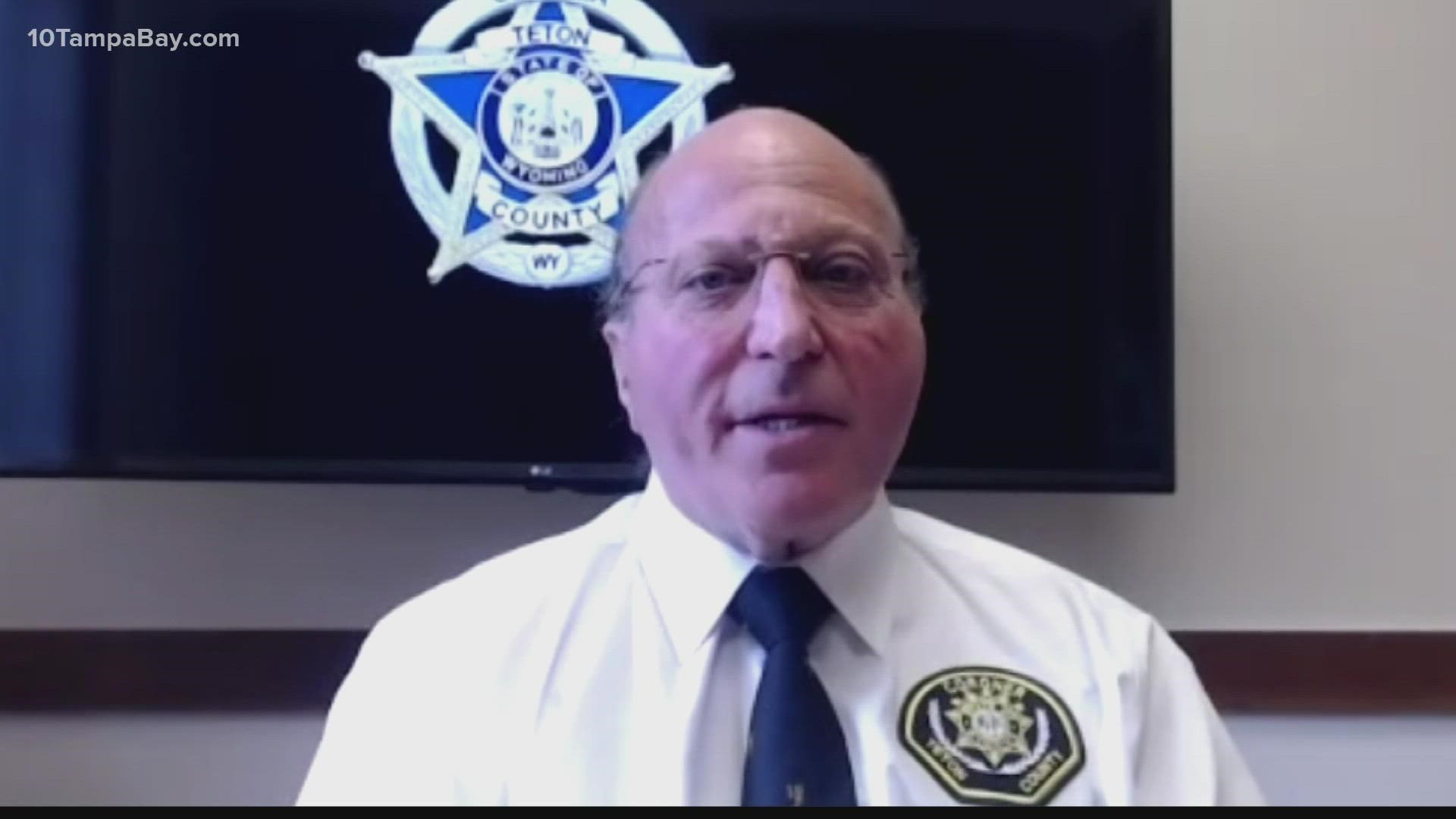 JACKSON, Wyo. — One day after the autopsy results were released for Gabby Petito, her parents on Wednesday headed to Wyoming to retrieve their daughter's body.

The Schmidt and Petito families headed west in hopes of returning home with her ashes, Fox News reports.

They'll be bringing Gabby's ashes back to New York, a family representative confirmed to NBC News.

Petito's body was found in the Spread Creek Dispersed Camping Area of the Bridger-Teton National Forest in Wyoming on Sept. 19. Tuesday, the Teton County Coroner announced that Petito died by strangulation and was found three to four weeks after she was killed.

During Petito's parents' trip to Wyoming, they plan to meet with law enforcement for the latest update in their daughter's case, Fox News says.

The family doesn't plan to make a public statement until bringing her home to New York.

Petito's death was ruled a homicide at the end of September. At this time, investigators are continuing to search for the single person of interest in the investigation, Brian Laundrie, Petito's fiancé.

In multiple Dr. Phil episodes, Petito's father, Joe Petito, has called Laundrie "a coward" in his daughter's case. And the Petito-Schmidt family has made multiple calls for Laundrie to turn himself in.

Petito and Laundrie set off on a cross-country road trip along the west coast before Laundrie returned home Sept. 1 in Petito's van without her. It wasn't until Petito's parents hadn't heard from her, they reported her missing, KSL-TV reports.

RELATED: TIMELINE | The disappearance and death of Gabby Petito: What we know

Laundrie disappeared after he went to the Carlton Reserve for a hike on Sept. 13 but never returned home, his parents told the FBI on Sept. 17. Since then, a search for the 23-year-old has been ongoing at the reserve and across the nation where some people believe they may have spotted the man.

Since he has been missing, law enforcement has been able to build a case against him. A federal arrest warrant was issued for Laundrie after court documents show a grand jury charged Laundrie with "knowingly with intent to defraud" using a Capital One debit card in the amount of at least $1,000. The action happened on or about Aug. 30 through Sept. 1, the documents say.

Tuesday, after the Teton County coroner's news conference on the autopsy report, the Laundrie family lawyer released a statement confirming the debit card in question was Petito's. Until Bertolino's statement was released, it was not publicly known who the card belonged to.

The arrest warrant allows law enforcement to continue looking for Laundrie while the investigation continues into figuring out what led up to Petito's strangulation, FBI Special Agent in Charge Michael Schneider told The Associated Press.