Brian Laundrie's parents hope to assist in the search for their son soon, lawyer says

It's been more than two weeks since investigators began searching for Laundrie after being called out to his family's home. 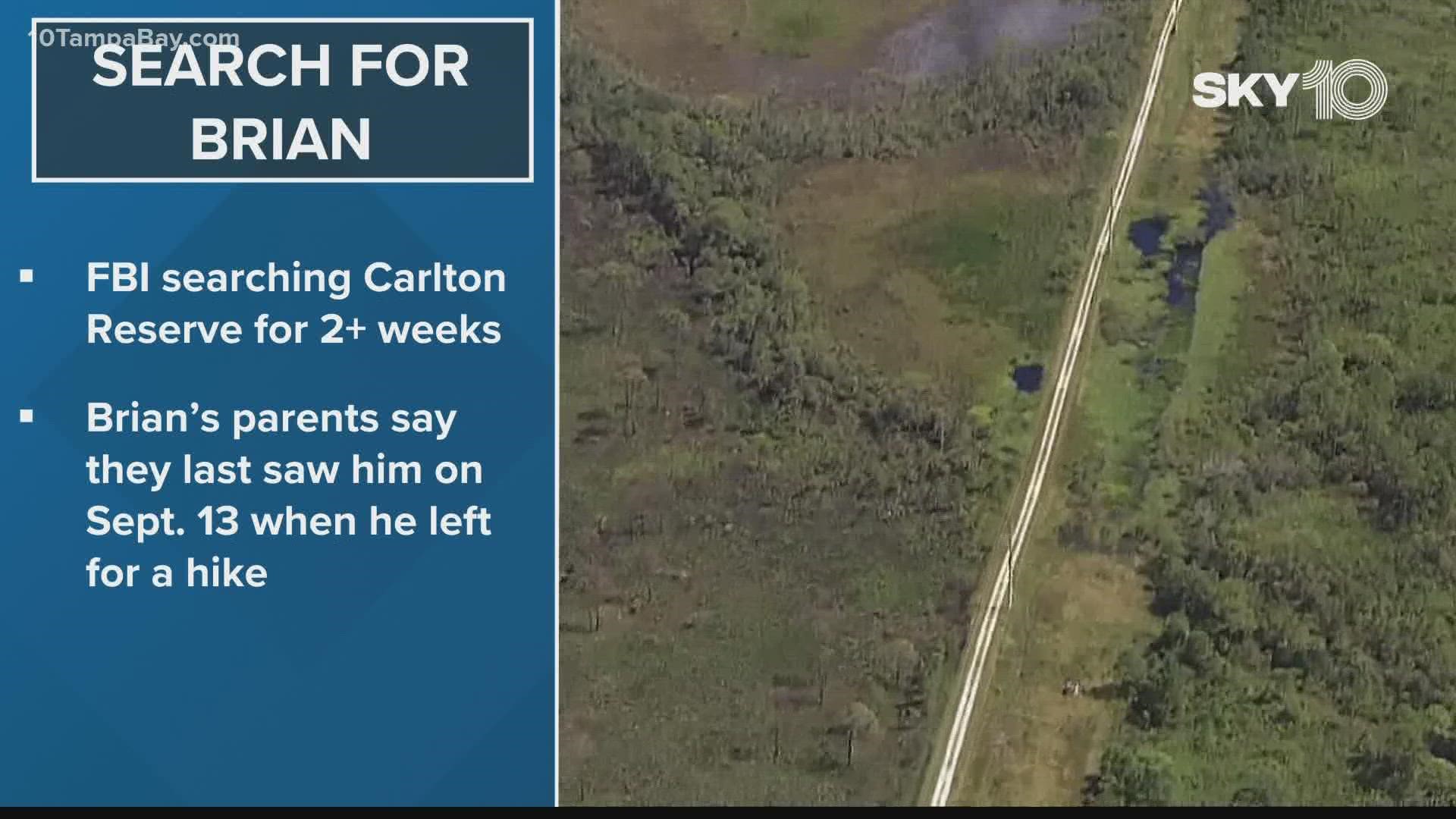 NORTH PORT, Fla. — The parents of Brian Laundrie may soon help law enforcement search for their son in the last area they recall him being at, the family's attorney says.

Laundrie family Attorney Steven Bertolino says Chris Laundrie – Brian's father – was asked by North Port police on Wednesday to help authorities search for his son at the Carlton Reserve. According to Bertolino, the reserve has been closed to the public which prevented Chris from assisting.

He adds that both parents "are hopeful" there will be another chance for them to help.

The full statement from the family's attorney reads, "Chris Laundrie was asked to assist law enforcement in their search for Brian at the preserve today. Since the preserve has been closed to the public Chris has not been able to look for Brian in the only place Chris and Roberta believe Brian may be. Unfortunately, North Port police had to postpone Chris’ involvement but Chris and Roberta are hopeful there will be another opportunity to assist."

10 Tampa Bay reached out to the North Port Police Department to corroborate Bertolino's statement. However, the department said, the "FBI is the lead." And that the FBI would have the answer if that proved true.

Laundrie's parents recently recanted their previous statement about the last time they believed they saw their son. Originally they told authorities it was Sept. 14. Now, they're saying he left for the Carlton Reserve on Monday, Sept. 13.

Brian Laundrie is a person of interest in the case of his fiancee Gabby Petito.

Petito, 22, was reported missing on Sept. 11 after heading out on a cross-country road trip this summer with Laundrie. He would return home 10 days earlier to North Port without her.

On Sept. 21, the body found in Bridger-Teton National Forest was positively identified as Petito, the FBI in Denver confirmed.

On Sept. 23, a federal arrest warrant was issued for Laundrie following a grand jury indictment in connection with the Petito case.

Court documents show the federal grand jury charged Laundrie with "knowingly with intent to defraud" using a Capital One debit card in the amount of at least $1,000. The action happened on or about Aug. 30 through Sept. 1, the documents say.