America's top border security official warned that the immigration system is 'at a breaking point.' 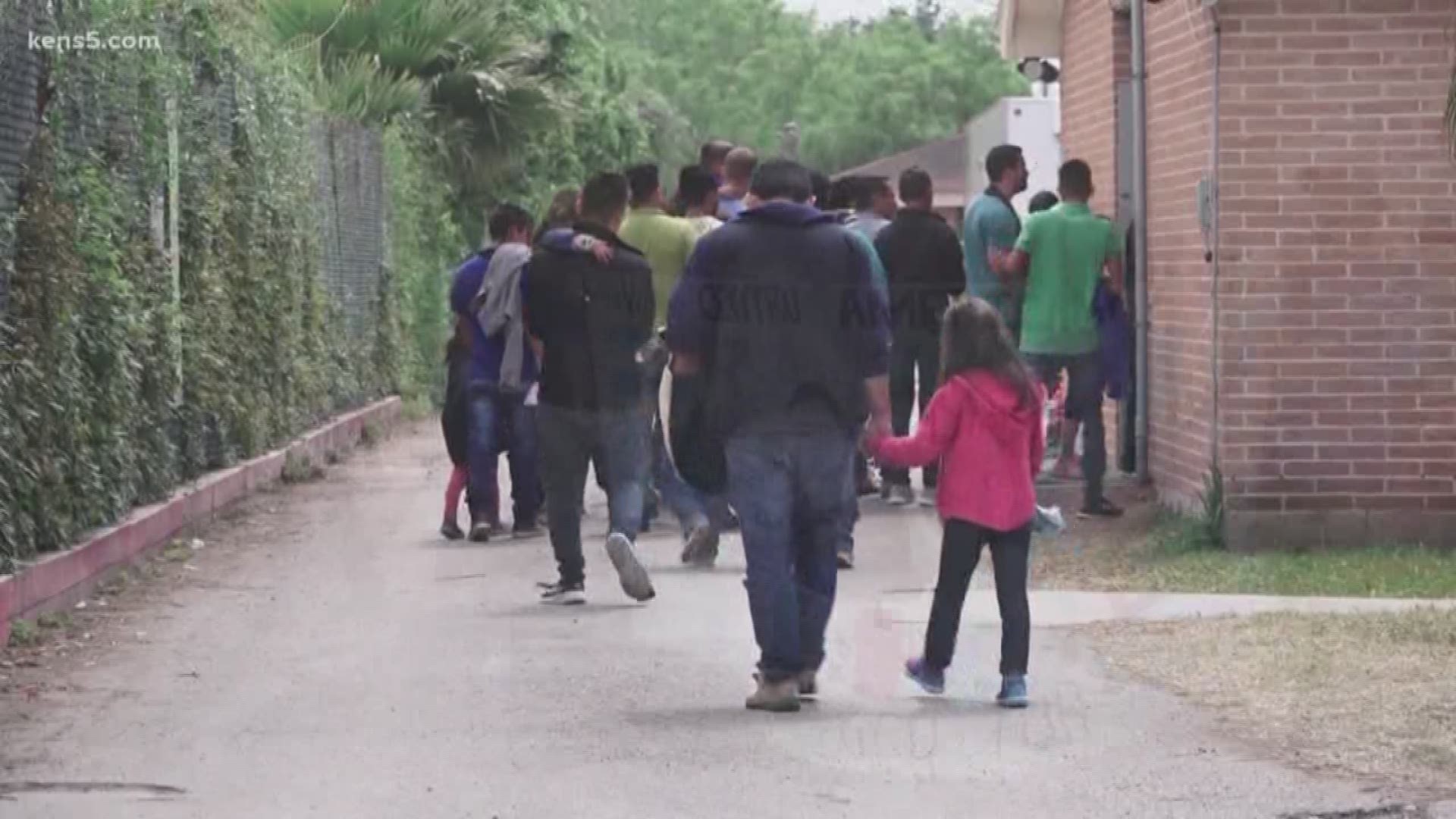 WESLACO, Texas — Federal authorities on the southern border continue to sound the alarm as the rate of illegal border crossings breaks records.

The nation's top border security official declared Wednesday that the immigration system is "at a breaking point," following a massive surge of asylum seekers at the border in the last two months.

The Trump administration points to a lack of detention space as the reason for the recent speedy release of migrant families into the country in certain U.S. Border Patrol sectors, mainly in Texas.

Dozens of men, women and children were being held Wednesday under a bridge in El Paso waiting to be processed by CBP agents near the border.

Just a few yards away, U.S. Customs and Border Protection Commissioner Kevin McAleenan held a press conference explaining that the migrants detained under the bridge were a result of the lack of space at agency detention centers.

“CBP is performing direct releases of migrants when ICE is unable to provide bed space to relieve overcrowding," he said. “We’re going to do this on a risk-basis.”

McAleenan’s visit to El Paso comes amid a significant shift in illegal border crossings in the last few weeks. He said agents detained roughly 12,000 people in the past two days.

Credit: KRGV
Asylum seekers wait under a bridge to be processed by CBP agents in El Paso, Texas

“The last time we had crossings near this level, they were almost all single adults from Mexico who could be swiftly repatriated,” he noted.

CBP is on track to surpass 100,000 undocumented migrant apprehensions for the month of March, the highest in over a decade.

A temporary tent-style detention facility, like the one CBP set up in Donna, Texas in December of 2016, is one of several options being considered to hold migrants until the government determines if they can be released, according to RGV Sector Border Patrol Chief Rodolfo Karisch.

Such facilities can to hold up to 1,000 migrant families with an operational cost of $3.8 million.

“We continue to explore every option that we’ve got but it also boils down to funding,” said Karisch. “We’ve used up an enormous amount of funding just addressing the situation that we have here.”

The Border Patrol RGV sector said Wednesday its agents encountered 1,700 people crossing the border illegally in a single day this week, the most since the start of the Central American influx in 2014.

“We’re forced to release. So, there are some changes in law that we do need to make,” said Karisch.

Meanwhile, thousands of releases in the last week have overwhelmed local charities in places like McAllen, Texas.

Over 2,000 more migrants are headed to the southern border in a caravan that recently crossed into Mexico. And Karisch and McAleenan both expect the rate of migrants coming to the country seeking asylum to accelerate in the spring and summer months.