The reassignment of customs agents to help Border Patrol has caused delays in legal trade and travel. 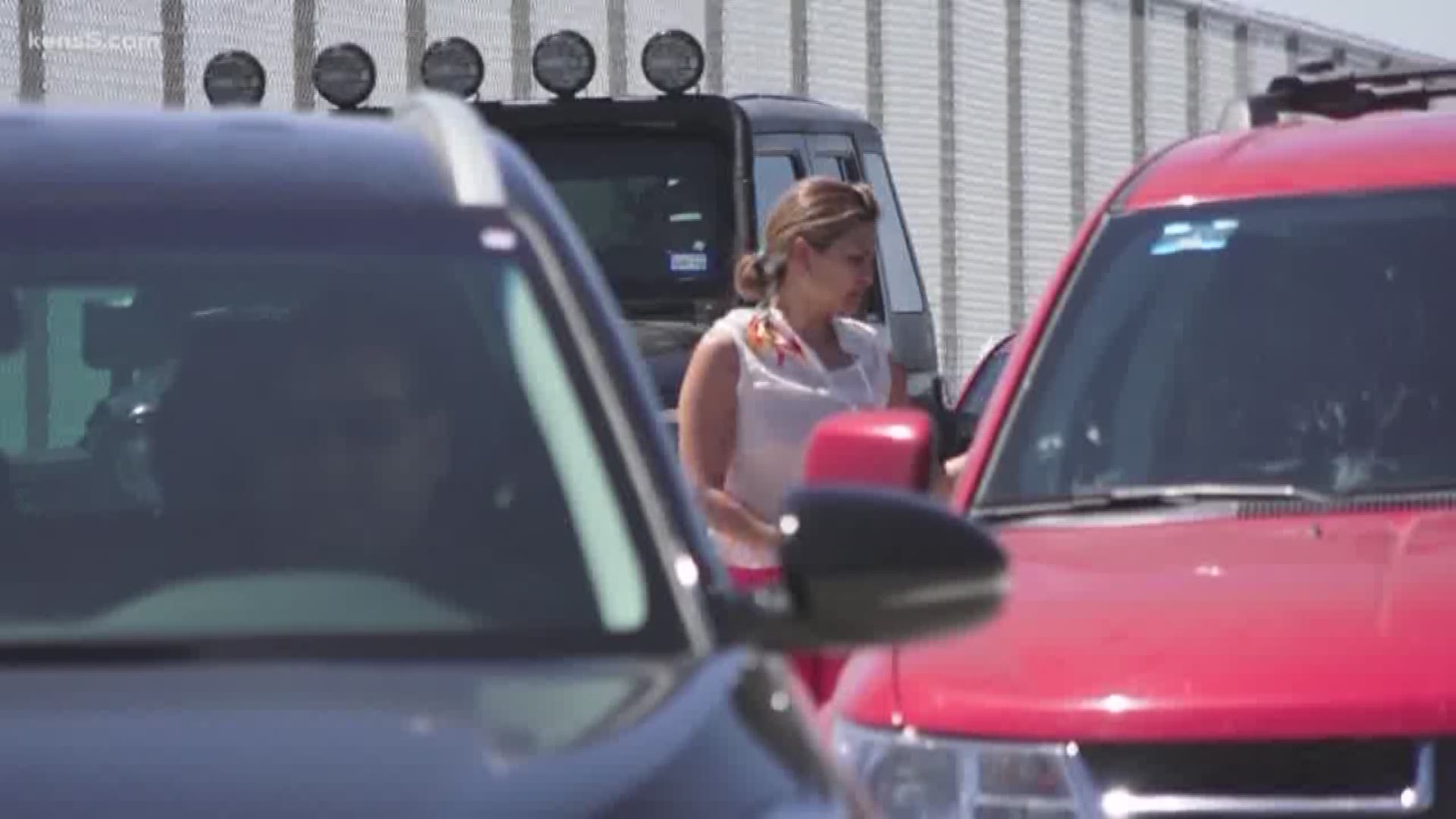 MCALLEN, Texas — Travelers crossing the border from Mexico this Easter weekend are having to cope with a shortage in U.S. Customs and Border Protection agents manning the ports of entry, leading to longer-than-normal wait times.

It has prompted one border city to offer a helping hand while the federal government figures out a solution to speed up legal trade and travel.

Northbound traffic at the Anzalduas International Bridge in McAllen, Texas, stretched for about a mile and a half late Friday morning. On Wednesday, a handful of McAllen city employees began handing out water and gasoline to travelers waiting on the bridge.

Credit: KENS
Dora Zamora hands out bottles of water to travelers waiting to cross the US-Mexico border at the Anzalduas International Bridge

Rincones drove the KENS 5 Border Team down the bridge to show how they helped drivers running low on fuel.

Victor Pardo came to the Anzalduas Bridge after the nearby Pharr Bridge was closed to non-commercial traffic. He asked city staff to help pour gasoline in his tank in order to make it across. The delays at the ports means he’s been late to his construction job.

On top of burning fuel – and patience – Manuel Treviño is running low on customers. He’s a taxi driver who crosses the border regularly, and long wait times means he isn’t able to pick up as many people.

“All the customers are waiting for us. We can do nothing,” he said.

Now longer-than-usual wait times at ports of entry have become the norm in recent weeks.

Credit: KENS
Passengers waiting on bridge get out to use a restroom while they wait for traffic to move

“It took me about 40 minutes to walk to the restroom,” said Griselda Gonzalez, a pregnant Mexican tourist who, like many others on Friday, got out from her car and walked to a public restroom at the end of the Anzalduas bridge.

“This is going very slow,” she said.

Slow is a symptom commonly associated with Washington.

Laredo Congressman Henry Cuellar announced Thursday the return of 225 customs agents out of the 545 that were reassigned.

“Their emphasis is to handle cargo,” he noted.

Daily trade with Mexico represents about $1.7 billion according to the U.S. Chamber of Commerce.

Cuellar also said 600 officers will be hired by the end of the year, with 600 more after that.

For now, good gestures like the ones by the city staff will have to do.

“We depend on them," said city worker Dora Zamora. "Therefore we must receive them with kindness."