Decades ago, the city wanted to build a segregated swimming pool and school, but it meant destroying the cemetery. 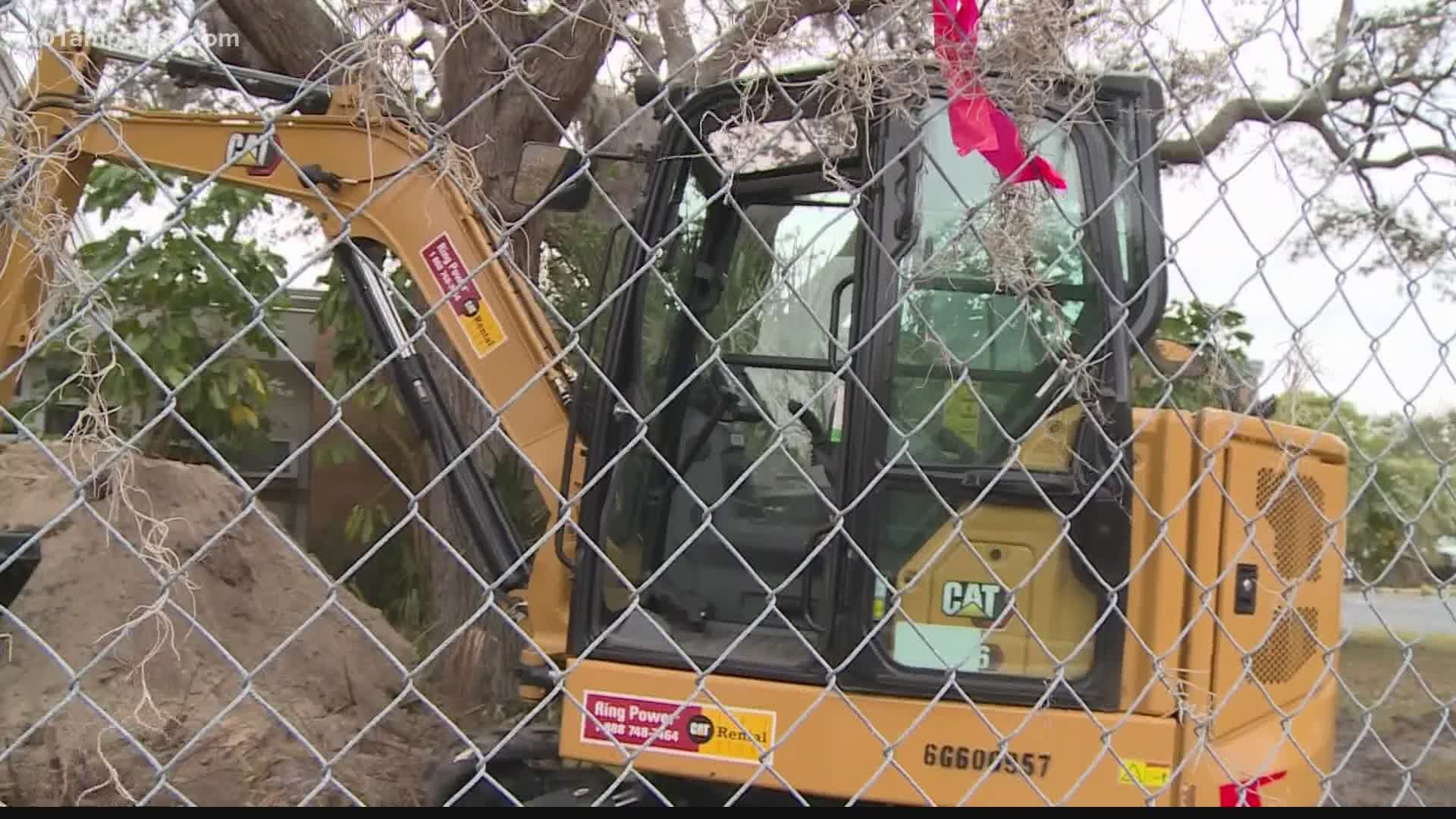 CLEARWATER, Fla. — Archaeologists on Monday began a process called “ground-truthing” in a quest to find out if graves from a segregation-era cemetery still exist on the site of the old Curtis Fundamental School in Clearwater.

"This is the final process. Ground-truthing that makes the final determination that there either is or is not a body in the ground,” said Zebbie Atkinson IV, president of the Clearwater/Upper Pinellas NAACP.

Crews already used ground-penetrating radar last year to detect more than 50 graves from the old North Greenwood Cemetery. They're no using heavy machines to remove the top layers of soil to just confirm whether graves are really there.

Those resting there will not be moved or disturbed.

"There have been talks about having a memorial, having a monument there...reverting back to sacred ground,” Atkinson said.

Decades ago, the city wanted to build a segregated swimming pool and school, but it meant destroying the cemetery. The city told neighbors all the graves had been moved.

"We was told, for I understand that all the remains were moved. But me, myself, I don't speak out about it too much, but I knew different,” O’Neal Larkin Jr. told 10 Tampa Bay in 2020.

Larkin said he remembered seeing remains when workers were digging in the area 30 years ago.

“It put a lot of distrust in the government,” Atkinson said. “…There's some healing that that needs to go along with it, it'll take time, and hopefully we can resolve that.”

Archaeologists will be at the site at Holt and Engman until next Friday. They will then write a report and send it back to the city and the school district to move forward from there. So far, the entire process has cost more than $134,000.