A sixth lawsuit has been filed against TOTE Maritime on behalf of one of the El Faro's crew members' families.

Claims against the El Faro's owners could be greatly constrained by the limits of maritime law.
Author: WTLV Staff
Published: 11/4/2015 1:43:39 PM 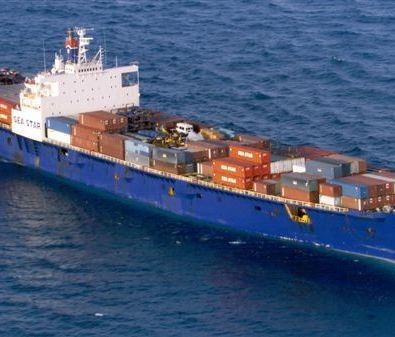 JACKSONVILLE, Fla. — A sixth lawsuit has been filed against TOTE Maritime on behalf of one of the El Faro's crew members' families.

Kurt Arnold of Arnold & Itkin has filed a lawsuit on behalf of Patrick Smith who is the son of mariner Howard John Schoenly.

Arnold says TOTE's "aggressive legal maneuvering" led to the lawsuit. Schoenly was one of 33 mariners lost in the sinking of the El Faro.

Below is Arnold's statement regarding the lawsuit in full:

"TOTE's aggressive legal maneuvering has forced us to file this suit sooner than expected. TOTE has tried to shield itself from taking responsibility for the loss of many lives by hiding behind the arcane Limited Liability Act of 1851. We suspect that TOTE will ask the court that is hearing its limitation petition to order a freeze on new lawsuits.

In effect, by filing for this limitation, TOTE is suing the families of those lost on the El Faro with the hopes of capping their liability before any litigation begins. Normally, a family would have three years to decide whether to bring a claim against TOTE, but now these families will likely have to respond to Tote's petition within six months or forever lose their
claims.

During this period, these grieving families will be in limbo as they wait for the court to determine whether TOTE can escape responsibility for the disaster under the 164yearoldlaw. Also during this time, typically, no new lawsuits can be filed, and little progress can be made on lawsuits that have already been filed. During this time, TOTE will be able to resist responding to requests for information that could become evidence in a case against this shipping company. We will continue to fight TOTE's attempt to hide behind the Limited Liability Act of 1851 and will continue to help the families suffering from this tragedy seek justice."

Unicyclist rides all the way from Maine to Key West