This program will pay out $1,000 to anyone who turns in a person who is carrying a gun illegally. 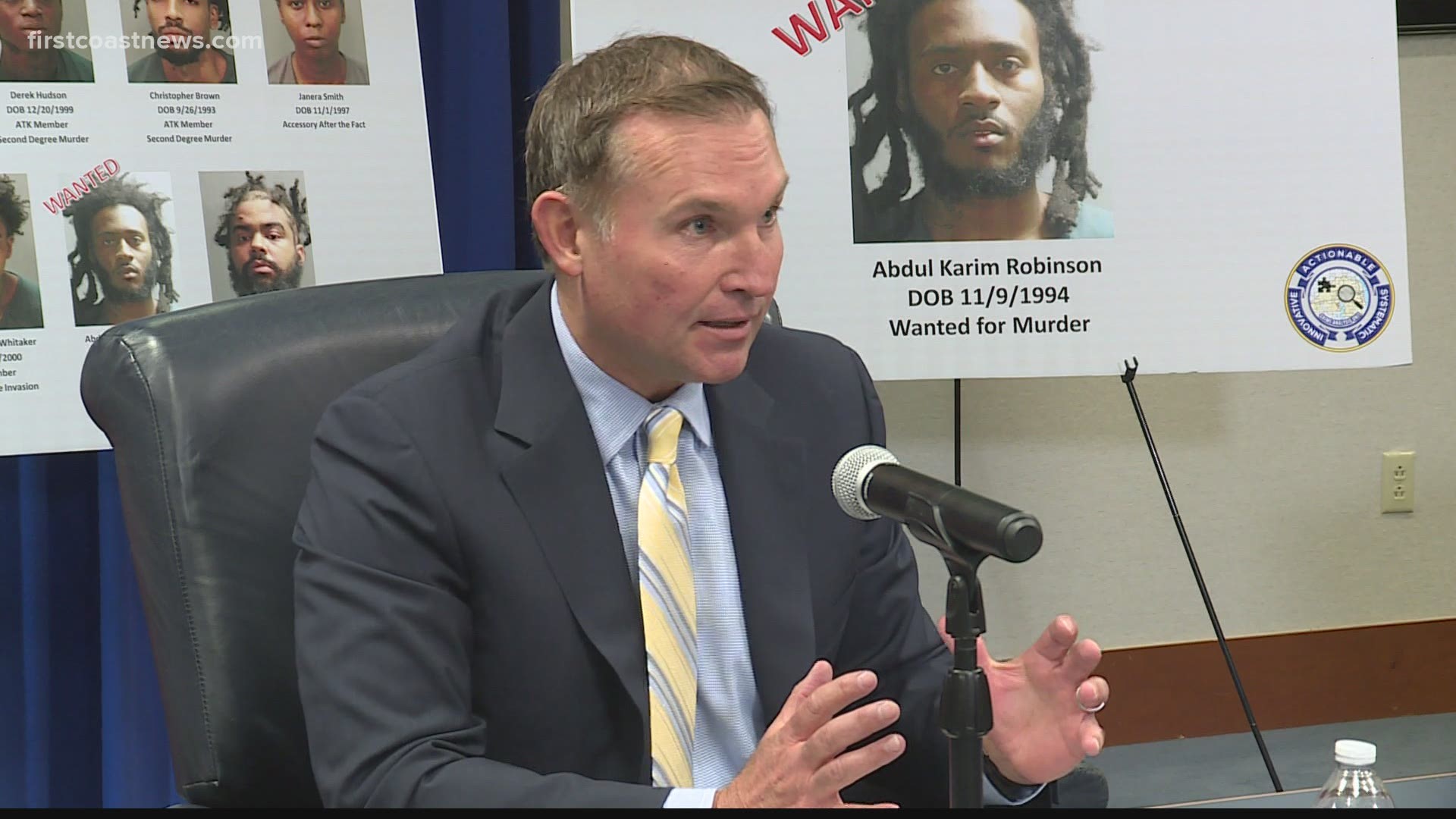 JACKSONVILLE, Fla — How do we put an end to the violence in our city?

It's a question a lot of you ask when a video of another shooting flashes across your television screen during the newscast. According to our records at First Coast News, there have been at least 147 deaths classified as homicides in Jacksonville just this year.

Mayor Lenny Curry says he is frustrated with seeing flashing police lights at crime scenes across his city.

The mayor, along with Sheriff Mike Williams and State Attorney Melissa Nelson, say they are making long term investments within Jacksonville neighborhoods to stop the violence, but they need help.

"We need people in the neighborhoods and they need to do it in a way where they feel safe and protected," Curry explained.

Tuesday, Williams announced the implementation of a gun bounty program. This program will pay out $1,000 to anyone who turns in a person who is carrying a gun illegally.

If that anonymous tip leads to an arrest and the gun is taken off the streets, you get the money with no questions asked.

"Before they pull the trigger, let's make the arrest on the felony gun possession instead of the arrest for the murder," Williams said.

The sheriff says it is no secret that the crime numbers are heading in a bad direction and Jacksonville is not the only city with an issue.

But, Williams says most of the violence in our area is tied to certain gangs and other organized groups.  He pointed out the arrests of 8 members of one organized group.

"We're currently investigating 18 other crimes. Twelve of those being murders related to this organization. When we talk about a small number of people driving a significant portion of the violence in the city, this is what that looks like," Williams responded.

Curry says crime-fighting software like "ShotSpotter" and programs such as "Cure Violence" are working. But, more needs to be done and it starts in the neighborhoods.

"To be clear, there are neighborhood organizations that have been trying to do this work for years. They just need more support and they need more help," Curry said.

When the mayor was asked if he would provide that help—

"If I have the resources and the ability.  I'm in. Yes," Curry added.