Many members of the San Antonio community took to social media, sharing their devastation over Kobe's passing. 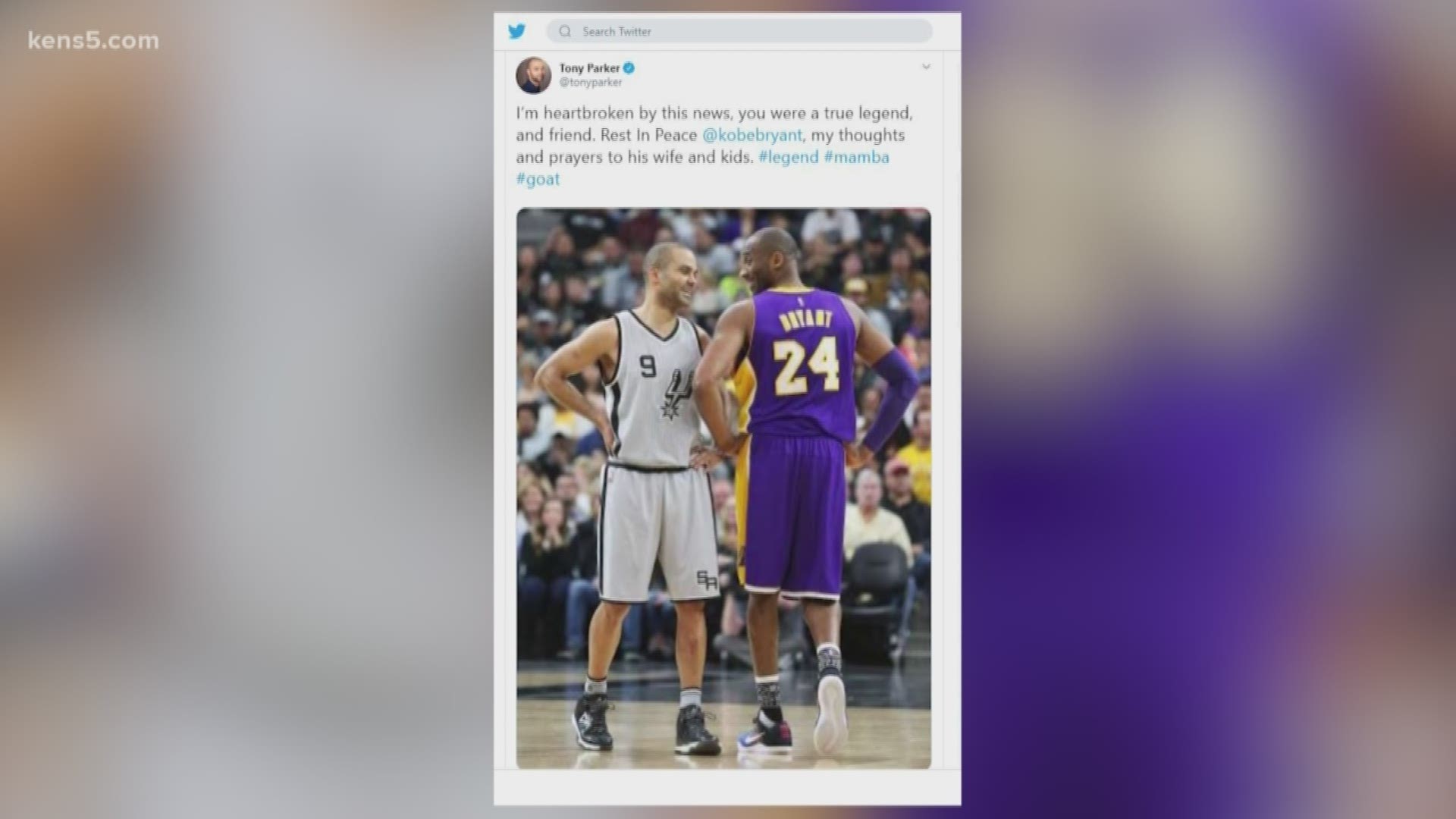 “Kobe inspired all of us," Spurs Sports & Entertainment CEO RC Buford wrote in a statement on behalf of the Spurs organization.

"In San Antonio, we were blessed to have enjoyed a front row seat to his greatness. He had an unmatched combination of determination, skill, competitiveness, personality, grace, passion and intelligence. The loss of Kobe and Gianna leaves a giant hole in our hearts. It’s impossible to express the pain we feel for Vanessa and the Bryant family.”

Members of the San Antonio Spurs family took to Twitter to express their heartbreak over Sunday's shocking news/.

Many members of the San Antonio community also took to social media, sharing their devastation to Kobe's passing.

Joe Reinagel - KENS 5
the Spurs have won three straight, they are back in the 8th spot in ... the West and have several guys playing well. Do you have confidence they can make a playoff run? Or is it time to re-build?