Retaining wall to be built around St. Augustine marsh

The goal is to protect surrounding neighborhoods from flooding with a Category 1 hurricane. 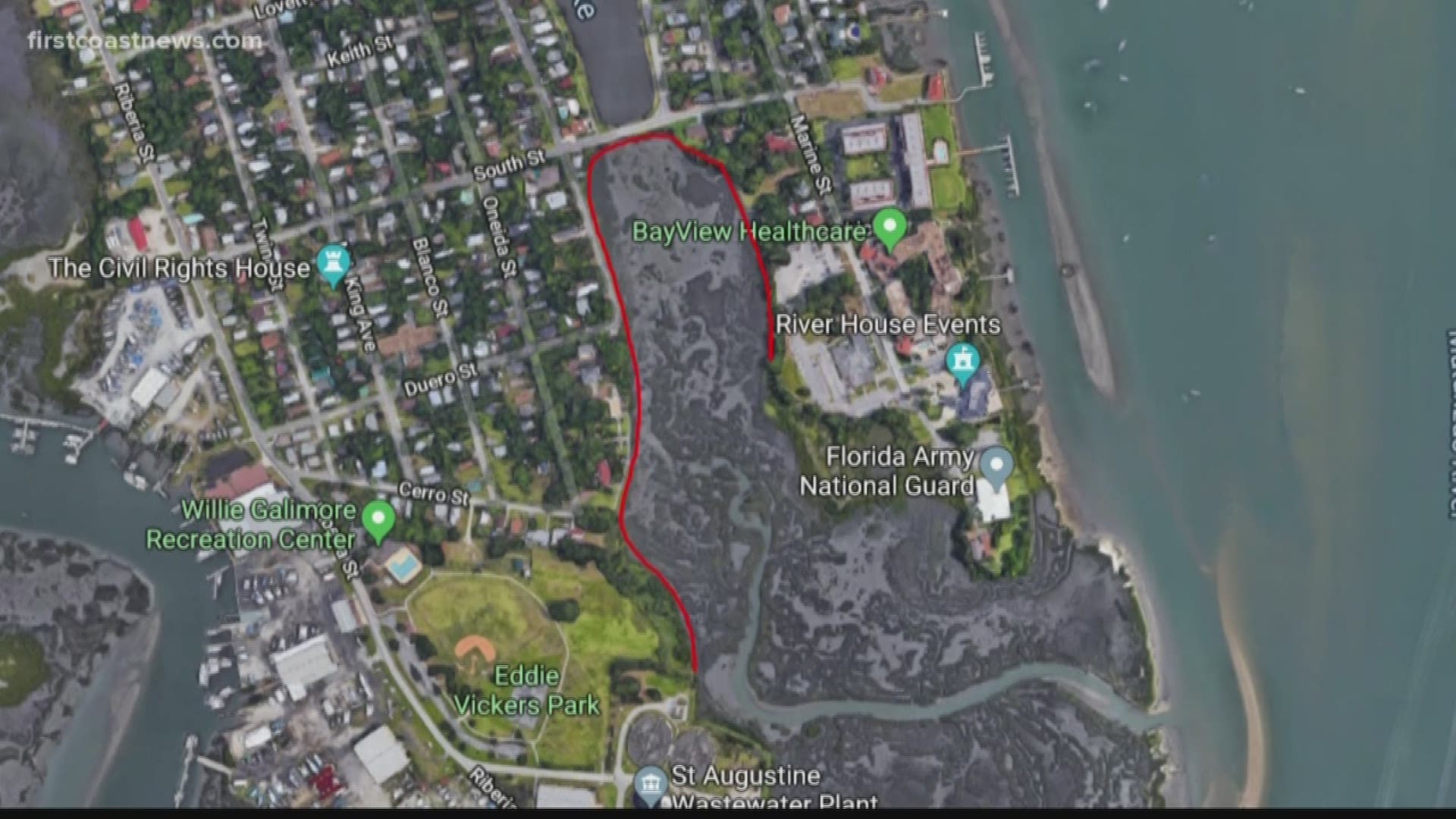 One way is to build a retaining wall. It will be built around a marsh south of South Street, just south of Lake Maria Sanchez, which south of downtown St. Augustine.

It's a place that flooded during Irma and Matthew.

"We're still putting things back in place from the storms," said Gary Stehli. His property flooded during both hurricanes Matthew and Irma. He lives off of Marine Street, and the marsh is behind his house.

The City of St. Augustine plans to build a retaining wall around this marsh. It would wrap around the east, west and north sides of the marsh.

St. Augustine Public Works Director Mike Cullum said, "it will be at the same elevation as the bayfront wall, but because the wetland here is at elevation 4-feet-high, it will be a 3-foot wall, to bring it up to 7-feet elevation."

That's seven feet above sea level. Cullum said it would protect the neighborhoods around it from flooding from a Category 1 hurricane.

One homeowner on the marsh has already built a retaining wall on their property, and Cullum said the larger retaining wall would look very similar to that one.

"I have mixed feelings about it," Stehli said.

Other people who live nearby have reservations as well. Some are concerned about how a concrete structure could impact the natural marsh.

"It has to be voluntary," Cullum said. "If the homeowners are not willing to provide that, we will move into the wetland."

He said there will be mitigation for any impacts on the wetland. The city would "create or enhance other wetland systems to offset those impacts."

Many people who live in nearby neighborhoods realize the need for more protection from hurricane flooding. Some wonder if a 7-foot-high wall is enough.

Stehli said, "I think even a 7-foot wall might even be topped."

Cullum responded to that concern when First Coast News presented it to him. "If we build this wall higher, like 8 or 9 feet, then we could have over-topping of other places that would then flood the properties we're trying to protect here. So we're trying to be consistent with our protection."

Cullum says construction will start in about a year. Until then, neighbors such as Stehli are invited to public meetings to learn more about it.