In the scope of a year, the state numbers for racing dogs testing positive for prohibited drugs in Florida have quadrupled. 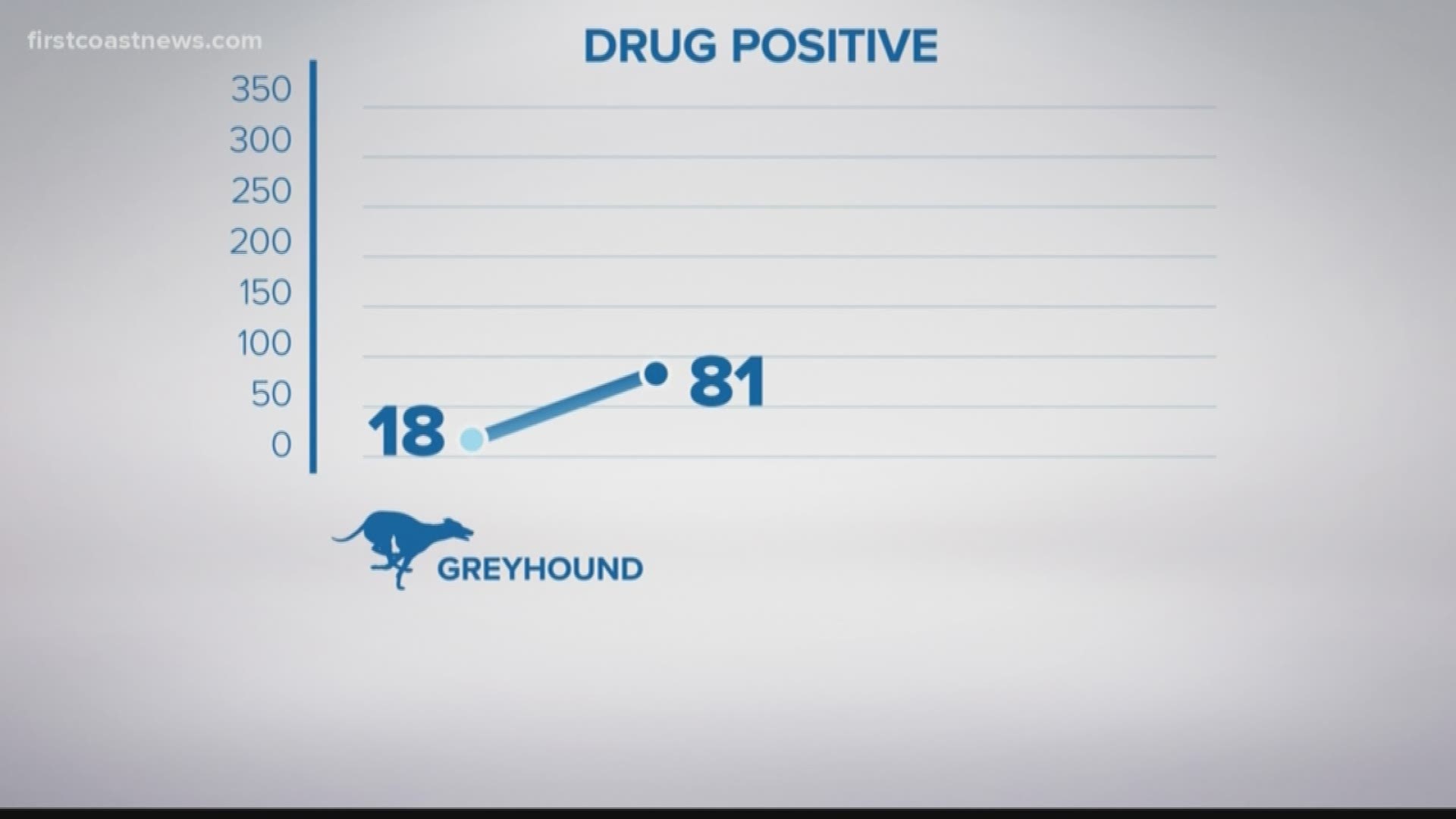 In the scope of a year, the state numbers for racing dogs testing positive for prohibited drugs in Florida have quadrupled.

The most recent released statistic by the Department of Business and Professional Regulation show the number of greyhounds testing positive jumped from 18 in 2015-2016 to 81 in 2016-2017.

The most commonly found drugs in 2016-2017 were caffeine and benzoylecgonine --the main metabolite in cocaine.

Annually, Florida Department of Business and Professional Regulation tracks the number of positive tests which are published in a report the following year.

Beginning June 2017, First Coast News investigated reports of around two dozen drug tests on dogs coming back positive for cocaine at the Bestbet racetrack in Orange Park. The two trainers responsible for the red-flagged dogs appealed the state's findings and the cases remain pending.

The validity of the drug testing process has met criticism for its 'zero tolerance' thresholds and failure to address environmental contaminants.

While greyhounds are testing positive more often, racehorses in Florida are seeing the opposite. State data shows a previous report of 343 positive tests in 2016 has dropped to under 188 in 2017.