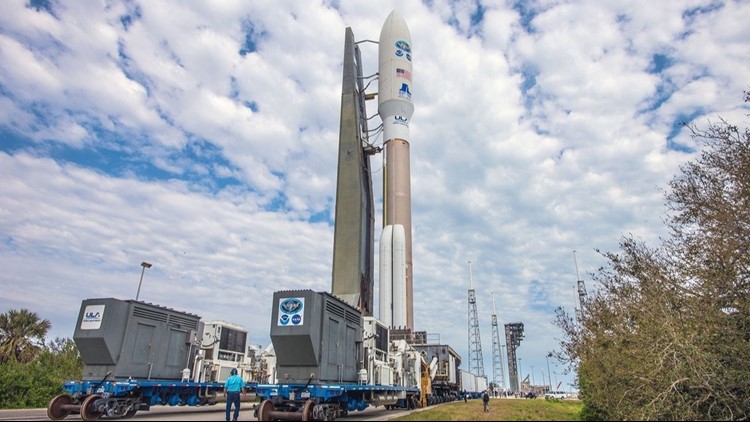 After working through a technical issue at the top of the launch window, the rocket blasted off Thursday afternoon from Florida's east coast.
Author: Chelsea Tatham, Associated Press
Published: 11:14 AM EDT March 26, 2020
Updated: 7:09 AM EDT March 27, 2020

CAPE CANAVERAL, Fla. — Another reason to head outside and look up Thursday afternoon: There was a rocket launching from Florida's east coast.

This was the sixth of such satellite to be launched into space, and the first officially deployed under Space Force. The first five satellites were launched under the U.S. Air Force.

This launch marked the 83rd Atlas V mission since the first in 2002.

The launch window opened at 2:57 p.m. though a technical issue had the rocket holding on the ground before launching less than an hour before the window closed.

While public viewing at Kennedy Space Center in Cape Canaveral has been closed because of the coronavirus pandemic, ULA had a live broadcast of the launch on its website.

The chief executive of United Launch Alliance, the rocket maker, says non-essential workers were barred from the launch control room to reduce the size of the crowd.

Chief Tory Bruno says surfaces were cleaned to guard against coronavirus, but it wasn't possible to keep all staff 6 feet apart.