Trump supporters line up 40 hours ahead of downtown Orlando rally

Trump will officially kickoff his re-election bid Tuesday with a rally at the Amway Center. 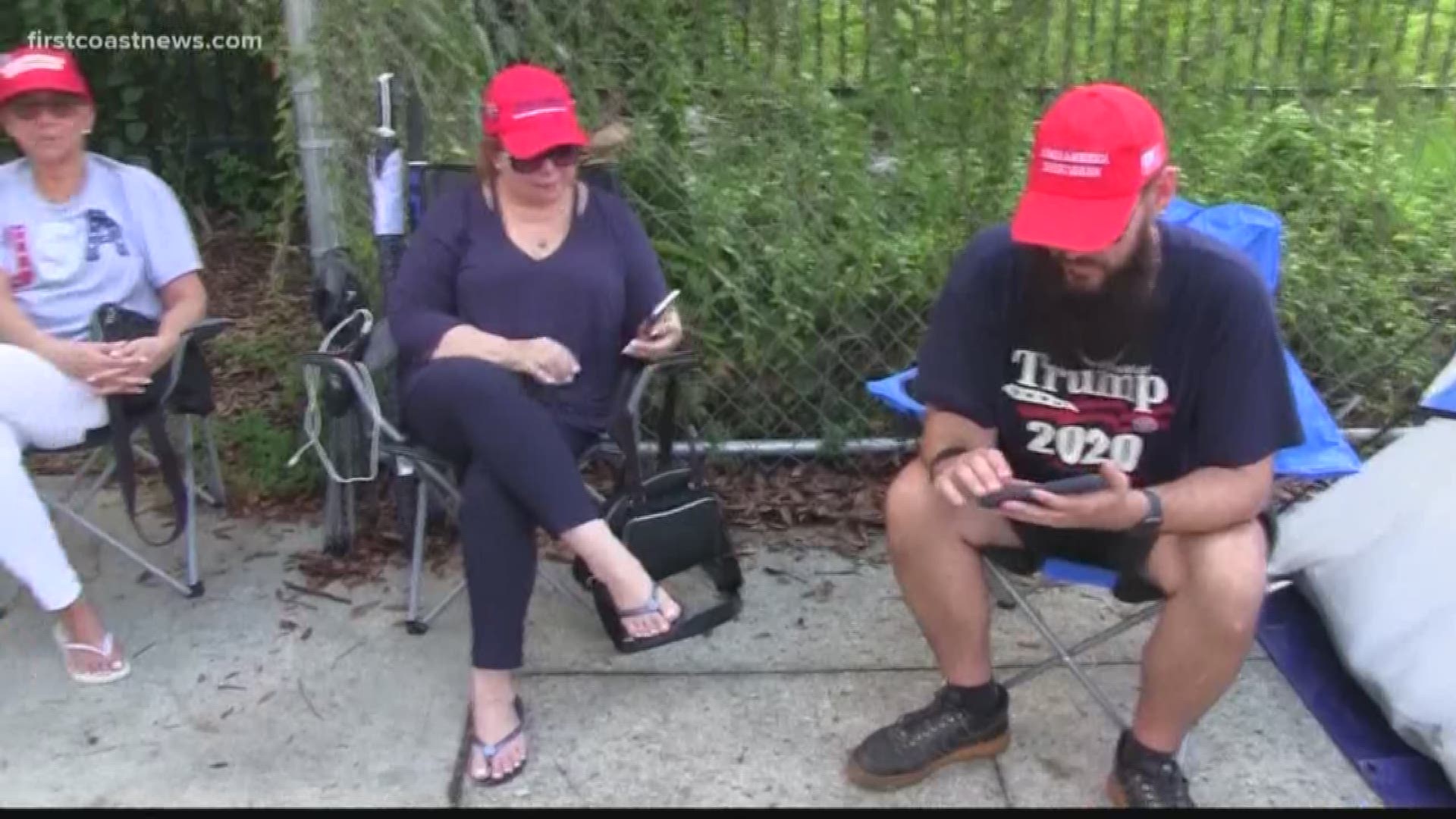 President Donald Trump doesn’t arrive in Central Florida until Tuesday evening, but several his supporters have already lined up at the Amway Center ahead of his speech.

Trump will officially kickoff his re-election bid Tuesday with a rally at the Amway Center.

In addition to the rally at the Amway Center, Tuesday’s kickoff event will feature an all-day “45 Fest.” The fest will feature food, live music and big screens for people to watch the president’s speech, the campaign said.