TRUE FIGHTER: On his last day of proton therapy a Jacksonville firefighter gets a huge surprise

"Daddy has a spot on his brain and they took it out, and now we are getting medicine so it doesn't come back." 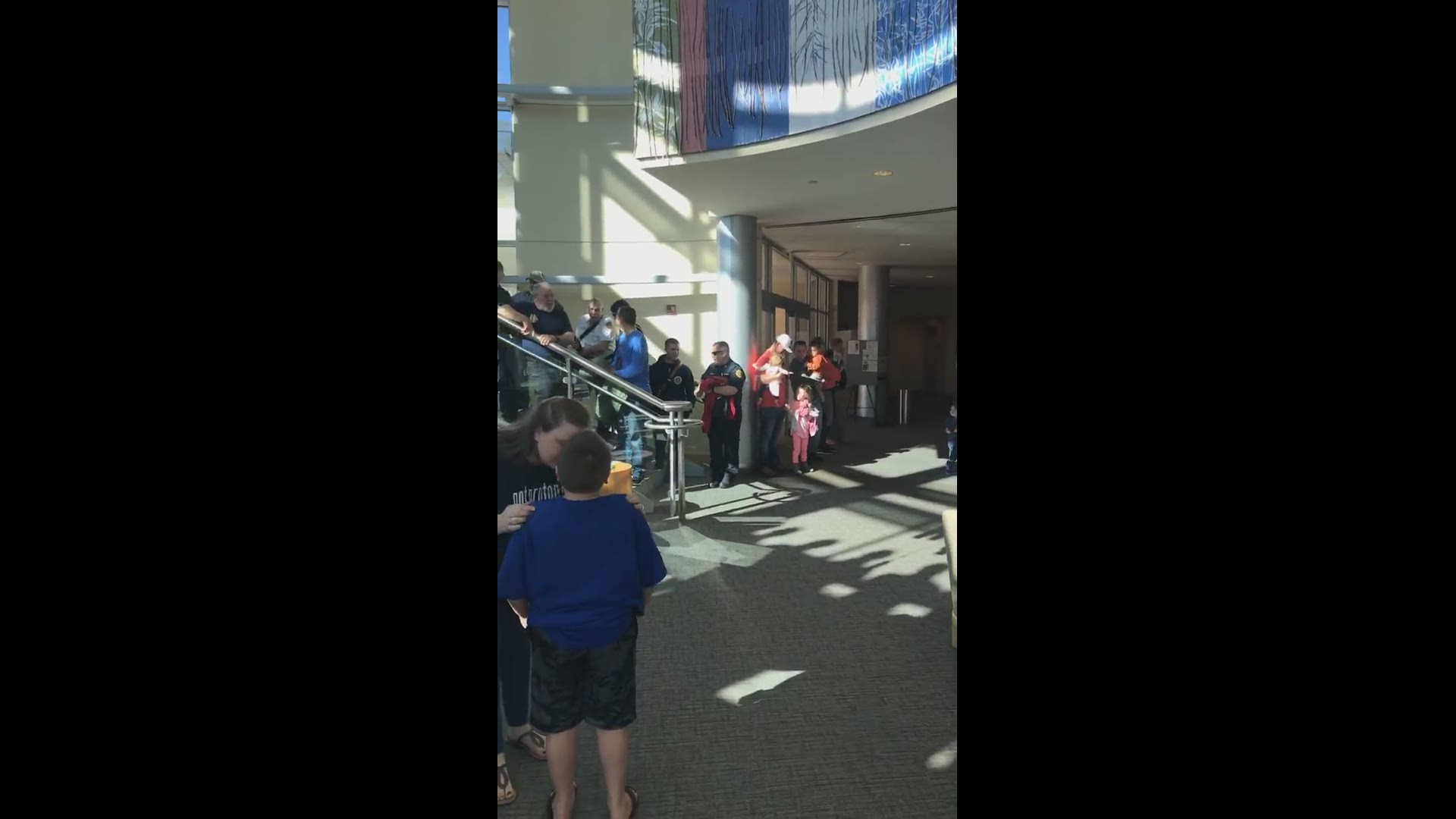 When you hear Aud's Chime for the first time, a feeling runs down your spine.

The gentle ring symbolizes the completion of a journey and most importantly, hope, for those that continue to fight.

On Monday, a Jacksonville Fire and Rescue Department (JFRD) firefighter got to ring those chimes after his last proton therapy session. Brian Kernohan rang those beautiful chimes in the company of his family members.

All one hundred of them.

Firefighters and staff from JFRD crowded the staircase and spilled out into the main lobby of UF Health Proton Therapy Institute. They were all there to surprise him and pat him on the back for overcoming his greatest obstacle yet.

Kernohan emerged from the hallway with an ear-to-ear grin, whimsically sporting a 'Radioactive' t-shirt that received a few chuckles from the crowd. When he realized how many firefighters were there waiting for him, his expression changed.

With a clenched jaw and misty eyes he walked over to where his wife and two sons were standing, took hold of  Aud's Chime and let the sweet sound of hope fill the air.

His wife, Katie Kernohan, tells First Coast News that Brian has worked with JFRD for 15 years but it was only a matter of days that changed their life forever.

"He had to get a CT and they noticed a mass in the back of his brain. They sent for MRI and the next day they're saying 'Go to the ER you need surgery'" says Katie Kernohan. "It was a shock but you know if this is what we need to walk through if God's telling us we need to do this, then we're gonna do it."

She says their two boys, eight and 11, have been very brave during this whole ordeal and that they are hopeful for the future.

"They understand it on a level that an eight and 11-year-old can understand. That Daddy has a spot on his brain and they took it out, and now we are getting medicine so it doesn't come back," she tells us.

Cancer caused 61 percent of the career firefighter line-of-duty deaths from January 1, 2002, to March 31, 2017, according to data from the International Association of Fire Fighters (IAFF).

Jimmy Patronis, Florida’s Chief Financial Officer, is pushing for lawmakers to approve a cancer-benefit bill during the 2019 legislative session. If passed, the measure would let firefighters battling cancer opt-in to a plan that would help pay for their health care deductibles and bills while recovering from surgery or treatment.