“The public is owed the truth,” State Sen. Jason Pizzo said. “And they should hear it and see it, not be in some backroom conversation.” 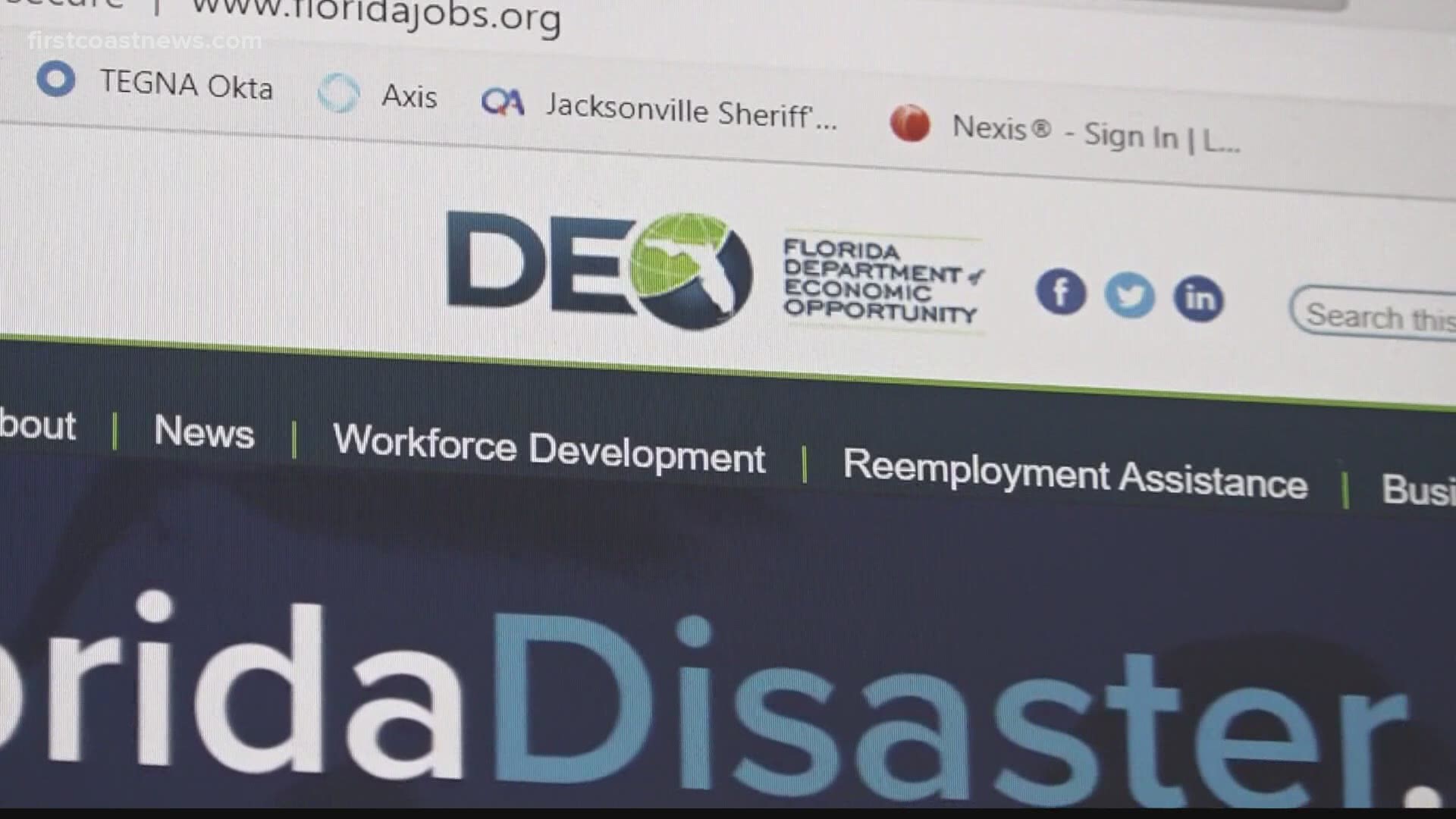 JACKSONVILLE, Fla — Floridians navigating the state's unemployment maze often look to lawmakers for help and are hoping to see results come from the upcoming legislative session.

“There have been a couple of bills drafted to address unemployment,” said State Sen. Jason Pizzo.

The topic on everyone’s minds is fixing the CONNECT system that has been riddled with glitches since March.

“I really want to open the hood so to speak and see what the problem is before slapping something on or just scratching it and replacing it without knowing what the underlying issues were,” Pizzo said.

Both Gov. Ron DeSantis and the head of DEO, Dane Eagle, launched investigations into the system. Pizzo said lawmakers should have those findings to build off of in February.

“The public is owed the truth,” Pizzo said. “And they should hear it and see it, not be in some backroom conversation.”

We’ve also seen Floridians struggle to live off a maximum of $275 per week, which is the stingiest unemployment payment in the country. Florida also offers the least amount of weeks at 12 weeks.

“The last time we touched it and changed that amount was so many years ago,” Pizzo said. “It’s not reflective of where we are.”

Pizzo points out that states like Montana has a lower cost of living than Florida and provides its residents with more than $500 per week.

In order to get any of this accomplished, Pizzo calls Floridians to not have a “short-term memory.” He said we need to remember the flaws in the system, so we’re not in the same situation in the event of another disaster.

“I don’t care if you're black, white, Hispanic, short, tall, fat, skinny, Republican, independent or Democrat. We all love our families and our children and we want a roof over our head," Pizzo said.

Pizzo expects any system changes would go into effect on July 1.

Pizzo encourages Floridians to go to https://www.flsenate.gov/Senators to find their elected officials and monitor how they vote on issues.