The City of Tallahassee tweeted photos of the aftermath, including one of an overturned aircraft. 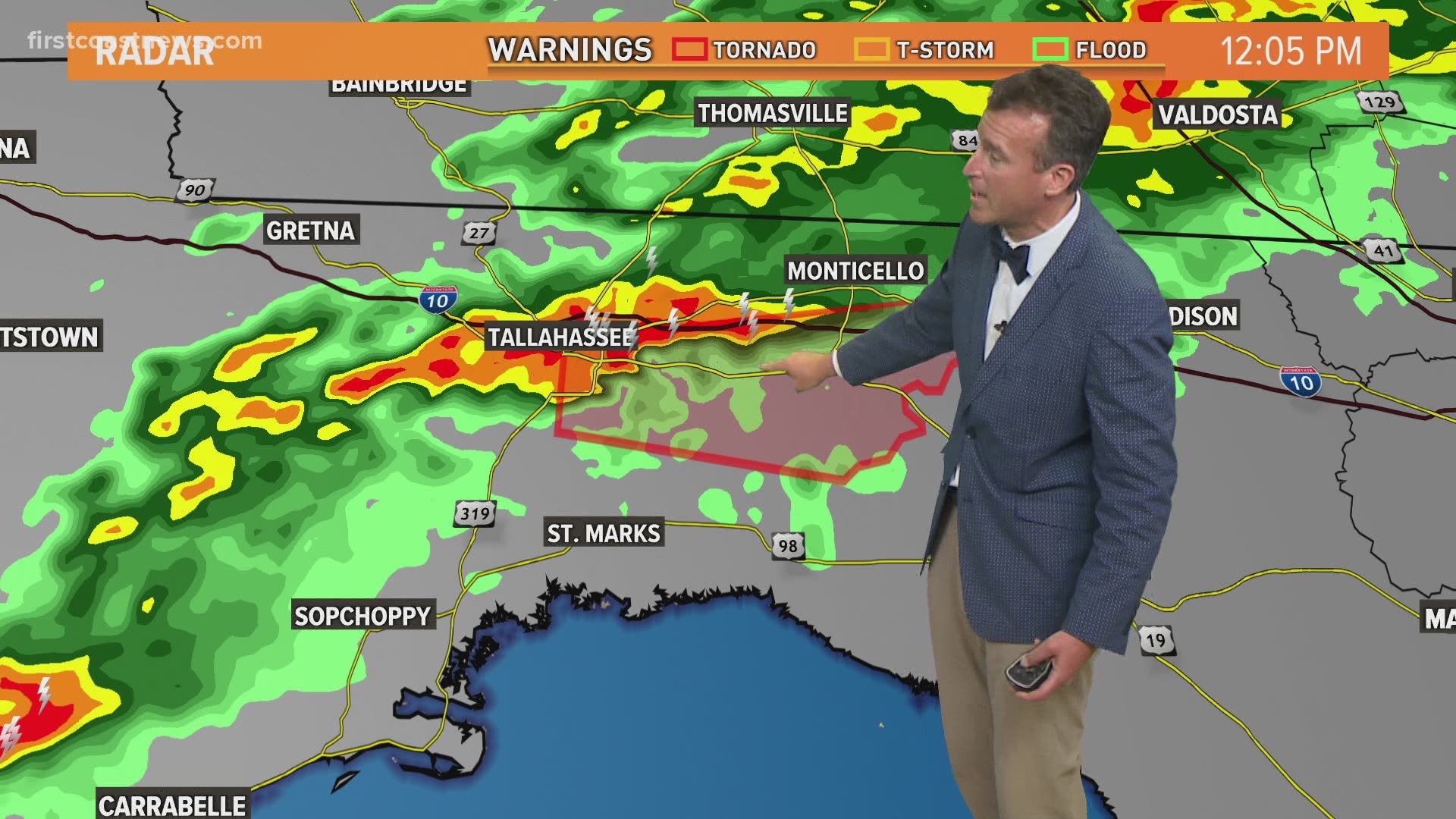 JACKSONVILLE, Fla. — A tornado touched down near the Tallahassee Airport on Wednesday according to a tweet from the National Weather Service in Tallahassee.

NWS Tallahassee confirmed the tornado touched down around 11:43 a.m.

The City of Tallahassee tweeted photos of the aftermath, including one of an overturned aircraft. The city said the airport is closed temporarily for damage assessment.

The damage assessment is underway at @TLHAirport, which remains closed. pic.twitter.com/9q9wg3yfZo

"The tornado occurred at the TLH airport," said NWS Tallahassee on Twitter. "Our office is northeast of the airport on the campus of FSU and was not affected. Technicians are at the radar and report no damage. The radar remains down due to a communications issue."

ABC affiliate, WTXL ABC 27, reports that thousands of people are without power in the Big Bend area as a result of the tornado and surrounding storms.

Additionally, a portion of I-10 eastbound in Tallahassee has been closed down due to water on the road, according to the Florida Highway Patrol.

Due to impacts from the severe weather moving through the area, Tallahassee International Airport is temporarily closed for damage assessment. Currently, no injuries are reported. Updates will be posted as they become available.