Ten months after the pandemic shut the doors of many Florida businesses, a national expert said Florida’s unemployment system may be the worst in the nation. 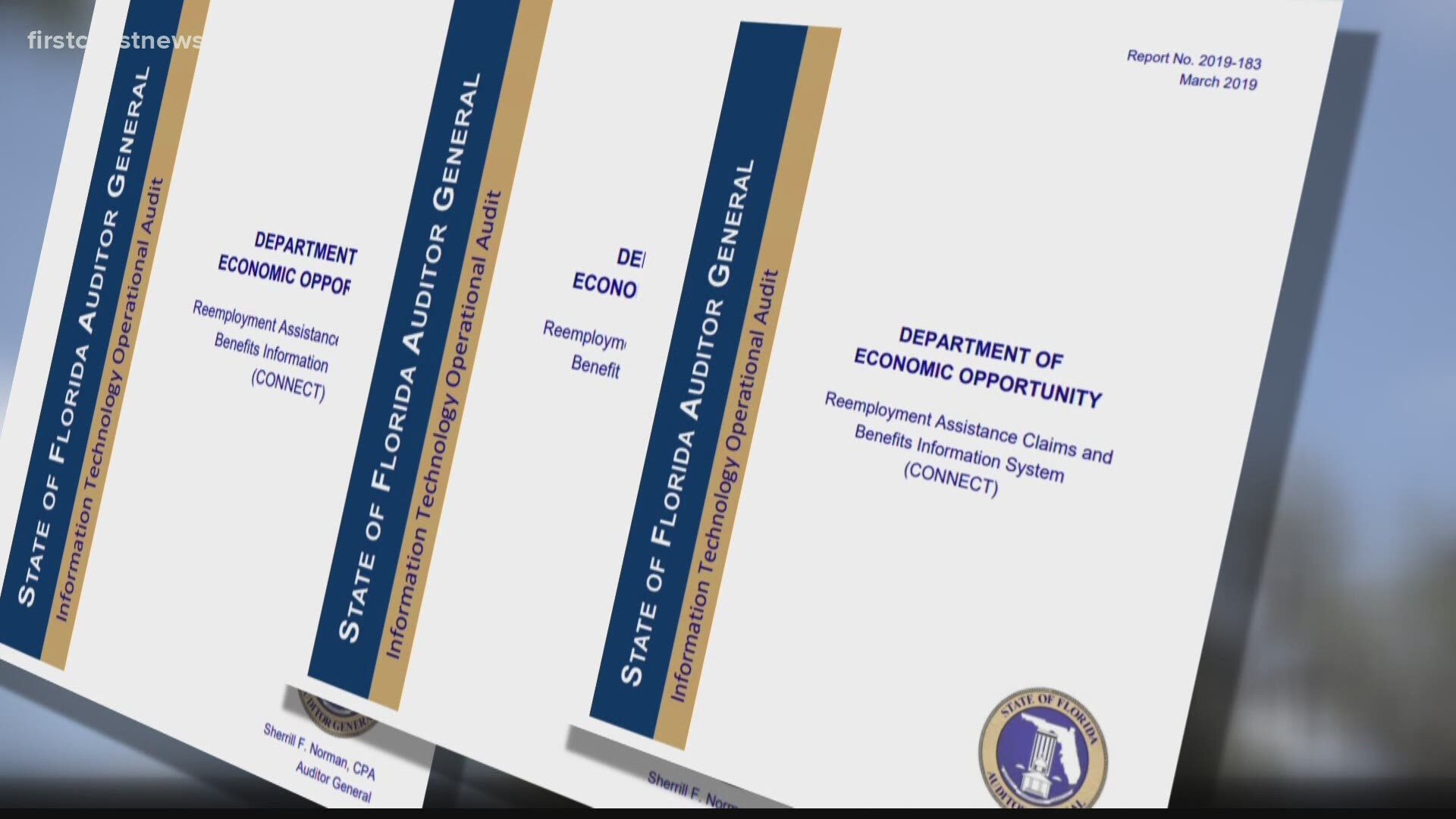 JACKSONVILLE, Fla — It’s been about ten months since the pandemic shut the doors of many Florida businesses, and to this day, a national expert said Florida’s unemployment system may be the worst in the nation.

“It’s definitely the one of the worst, if not the worst, state in terms of getting benefits out the door,” said Michele Evermore, a national unemployment expert and senior analyst with the National Employment Law Project.

All 50 states had to adapt their systems to handle a worldwide pandemic and unemployment crisis.

“No state did it perfectly,” Evermore said.

Evermore said Florida was the worst at distributing benefits, which hurt the state.

“Florida lost out not just on billions of federal unemployment dollars, but also the economic stimulus that would put out to the communities,” Evermore said.

Florida’s unemployment system has relied heavily on federal programs through the CARES Act. The majority of Floridians collecting payments use the temporary federal programs.

“How are you going to pay the bills, put food on the table, prevent an eviction, when the money that Congress has set aside weeks ago for you isn’t coming to you?” said state representative Anna Eskamani.

“The system was designed to not let people in,” Evermore said.

The $78 million CONNECT system was put in place by former governor Rick Scott in 2013.

In a series of reports from 2015, 2016 and 2019, the State of Florida’s Auditor General repeatedly mentioned problems with the CONNECT system and the department’s continued failure to correct them. The report said website flaws included problems with the system’s accuracy, efficiency and security.

“We allowed it to break on purpose,” said state representative Anna Eskamani. “We designed it to fail and it’s time for a change.”

Lawmakers like Eskamani say fixing the unemployment system will be a top priority for the coming legislative session.

“What I don’t want to see happen is folks pretend like this was never a problem, and then a year from now Floridians continue to face a broken unemployment system,” Eskamani said.

In her newly proposed bill, Eskamani demands accountability from the state. The bill proposes a three-week deadline for the department of economic opportunity to determine if a claimant is eligible for benefits.

Along with fixing a broken system, Eskamani is pushing for enhanced benefits.

The bill proposes nearly doubling maximum unemployment payments to $500. The national average is about $400.

Eskamani said she looks forward to bipartisan negotiations on the bill.