A decision by the state's highest court could have major impacts on police use-of-force cases. 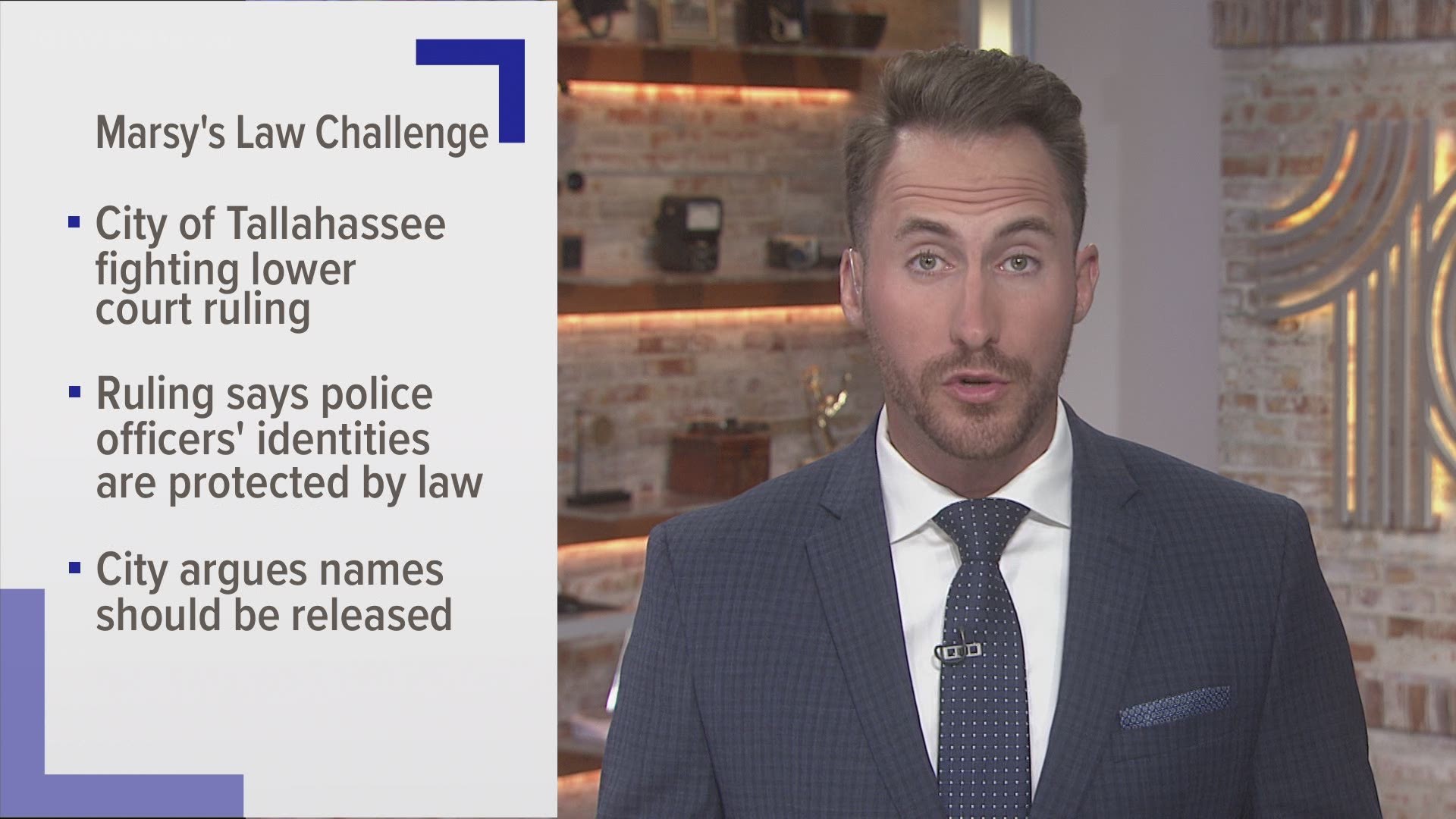 TALLAHASSEE, Fla. — The Florida Supreme Court is being formally asked to take up the constitutional dispute over whether Marsy's Law, which protects the identities of crime victims, also shields the names of working police officers.

Recently, an appeals court unanimously ruled it did.

As the Tallahassee Democrat reports, the court battle ties back to May 27, 2020, when a Tallahassee police officer shot and killed Tony McDade, a Black transgender man. According to the paper, it happened just moments after investigators say McDade fatally stabbed the son of a next-door neighbor.

The city of Tallahassee initially planned to release the name of the officer – and the name of a different officer in a separate case. However, the Florida Police Benevolent Association didn't like that plan. The organization sued and argued the officers were impacted by aggravated assaults and, thus, were entitled to privacy protections under the 2018 voter-backed constitutional amendment that is more commonly-known as Marsy's Law.

The three-judge panel of the 1st District Court of Appeal agreed with the police union, reversing a July circuit court ruling by previous Leon County Circuit Judge Charles Dodson who ordered the city to release the names of the officers in the interest of both holding government accountable and protecting victims' rights, according to WFSU.

The judges reiterated the amendment's definition of a "crime victim," meaning "...a person who suffers direct or threatened physical, psychological, or financial harm as a result of the commission or attempted commission of a crime..." and stated a police officer falls under that definition when their life is threatened.

"That the officer acts in self-defense to that threat does not defeat the officer’s status as a crime victim," the 13-page opinion reads, in part.

The city of Tallahassee was not happy with the appeals court ruling and has asked the state's highest court to weigh in. The city has now filed a notice, the first step in the Florida Supreme Court process.

If things move forward, the court may rule on whether police officers who are involved in use-of-force situations can keep their names from the public. That could have major implications on future cases statewide.

“The City of Tallahassee intends to seek review before the Florida Supreme Court of the First District Court of Appeal’s April 6, 2021, decision finding that police officers, while performing their public duties, are to be afforded the protections of Marsy’s Law. This case is one of great public importance to the State of Florida in its appellate level interpretation of Article 1, Section 16 of the Florida Constitution (Marsy’s Law). With respect for the Court’s opinion and appreciation of the difficult work performed by police officers every day, the decision has far-reaching implications related to public transparency and is deserving of final review by Florida’s highest court.”