The new yearbook section will include not only the LGBTQ community, but also students who are neurodivergent, disabled and anyone else who has overcome the odds. 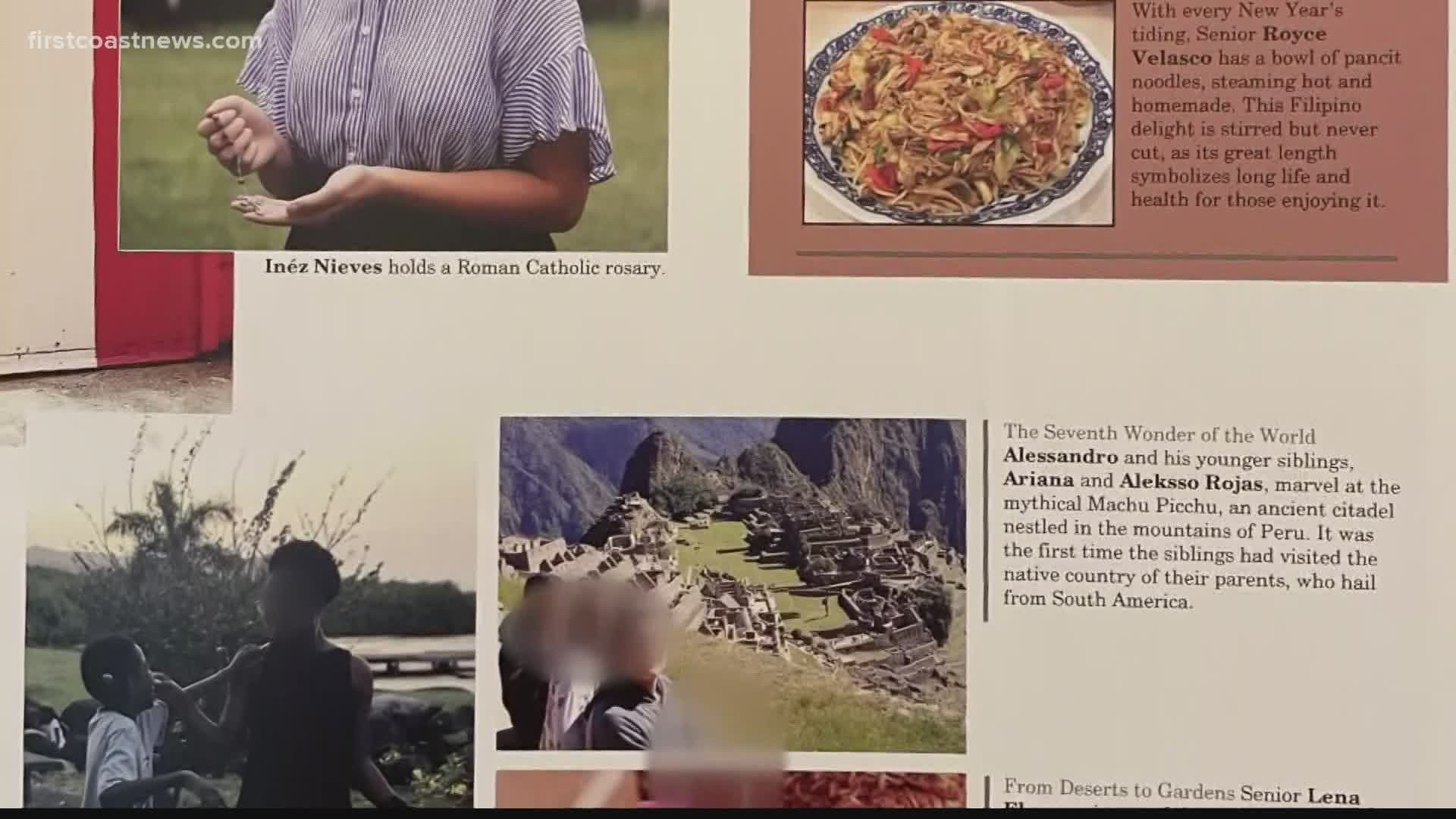 According to an update to the petition on Change.org, the new yearbook section will include not only the LGBTQ community, but also students who are neurodivergent, disabled and anyone else who believes they can tell a story about overcoming the odds and finding acceptance, or wanting to educate others in a kind and respectful way.

Originally, Editor Hanna Coulter claimed district officials told Principal Thomas Pittman and Vice Principal Rex Knight that she could not devote half of the yearbook's cultural spread to an LGBTQ pride section. As a result, Hanna said, the entire cultural section was not to be printed.

It is unclear exactly whose decision it was to remove the section.

Coulter said school officials objected because the yearbook already features the Gender Sexuality Alliance club in the club section of the yearbook. Coulter describes the GSA segment as a group photo, three small photos and a description of the club, and notes it is just one of many clubs featured.

"We also include AP, Colorguard, and the Bands in the clubs, and as separate, full pages," Coulter wrote in the original petition. "The reason given to me is invalid, and raises more questions than answers."

She said the page wasn't political, and "highlighted students being accepted by their parents, learning to accept themselves, and finding friendship in the community."

Coulter told First Coast News she is set to meet with school officials again on Tuesday.

First Coast News reached out to Clay County District Schools for comment Friday morning, and they responded with the following statement:

"The district has been notified of a situation regarding the yearbook at Fleming Island High School. The district is currently in the process of reviewing the situation. Clay County District Schools values the diversity of all students and remains dedicated to positively promoting and supporting the students of Clay County."

The full petition update is below.

Thanks to the Chief Academic Officer Roger Dailey, we have come to an awesome solution-
Not only has the goal been reached for a school diversity page, but there will be an add-on to this yearbook, meaning not only will it be included, but receivers of the book will be able to put it wherever they want in their yearbook!
For future reference, this will be a spread (2 pages) in the yearbook Student Life division along with the other student life spreads (Travel, Hobbies, Relationships, Siblings, etc), and will be where Culture once was, which is typically pages 22-23. The spread will not be held to a lower or higher standard than other pages, and will be held equally to our other student life division spreads. As part of the Yearbook guarantee, it'll be nonpolitical (in case there are any concerns from parents!) and appropriate in accordance to school/county/district policy.
The School Diversity spread will focus on students who belong to another culture or religion, the LGBTQ+ community, neurodivergent students, disabled students, and anyone else who believes they can tell a story about overcoming the odds and finding acceptance, or wanting to educate others in a kind and respectful way. Like all other spreads, students will be on a volunteer-basis, and Yearbook MUST receive consent before publishing anything official.
Given the circumstances, this year's School Diversity spread will feature more students than the average spread usually does. This is to ensure that the layouts flow nicely and that it can be placed anywhere within the book. For oncoming years, it'll be the same size and feature the same amount of students that other spreads do.
I would like to thank the community so much for the support. It means a tremendous amount to our students. Regardless of whether you're a parent, student, concerned community member, etc, education and representation is an unbelievably important factor in teen development, and none of this would be possible with you.
I'm also extremely proud of our school and the district for allowing us this representation, and willing to sit down with me and hear the community's concerns. I look forward to sharing with you all this amazing page, and for that, our amazing yearbook!
Edit: I've also been assured that this will not be a problem in the future.

The original language of the petition is below.

Hello! My name is Hanna Coulter. I’m the yearbook editor at Fleming Island High School. In summary, my rights, along with other students’ rights, have been violated by TBD.
Earlier in the year, I made the decision to replace half of the cultural spread with a pride page that represents our LGBTQ+ students. This decision was glorified by our staff as a new way to include students that are often overlooked in the student body.
On April 14, I was called into a meeting with Principal Thomas Pittman and Vice Principal Rex Knight, along with our teacher yearbook advisor. I was told that the spread (which includes both culture and pride) would not be printed as a result of a decision made by TBD.
The reasoning provided was that we already had GSA (Gender Sexuality Alliance) club in the club section (of which is a group photo, 3 small photos, and a description of the club.)
In the past, we’ve had a Multicultural club and a Cultural page. We also include AP, Colorguard, and the Bands in the clubs, and as separate, full pages. The reason given to me is invalid, and raises more questions than answers.
Regardless of what you believe in religiously or politically, this is a violation of student’s rights. It's censorship of free speech and representation. It even says so here on OneClay’s website: https://www.oneclay.net/page/4966 . It is also a violation of Education Amendment Title IX, which covers discrimination of sex, as the page includes a transgender student.
“But what about cultural page? They pulled it too!” Yes. They did. I spoke to other yearbook advisors that are covered by Clay County and ours is the only one that was pulled- questionably along with Pride. The only difference between our school and other schools is there being the Pride page.
Something to note that was not brought up by the school, but might be speculated by people outside of the school, is that it was taken out for political reasons. Nothing political was on the Pride page. It highlighted students being accepted by their parents, learning to accept themselves, and finding friendship in the community. In our yearbook, my goal is to dissociate for politics as much as possible. The page wasn’t political- it received the same treatment as our cultural page- being born the way you are.
My goal, overall, is to to include a page in our yearbook that allows students to have that representation of culture, LGBTQ+, the disabled, and anyone else who believes that they are a minority at our school.
If you (hopefully) agree with our stand to get this reinstated, or at least prevent it in the future, here’s who you can contact: At the moment, I am working to find out whose decision it was exactly, so there is no one to contact at the time. This will be updated shortly, thank you for your support!