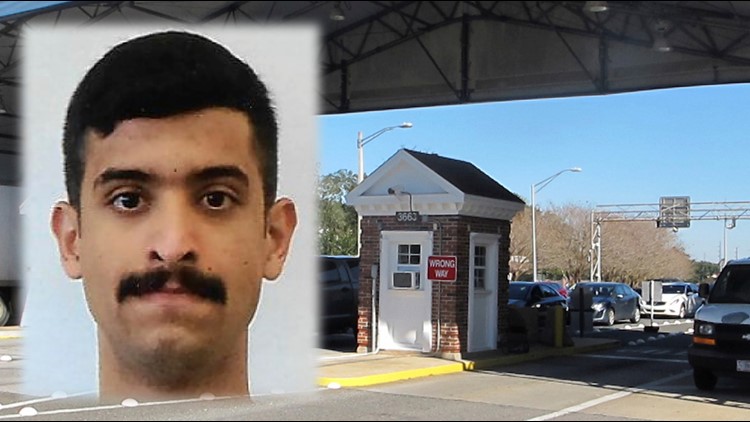 The shooter was a 21-year-old Saudi Air Force second lieutenant going through flight training at Naval Air Station Pensacola. And, during a Monday news conference,  Attorney General William Barr said he was a terrorist.

As investigators began digging into Mohammed Alshamrani's background and trying to uncover his motive for the Dec. 6 attack, flight training for another 175 Saudi students was suspended.

Now, at the request of the Saudi government, 21 will be expelled from the United States, according to Barr. The Justice Department says they all had "derogotory materials."

One had a "significant number of those images," Barr said.

The attorney general said U.S. attorneys reviewed the information and decided there was not enough evidence for federal prosecutions, but the Kingdom of Saudi Arabia determined the 21 cadets "demonstrated conduct unbecoming an officer."

They will be sent home on Monday.

Barr also reiterated the government's request for Apple to assist in the investigation. He said the shooter had two iPhones, and investigators need to find out who he was talking to.

Secretary of Defense Mark Esper told CBS Face the Nation on Sunday that the government is taking steps to make sure nothing like this happens again.

“I've signed out directives that address enhanced screening of all of our foreign students that address credentialing going forward, weapons policies, etc.. So we're doing everything we can,” Esper said.

That will likely provide little comfort to the families of the young men who were killed.

The U.S. Navy posthumously awarded them Wings of Gold.

The Florida Senate will honor them, the survivors and the first responders on Tuesday in Tallahassee.