A Manatee County commissioner accepted blame for picking the site, but Congressman Crist says the governor is to blame. 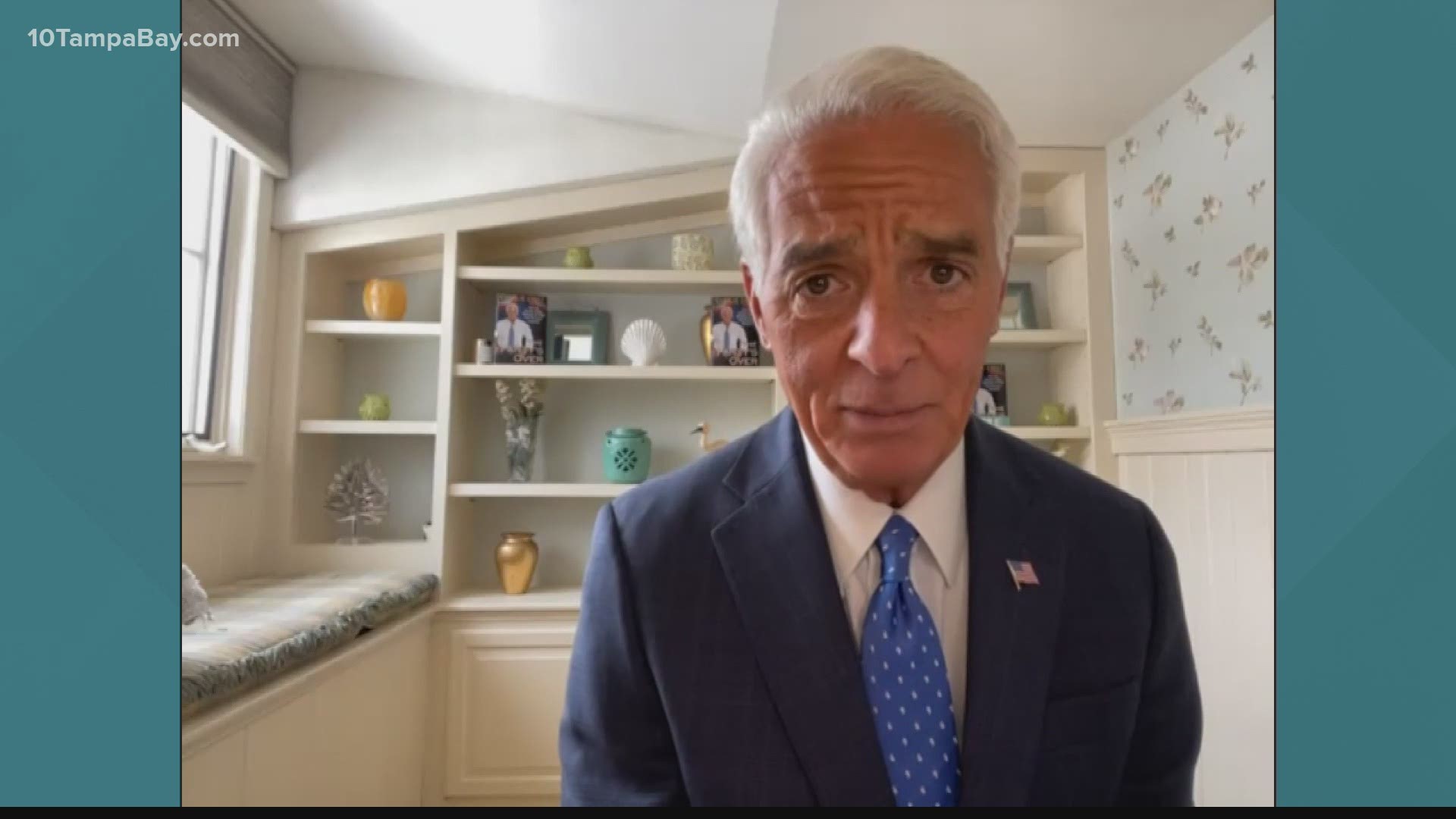 "I was horrified," Crist said. "The notion that the governor is going to come to Manatee County, or anywhere else in the state of Florida, and create one of these pop-ups and sit down in an affluent, mostly white community, probably mostly Republican, you know like The Villages or other parts of Florida, and start doing these pop-ups - you’re not permitting essentially black and brown people, Hispanics, African Americans to have the equal access to a vaccine that’s life saving. That’s unconscionable, " Crist told 10 Tampa Bay.

How did we get here?

It all started last week when Governor DeSantis announced 3,000 doses were going to seniors in up-scale Lakewood Ranch. DeSantis claimed the state chose areas where the vaccination rate was lagging.

The distribution decision is one that raised red flags for some Manatee County commissioners who expressed their gratitude for the additional supply, but wanted a more equal distribution.

County Commissioner Vanessa Baugh admitted she picked the vaccine site and even put herself and a few others on the list to get shots. This went against the county's random lottery system.

"I was shocked that a county commissioner would have chosen select neighborhoods, especially within her own district. It's just something that goes against serving all the people in our community," said Joe McClash, a former Manatee County Commissioner for 22 years from 1990-2012.

Baugh apologized the next day.

The same day that Baugh apologized at a county commissioner meeting, DeSantis told reporters to ask county leaders how they picked the site saying, "I'm not sure."

"You should ask them," he said before reiterating that the vaccine doses doled out at the pop-up site are separate supplemental doses from the 6,000 the county sees weekly.

Crist doesn't buy the governor's response that he allowed local leaders to make the distribution decisions.

"It's 100 percent his control, he's got the vaccine. She does not. She gives advice. He either accepts it or denies it. He accepted it, now he's trying to hide behind her as the decision maker," said Crist.

Rep. Crist says in his letter Lakewood Ranch's parent company is owned "by one of the largest Republican donors in the country, including contributing over $900,000" to DeSantis.

On Monday, Rep. Crist told 10 Tampa Bay, "To make the call that you’re going to essentially discriminate against segments of our society within the state of Florida for a political purpose is gross. I’m sorry, it’s just gross."

Why is Governor DeSantis playing politics with vaccine distribution? His political allies & donors should not get to skip the line. Calling for full DOJ investigation. pic.twitter.com/OTjpkdD1o4