In June, DeSantis sent law enforcement to the southern border after calls for help from Arizona and Texas. 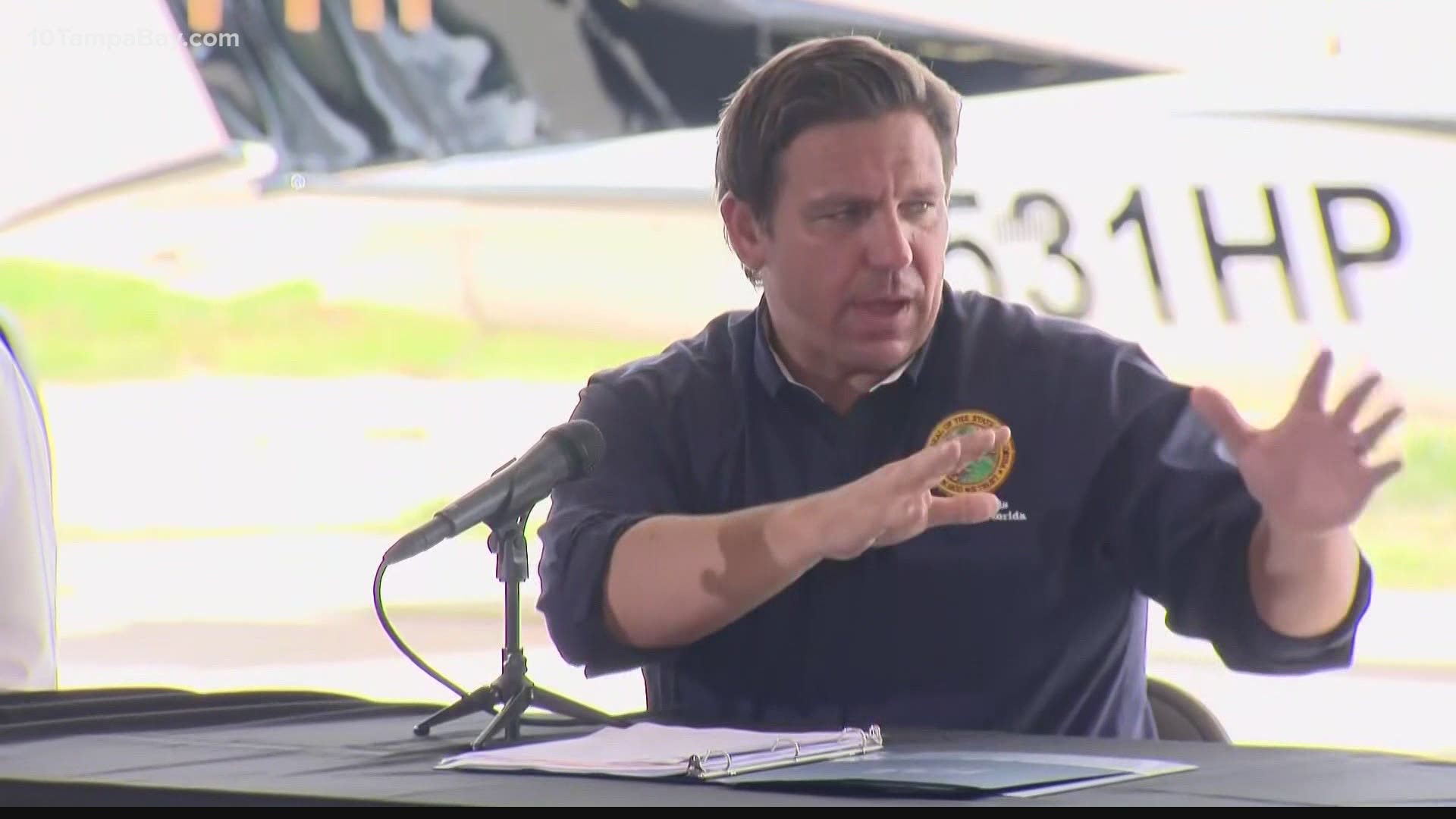 DEL RIO, Texas — Florida Gov. Ron DeSantis and Attorney General Ashley Moody on Saturday made the trip to Texas for a briefing on border security, the governor's office says.

Both Florida leaders met with Texas Gov. Greg Abbott in Del Rio, Texas. They received their briefing from state lawmakers and law enforcement.

Abbott put out a challenge to leaders of others states to "step up" in securing the border, claiming that, in the current fiscal year alone, Texas has set a new all-time record of apprehensions.

"With each passing day, that record is going to do nothing but increase," Abbott said, repeating a refrain he's vocalized in recent months as he embarks on his initiative to construct a border barrier.

Abbott lay the blame on the Joe Biden administration and its "open-border policies," which the governor claimed was leading to the "incredible influx" of people coming across the border. He made it clear he wants to arrest and jail those who illegally cross the border.

DeSantis said many people who are illegally crossing the border have said their destination was Florida. Abbott also mentioned a "reality" that he believes people need to come to grips with -- "almost everyone who comes across the border is going to have a price extracted from them." He alleged the federal government was blind to how some children "even lose their lives."

Last month, DeSantis sent law enforcement to the southern border after calls for help from Arizona and Texas. DeSantis sent 50 state personnel from the Florida Department of Law Enforcement, Florida Fish and Wildlife Conservation Commission and Florida Highway Patrol to deal with what he called a "created crisis."

Arizona Gov. Doug Ducey and Abbott sent a joint letter to the nation's governors earlier this month, claiming President Joe Biden "has proven unwilling or unable" to secure the U.S.-Mexico border, according to the Arizona Republic. Both cited a 20-year high in migrant encounters in May as evidence of an "open-border disaster," the newspaper reported.