Florida ranks 46 in the nation for average teacher salaries. 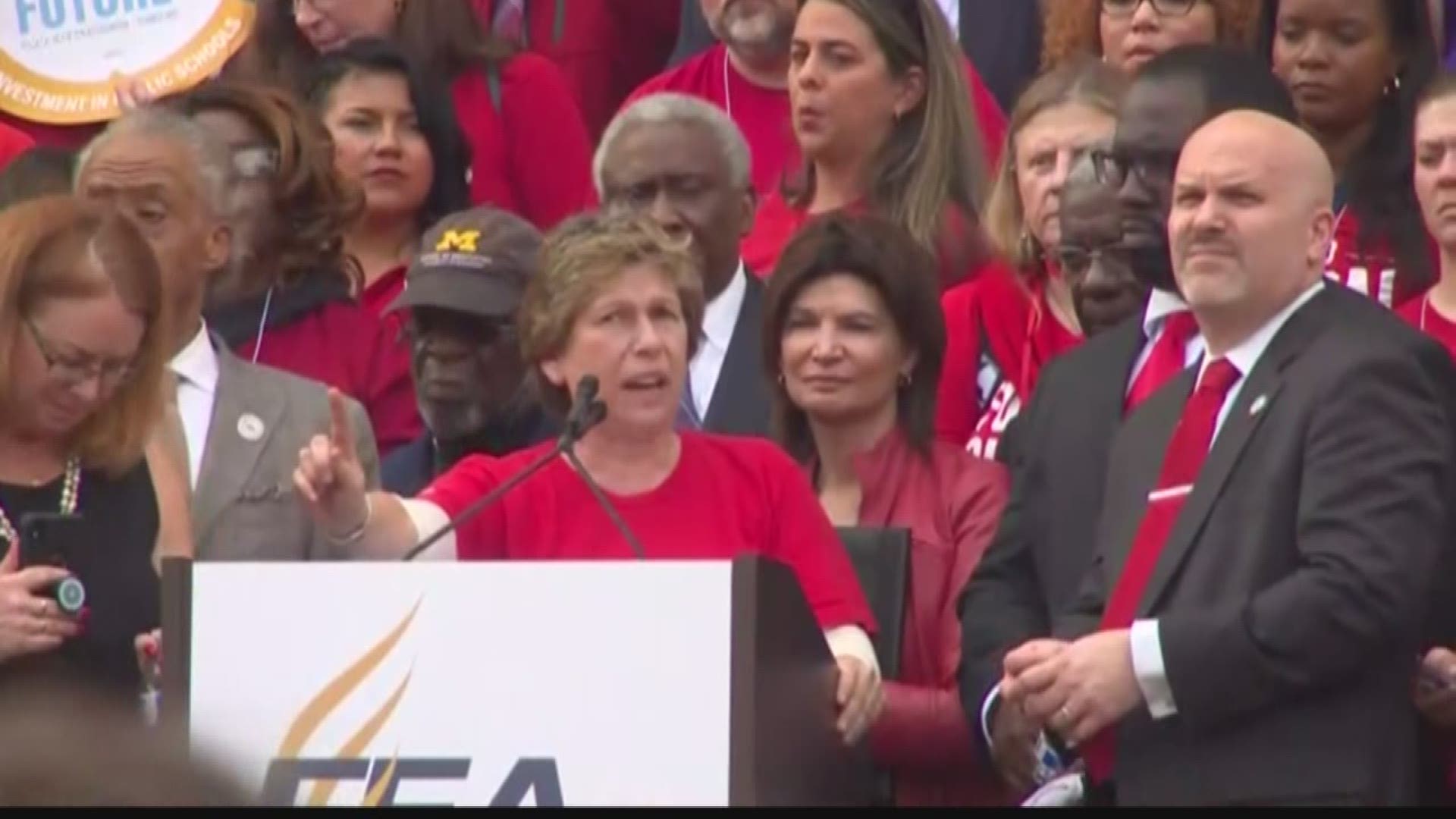 ST. PETERSBURG, Fla — Teachers from across the state headed to Tallahassee for Monday’s “Take on Tallahassee” rally at the state capitol.

Their mission: to demand better pay for the state’s public school teachers.

Florida ranks 46 in the nation for average teacher salaries. According to data compiled by the National Education Association, Florida’s average public school teacher salary for the 2017-18 school year was $48,168, more than $12,000 below the national average of $60,477.

Gov. Ron DeSantis said last year that he wanted to raise the state’s minimum salary for teachers to $47,500, which would represent a 26 percent increase and jump Florida up to number two in the country for highest base pay in classrooms. But, not everyone shared the governor’s can-do attitude.

Senate President Bill Galvano (R-Bradenton), said the Legislature anticipates budget deficits in the coming years and was not sure Florida would be able to afford the increases.

Likewise, House Speaker Jose Oliva (R-Miami Lakes), has raised questions about whether the state budget could absorb the new costs.