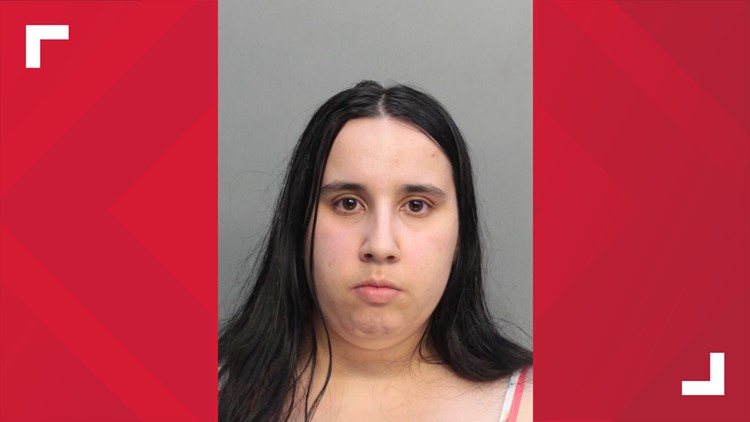 A teenage mom found herself behind bars after allegedly abusing her newborn child inside their Opa-locka home.

According to an arrest report, officers arrived at the home of the baby’s grandmother in Miami Gardens after the woman said she had been notified by her son that the four-month-old male child was being abused by Hernandez.

The grandmother said she went to the house after getting videos from her son, who is currently in basic training for the U.S. Army, that showed the child being struck on his thighs and buttocks by Hernandez as well as the mother shaking a bed violently with the child on it.

A third video showed Hernandez allegedly choking the child with a cord. Rescue crews were called to check on the child’s condition before he was temporarily turned over to the grandmother’s custody.

Hernandez was interviewed by officers and later admitted to the offenses on video, the report said. She was being held on $13,000 bond Tuesday, and attorney information wasn't available.