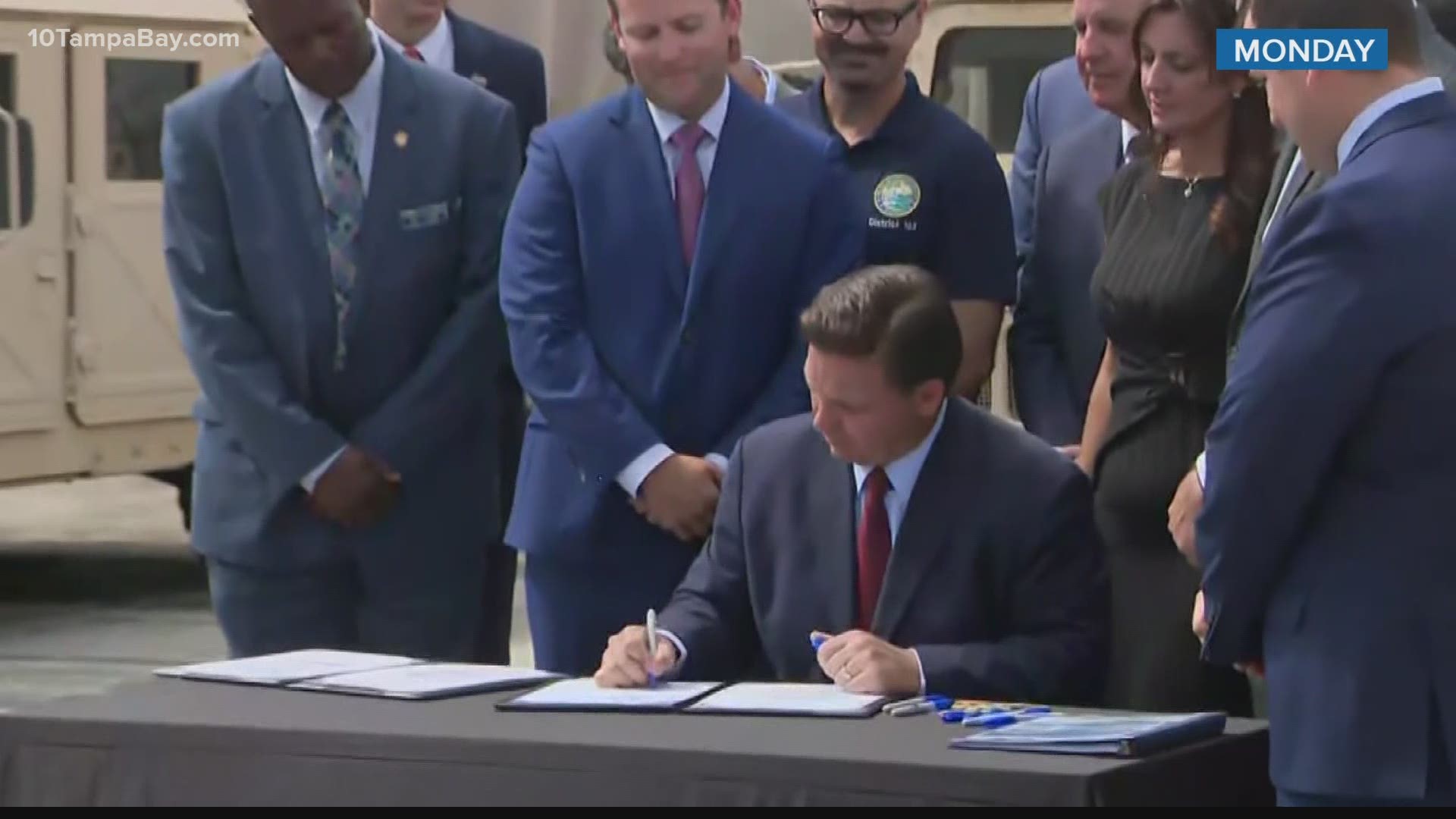 State leaders like House Speaker Chris Sprowls, R-Palm Harbor, say Florida is a growing target for foreign agents who are interfering with our research at universities and institutions.

Signed into law by Gov. Ron DeSantis on Monday, one requires state agencies, colleges, and universities to disclose all foreign gifts of more than $50,000 and strengthens vetting of foreign applicants for research positions.

The second makes the penalties for anyone who attempts to steal trade secrets more severe.

This is typically an area under the federal government's purview.

Both bills received bipartisan support from state lawmakers, but critics say they could deter talented researchers from coming to the state.

While the law is broad enough to cover influence from any foreign nation, backers like Sprowls have taken particular aim at China.

“China is by far the most sophisticated,” Sprowls told 10 Tampa Bay. “It’s not just a question of being taken advantage of it is a question of, globally, that the taxpayers are spending billions of dollars on this research and they’re having it stolen from them.”

There are several recent examples right here in Florida Sprowls and others say make a strong case for this kind of crackdown.

In December 2019, six researchers resigned from Moffitt Cancer Center in Tampa after authorities found they didn't disclose their ties to China.

At the center of the investigation were their connections to China's "Thousand Talents" program.

Moffitt had to return $1 million to the state, which was used to pay for the salary and staff of one of those researchers.

Earlier this year, U.S. leaders accused a former University of Florida professor, who was in living in Tampa at the time, of fraudulently acquiring $1.8 million in federal grant money while hiding support he received from the Chinese government. The former professor fled to China in August 2019.

Critics say these laws could lead to professors and students being unfairly targeted for the alleged actions of a few and, at worse, that this is a policy rooted in xenophobia.

“I don’t think that people who are engaged in good behavior have anything to worry about,” Sprowls said in response to those criticisms.

“We have to be more vigilant than we've been before—we don't shut people out, we ask questions and we make sure we're tracking information."