"The Twenty-Fourth Amendment precludes Florida from conditioning voting in federal elections on payment of these fees and costs," the ruling reads. 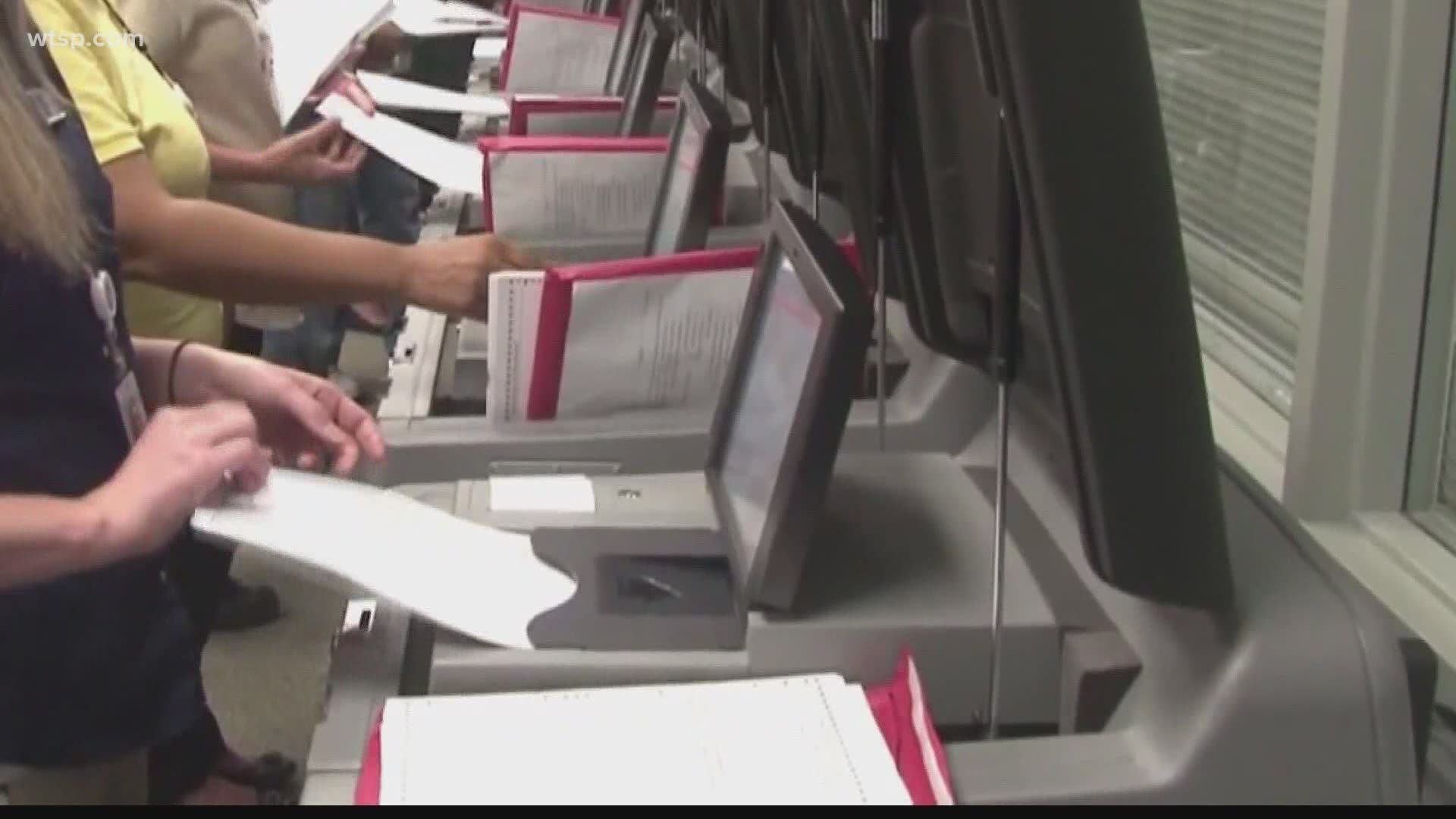 TALLAHASSEE, Fla. — A federal judge says felons in Florida cannot be restricted from voting if they cannot pay court fines, fees, costs and restitution as part of their sentence.

The state's Amendment 4 allowing felons to regain the right to vote was overwhelmingly approved by voters in 2018. In January 2019, the Republican-controlled Florida Legislature passed a bill that later was signed by Gov. Ron DeSantis stipulating all legal financial obligations must be paid before voting rights could be restored.

Confusion ensued over the law as supporters said it was meant to clarify the voter-backed amendment. Critics argued the law made it almost impossible for a felon to register because Florida has no centralized system of record-keeping in how much in fees a person owes.

U.S. District Judge Robert L. Hinkle called Florida's law a "pay-to-vote system." In siding with the plaintiffs, the 125-page ruling says, in part, the state's requirements to pay fees and costs as a condition of voting is unconstitutional because they can be likened to taxes.

"The Twenty-Fourth Amendment precludes Florida from conditioning voting in federal elections on payment of these fees and costs," Hinkle wrote in his ruling.

RELATED: Felons must pay to have voting rights restored. But few know how much they actually owe.

However, the ruling also requires the state to determine how to figure whether a felon is too poor to pay by having them request an advisory opinion from the Secretary of State. If the state cannot calculate how much fees and restitution are owed and provide that information to the felon within 21 days, the state must allow a felon to register to vote.

"The requirement to pay a determinable amount of fines and restitution as a condition of voting is not unconstitutional as applied to those who are able to pay," the ruling reads.

There are 773,000 felons who have to pay fees before they can vote, according to earlier estimates by the University of Florida.

The Brennan Center for Justice at the NYU School of Law, one of several groups and felons that brought the case, called the ruling "a historic win for voting rights."

"Judge Hinkle told the state of Florida what the rest of America already knows. You can’t make wealth a prerequisite for voting," said Sean Morales-Doyle, the organization's senior counsel. "This ruling opens the way for hundreds of thousands of Floridians to exercise their fundamental right to vote this November — and our democracy will be stronger for their participation."

DeSantis' office responded to 10 Tampa Bay in saying it is reviewing the judge's ruling. 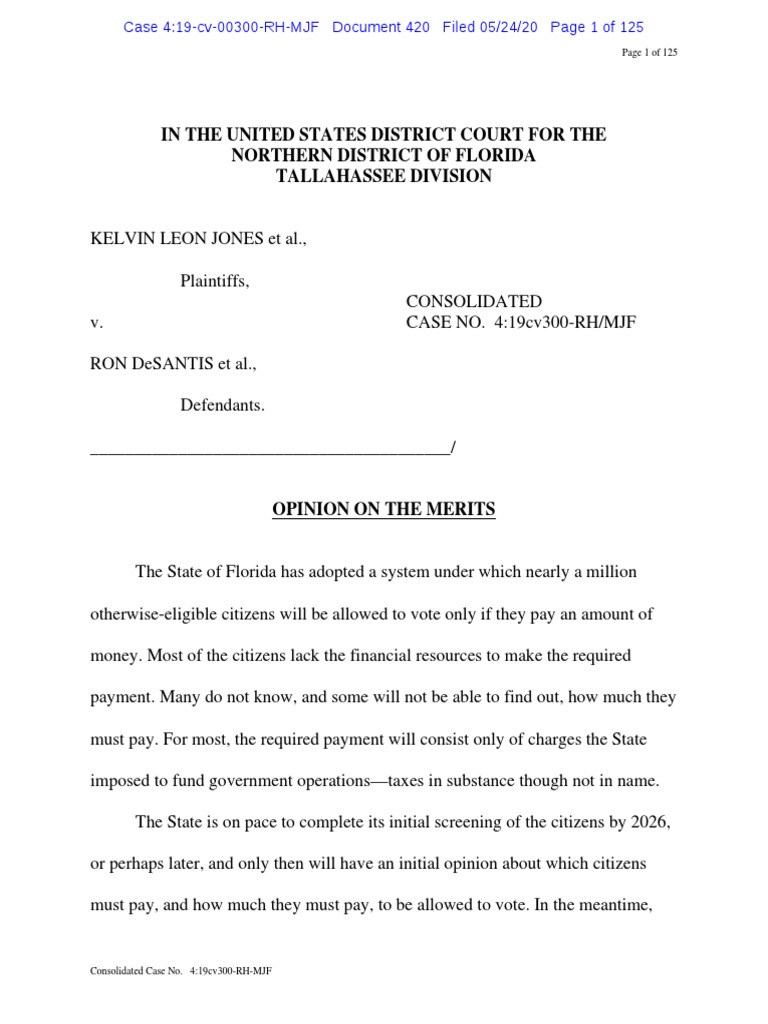 If they can't pay, judge says Florida felons can still vote | Fourteenth Amendment To The United States Constitution | Lawsuit | Free 30-day Trial | Scribd
Page 1 of 125 NORTHERN DISTRICT OF FLORIDA TALLAHASSEE DIVISION Plaintiffs, CONSOLIDATEDv. CASE NO. 4:19cv300-RH/MJF Defendants. _________________________________________/ The State of Florida has adopted a system under which nearly a million money. Most of the citizens lack the financial resources to make the required payment.