Gov. Ron DeSantis said the tens of thousands of Floridians who are out of work due to the closure of the industry have suffered for too long. 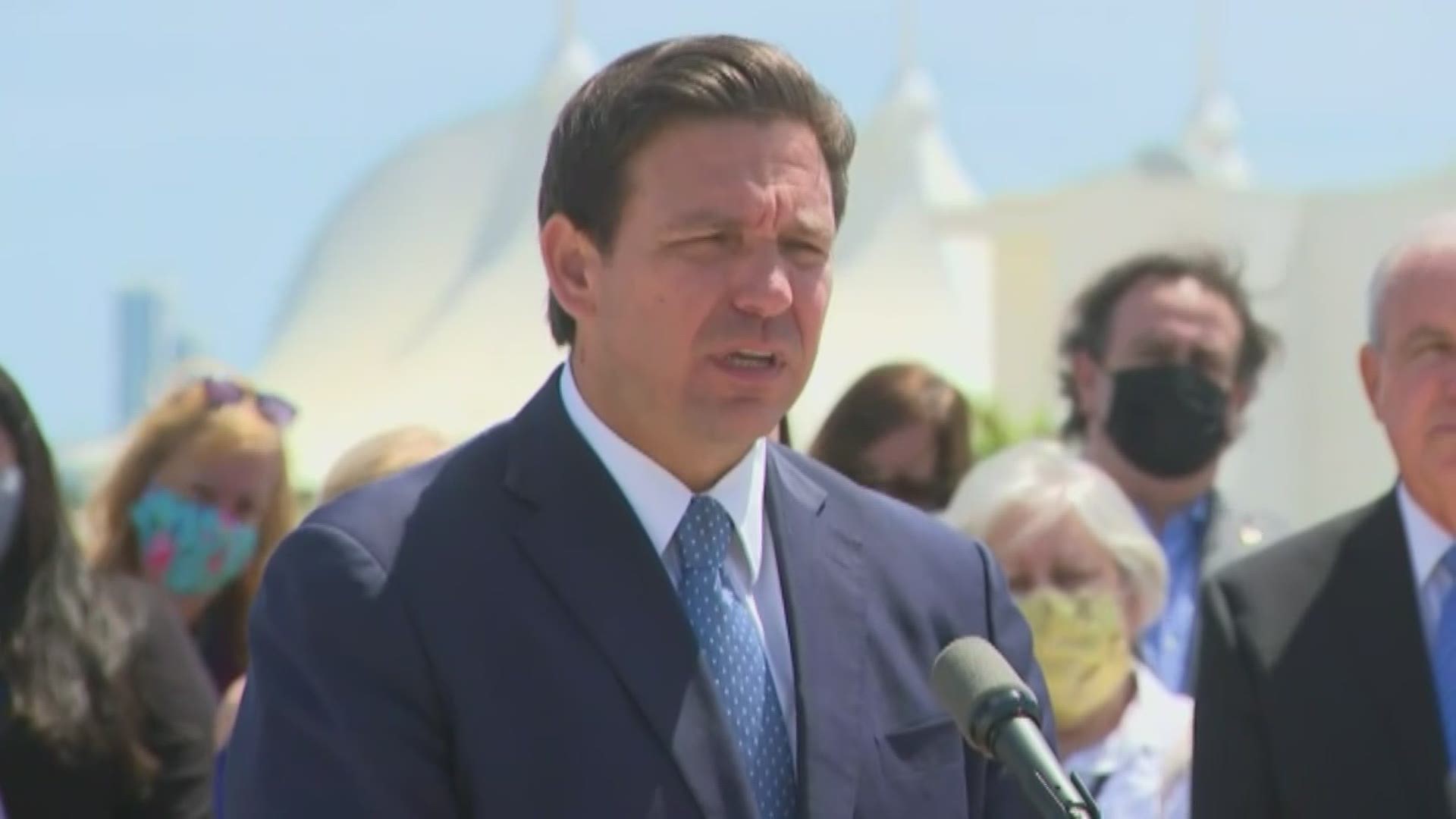 JACKSONVILLE, Fla. — During a press conference in Miami on Thursday, Florida Governor Ron DeSantis announced that the state would be filing a lawsuit demanding that the cruise industry in Florida be reopened.

DeSantis said the lawsuit will be against the Biden administration and the Centers for Disease Control (CDC).

"I'm happy to announce that on behalf of the tens of thousands of Floridians whose livelihood depends on the viability of an open cruise industry, today Florida is fighting back," said DeSantis.

He says that the state has every legal right to file the lawsuit and that it's a measure that has been long overdue as more Floridians get vaccinated.

He says that people flying to other countries to go on cruises and spending money that could have spent in Florida is deeply hurting the state's economy.

DeSantis said the tens of thousands of Floridians who are out of work due to the closure of the industry have suffered for too long and wants the federal government to lift the no sail order on cruises.

"What people need is to connect, they need to go back to work," said Monica Sabatta, a former cruise industry employee. "...We're really at our wit's end at this point."

Moody says sixty percent of the nation's cruises come out of Florida which equals roughly $8-billion dollars injected into the state's economy.

The United States marked its one-year anniversary of the CDC’s no-sail order on March 14.  Previously, the CDC has indicated the no-sail order will remain in place until Nov. 1, 2021.

“If there is one thing we’ve learned over the past year, it’s that lockdowns don’t work, and Floridians deserve the right to earn a living,” said DeSantis during a roundtable discussion last month. “The cruise industry is essential to our state’s economy and keeping it shut down until November would be devastating to the men and women who rely on the cruise lines to provide for themselves and their families."

RELATED: Florida's DeSantis quietly gets COVID vaccine while other governors do so publicly