In 2019, Darryl Ewing was charged with aggravated manslaughter in Jacksonville after a baby left in his daycare van died. 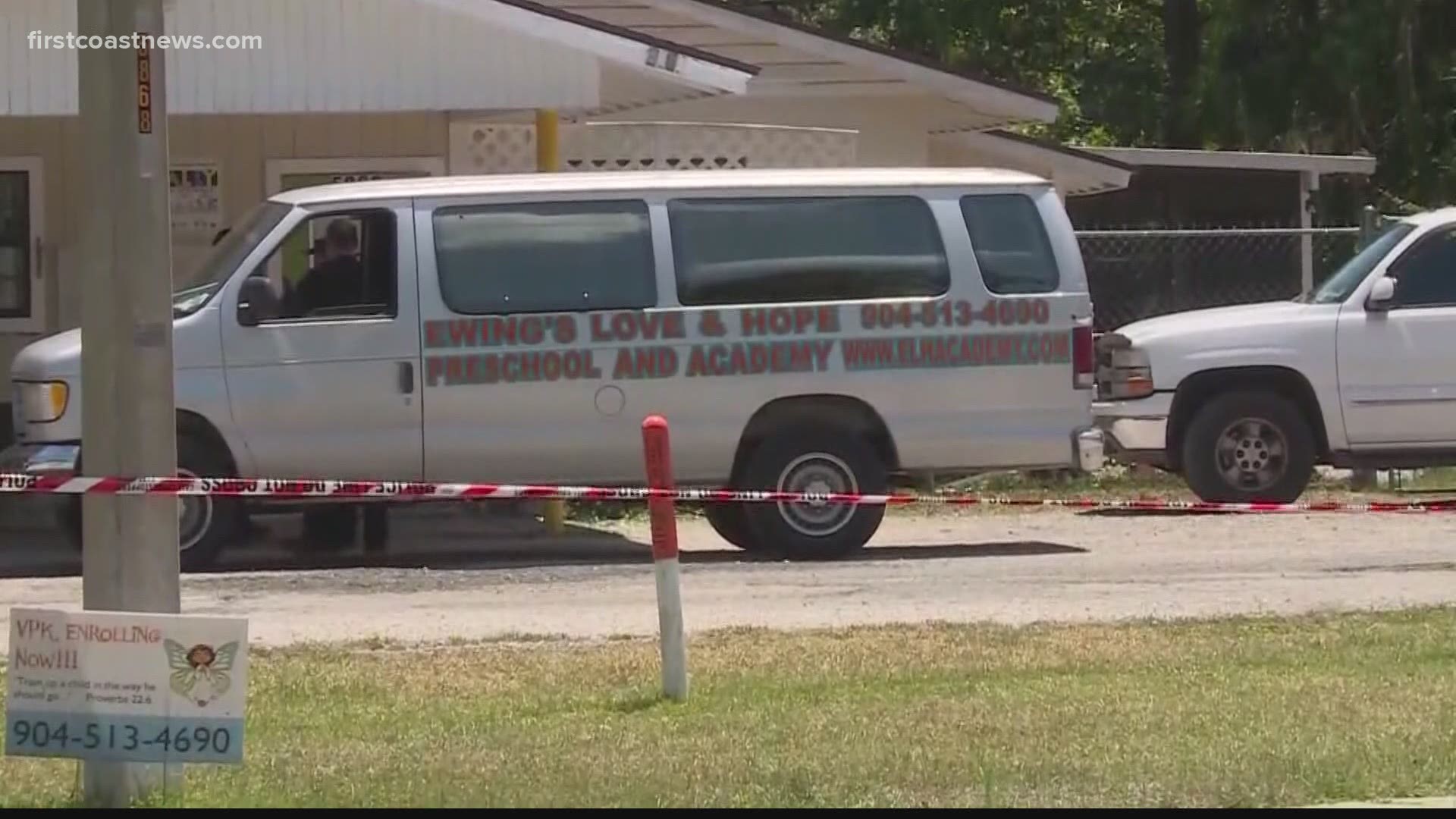 One of those bills aims to reduce the number of hot car deaths here in Florida, specifically at child care facilities.

SB 252, also known as the “Child Safety Alarm Act,” requires that all vehicles used by daycare facilities to transport children must be equipped with an alarm system that reminds the driver of the vehicle to check for any children who may have been left behind.

All vehicles must have this alarm system installed by Jan. 1, 2022.

“It's a bill that's been introduced a couple of times a couple of different years. And it has never made it all the way across the finish line," Denise Marzullo, Early Learning Coalition of Duval President and CEO said. "So, we were really excited this year, that it's actually going into effect.”

Locally, a man who left a 4-month-old to die in a hot van in Jacksonville must spend the anniversary of the child’s death in the Duval County Jail – each year, for the next seven years.

Darryl Ewing, 58, was charged with aggravated manslaughter in 2019 after a baby left in his daycare van died.

RELATED: Vigil held for 4-month-old girl who died in a daycare van

Ewing was at the time co-owner of Ewing’s Love & Hope Preschool and Academy on Lennox Avenue, which was closed by the state after the child’s death.

“It was a very tragic case here in Duval County,"  Marzullo said. "And I can assure you that the provider did not intentionally do anything wrong. But, if this alarm act had been in place back then, that never would have happened. So, tragedies like that are now going to be prevented, because of the efforts that our legislators took this year in session.“

Currently, the Department of Children and Families protocol for childcare transportation includes keeping a log of children who get in and out of a bus or van.

However, Marzullo believes the help of technology to remind drivers to check for children left behind will be significant and give First Coast parents peace of mind.

In documents included with the House's Child Safety Alarm Act, it states that devices can be bought for less than $160, but it could cost almost $500 to install.

“For our childcare providers, we understand that they're burdened with a lot of costs. The coalitions and the state are doing everything they can to try to get as much money into the hands of our providers, especially given the circumstances around COVID-19," Marzullo explained. "But, I really do think that this is a critical measure to protect our children.“

The bill also requires annual inspections of daycare vehicles and limits the number of children that may be transported in such vehicles.