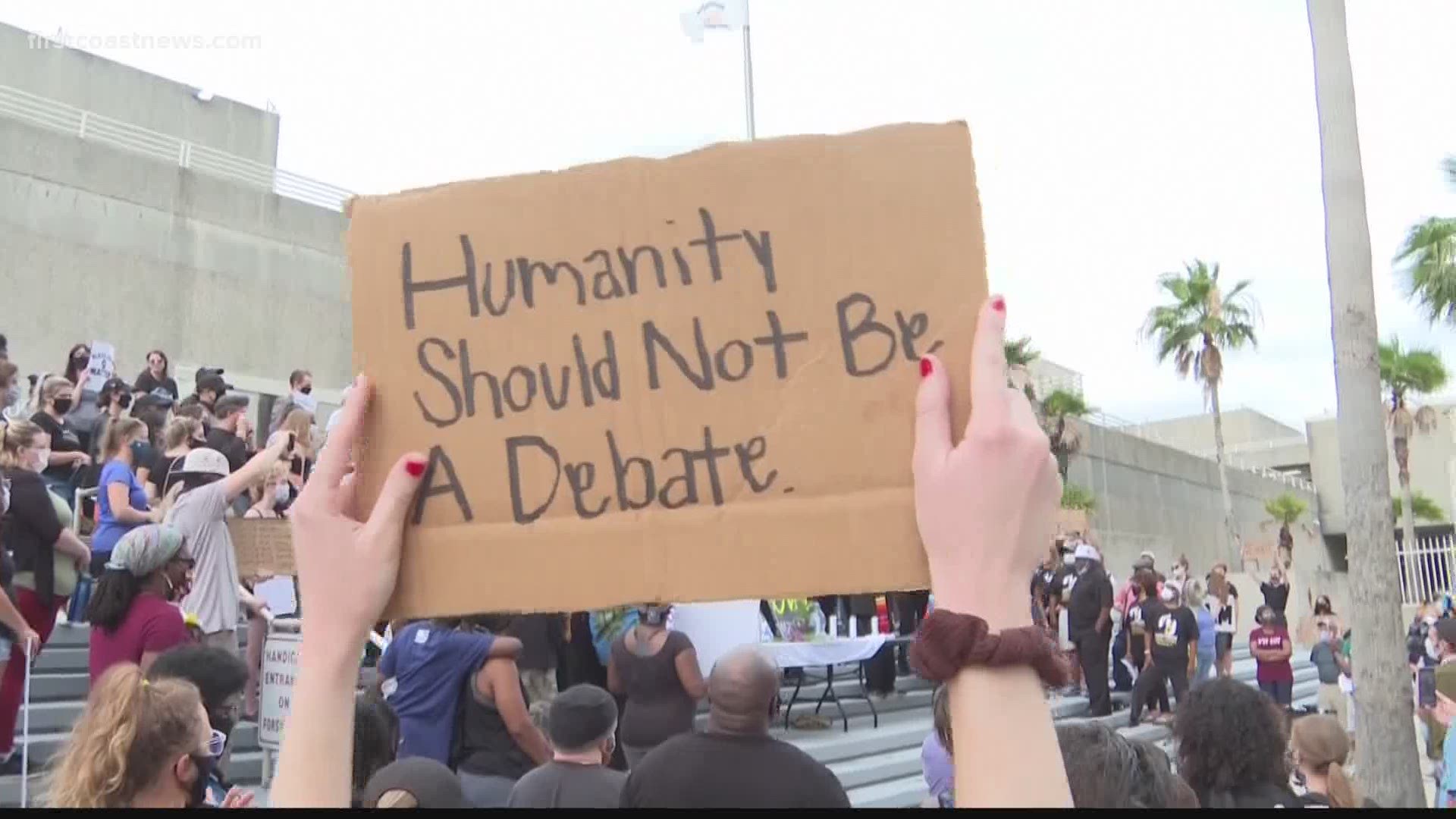 JACKSONVILLE, Fla — Gov. Ron DeSantis unveiled a bill Monday aimed at imposing felony charges for those who participate in "violent, disorderly" assemblies in the state of Florida.

During a news conference at the Polk County Sheriff's Office in Winter Haven, Florida, the governor said his legislation, titled "Combating Violence, Disorder and Looting and Law Enforcement Protection Act," would be the focal point of the 2020 legislative session.

If approved, anyone who is arrested at "violent, disorderly" assemblies could face third-degree felony charges and be denied bail until their first court appearance.

The legislation also proposes a mandatory jail sentence of "at least six months" to those who attack law enforcement officers at said protests.

Additionally, DeSantis said he also wants to crack down on cities that threaten to defund the police.

"If you defund the police, the state will defund any grants or aids coming to you," he said.

According to the governor's office, the Combatting Violence, Disorder and Looting and Law Enforcement Protection Act has three components:

Watch the news conference below: