A former Florida Panhandle reform school known for horrific abuse might have more discoveries yet to be unearthed. 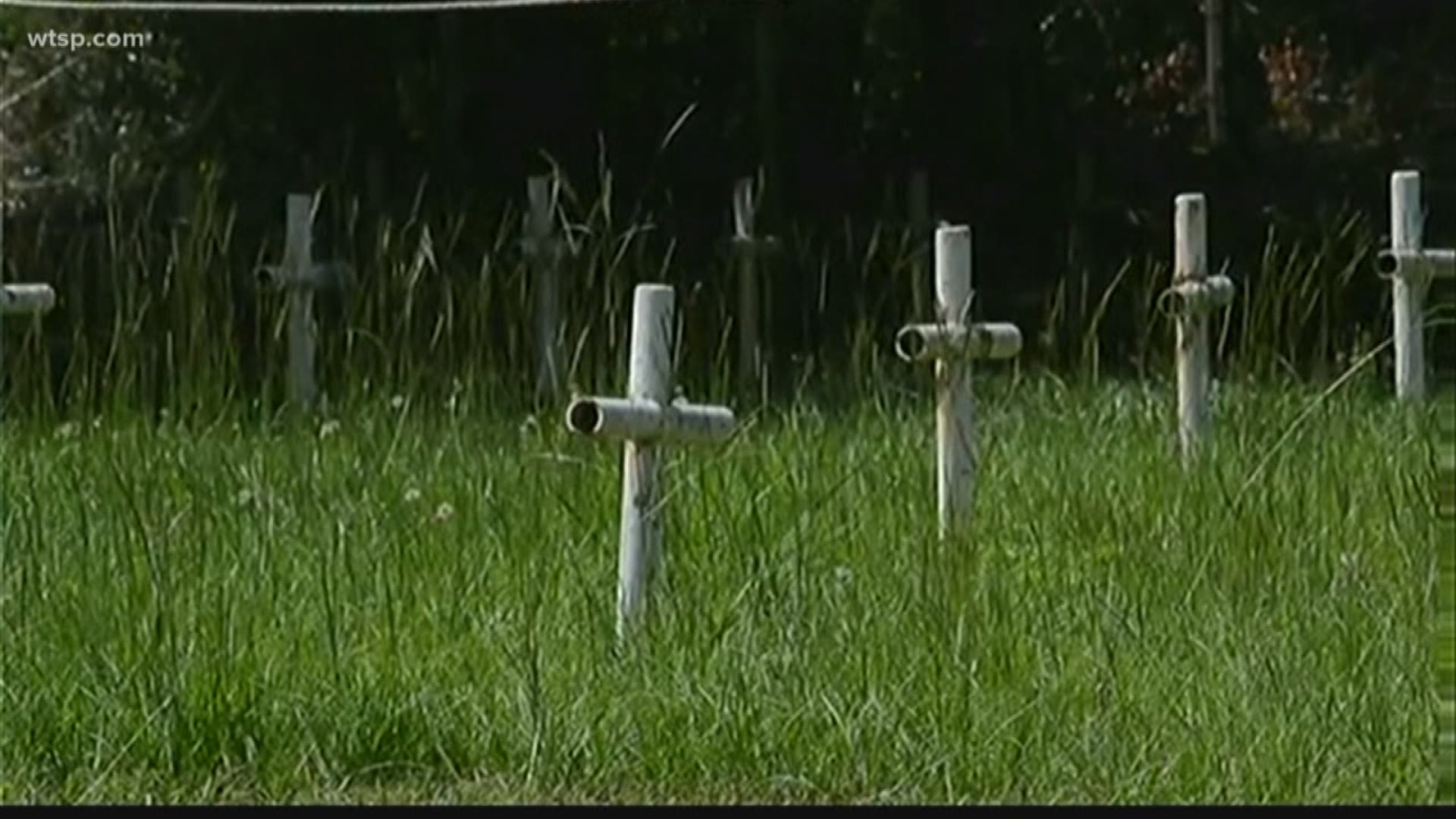 MARIANNA, Fla. — It was a house of unspeakable horror for generations of young Florida boys.

Former students like Charlie Fudge say they have no doubt more unearthed remains lie beneath the grounds of the former Dozier School for Boys in the state's Panhandle.

On Monday, researchers returned to the school known for horrific abuse, where the remains of 55 people were found after the state shut its doors in 2011.

Investigators are on a mission to see if 27 "anomalies" discovered by a contractor using ground-penetrating radar on the 1,400-acre site in Marianna, about 60 miles northwest of Tallahassee, are human graves.

Fudge was just 12 years old when he was sent to the school in 1961 for "acting out" after his parents divorced, he said. He and his three brothers all attended the school.

He endured a brutal beating within days of arriving, Fudge said.

“I got the worst beating of my life," he said. "These beatings were with a leather strap, approximately three feet in length and four inches in width, and they made you lay and bury your head in a dirty pillow and hold your hands to the cot until they were done beating you.”

Fudge said he and his brothers never spoke about the abuse to each other because they were threatened never to discuss it with anyone. Fudge fears one of his brothers, who has since passed away, was raped while attending the school.

Fudge is now part of a group of survivors known as the "White House Boys," a reference to a white, concrete building on campus where many of the beatings were said to have happened.

Members of the group began sharing their stories about a decade ago. Fudge says the latest effort underway is what the "White House Boys" have been advocating for since the group's inception.

“I’m grateful to the governor and state for pursuing a final end to this," Fudge said.

The state opened an investigation into the facility's past in 2009 before the school was closed in 2011. The Legislature apologized for the abuse two years ago with many of the survivors gathered at the Capitol for the vote.